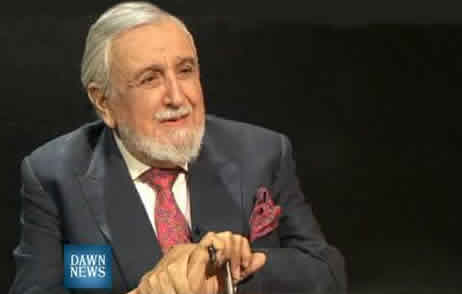 Of course he was not a beloved, not at all as he was always outspoken against the administration, the establishment, the government, and every tom, dick and harry who were throwing and promoting nuisance and garbage on different pretexts to promote their self-interests. He was against corruption and nepotism and so he was hated by the caretakers of the administrative gear of this country. He was not a welcomed personality in the corridors of power where compromise is the currency and adjustments are the way to go. He was not a Pakistani which could be owned and adopted by the pure and guided as he was a non-Muslim, and a secular. Despite all these attributes, Ardeshir Cowasjee was an inspiration for his readers, a hope for right to express and independence, a support in the fight against corruption and nepotism.

He influenced young generation with his honest, loud and uncompromising articles. Something which is dearly missed in today’s media of Pakistan, you can find sympathizers with one or other of the players in power and politics,  you can see people criticizing one to promote other, one hates Zardari but loves Nawaz, the other doing the same other way round and their columns are published side by side, here is one to support Martial law and another one to praise Judiciary, there it is the report on how well development plans are carried out by this government or that government, you see big pictures and coverage of openings of mega projects and big developments, here is one which says economy is rising and alongside another one depicting a gloomy picture and predicting the end very next day; and in all of this we dearly miss the journalist who was critical but honest, which was not a friend to anyone but in touch with all, whose job was to promote good governance through keeping an eye on state of affairs and pointing to the faults and problems without fear. Well we have lost that society where we needed such sense of duty and responsibility, and Cowasjee was one of the few who still belong to that society. It is not that one is to agree with all of his beliefs and opinion, but one is to appreciate his commitment to what he believed was right and the honesty with which he wrote persistently on issues of corruption and incapability of administration to deliver projects which could be really beneficial to the public. He was a vocal critique of politicians and politics of the country and against the rise of religious sentiments in all walks of life. We may differentiate with him on his views towards the politics of country but we should accept him as an honest critic which is a necessity to keep things rolling in a true democracy. How bad that we do not have many like him.

He adored Karachi and that is the city he endured and tried to protect from a changing demography and greedy incompetent caretakers and administrators under ill governance and corruption.

As said earlier, Cowasjee was a person who was not required in the picture of Pakistan we try to paint; he was for a secular and liberal Pakistan free of corruption and other evils, free from religious zealots and hate mongers, free from self-serving, corrupt and incapable bureaucrats and technocrats, free from the yoke of feudalism and its ethos, free from the politicians who have no commitment for an ideology but who can only stay with power. It appears from his words that he had no trust remained on us, he accepted that there would not be no improvements or betterment, but what he really wanted to advocate was the believe that only educated, capable, honest and dedicated people can change the destiny of this country, he was not against democracy as many try to portray him, but against the democracy where only privileged have rights and none else.  If any one said  that the country is the best no matter what the problems are, he was not ready to accept it and very rightly termed all such claims as baseless, he wanted young and educated to come forward and strive to make change wherever they can and that includes politics, he always had hope from young people. At the end, He expressed that he had done his job and to continue to repeat the same was not what he wanted to do, it did not look good on him to repeat himself and so he quit.

We will remember him as a crusader on his own accord and terms. And we will miss him as today it is hard to find people who can stick to their ideology and faith when compromise is considered the only way forward no matter if it is at the cost of truth and commitment. Rest in Peace Sir!