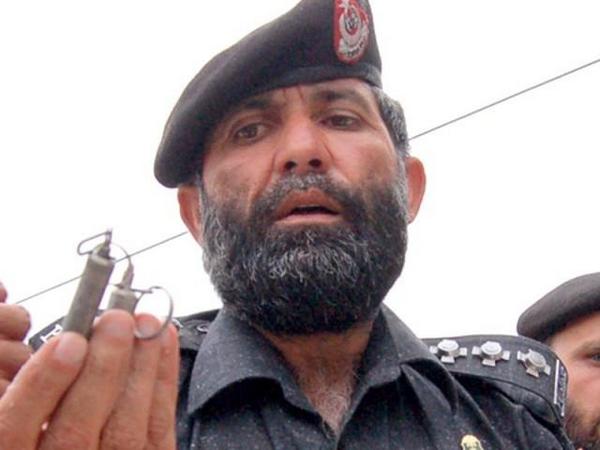 His class, ethnicity and mission mean that his heroic death will remain unsung in Pakistan. We will see no vigils and demonstrations in Karachi, Lahore and Islamabad.

Pakistan’s Punjabi-Urdu dominated urban elites often equate all Pashtuns with the Taliban. Nothing could be further from the truth. In the last four decades, thousands of honourable Pashtuns including tribal leaders, political leaders and activists of ANP, PPP, moderate clerics, have been killed for opposing the Taliban and the so called Mujahideen. Honourable mentions include Safwhat Ghayur, Mian Rashid Hussain (the only son of Mian Iftikhar Hussain), moderate Deobandi and Salafist scholars (eg Dr. Farooq and Maulana Hasan Jan), Shia Toori tribes of Parachinar etc, who laid their lives only because they opposed suicide bombing and violence by Takfiri Salafist-Deobandi militants (i.e., Taliban, Lashkar-e-Jhangvi/ASWJ etc).

In the same vein, we cannot forget the services of Hukam Khan of Peshawar Police bomb disposal squad who was killed in the line of duty (Friday, 28 Sep 2012) while trying to save innocent civilians from Takfiri Salafist-Deobandis’ death machines.

One of the most talented experts of the bomb disposal unit (BDU), Hukam Khan, who defused around 200 bombs during the current year only, was killed while neutralising explosives planted near the Frontier Road on the boundary between Peshawar and Khyber Agency on Friday. Hukam Khan was manually defusing explosives and had successfully neutralised one of the improvised explosives devices (IEDs) when the militants triggered another one planted nearby through a remote-controlled device. Despite losing their key man, the BDU experts continued sweeping the area and defused four other IEDs planted by the militants in nearby areas. An encounter took place between the fleeing militants and the policemen. The police claimed to have gunned down a militant and injured another. (Source)

Mr Khan saved thousands of lives by defusing dozens of bombs in his career. Mr Khan was rushed to the city’s Matni neighbourhood after hearing that insurgents had planted two bombs near a road used by security convoys travelling to the Khyber tribal region. In other words, yet another police officer was killed in a bid to save Pakistan Army from attacks by monsters created by Pakistan Army. As usual, Police are the convenient canon-fodder in Deep State’s scheme of things.

Mr Hukam, 49, belonged to Pasani village of Mattani area on the outskirts of Peshawar. He joined police as a constable in 1978. His three sons, Akram Khan, Bilal Khan and Adam Khan, also serve in police. Khan had defused more than 700 bomb during his career.

Peshawar is near Pakistan’s tribal belt – a stronghold of Taliban, al-Qaeda and Sipah-e-Sahaba (Takfiri Deobandi) militants. Violence from the tribal regions has in recent years spilled over into the city. Thousands have died in bomb and suicide attacks in Pakistan in recent years.

Lauded for his valiant nature, Khan’s colleague and junior Zarshaid Khan said that “Khan was my senior and an expert in his field. Together, we found and defused complex booby traps laid out by terrorists to kill innocent civilians.” On Friday morning, police was informed that militants had planted a bomb in the area under the cover of darkness. Khan was called to locate and defuse the explosive device. Upon reaching the site of the reported sighting, Khan began diligently scouting round for signs of a planted bomb. An eyewitness, police constable Ijaz Khan told The Express Tribune that “when Khan saw a pile of bricks, he said he had found the bomb and asked all of us to step away for our safety. But before he could defuse the trigger, a huge explosion occurred” (Source)

Government of Pakistan has announced Sitara-e- Shujaat for Hukam Khan in recognition of his services and great sacrifice. Government has also announced that a son of Hukam Khan will be recruited in a government agency (FIA).

It is high time that Pakistan Army generals reconsider their flawed policy of appeasing and protecting the Jihadist proxy militants, particularly Takfiri Deobandi-Salafists, who have brought nothing but death and destruction to Pakistan and Afghanistan.