About the author: Karrar Hussain is a freelance writer based in Hyderabad. He tweets at @KarrarrHussain.

Protest against Shia Genocide in Chicago ignored by Pakistani media

Shia Muslims in the United States held a protest outside Pakistani Council General in Chicago on Friday, September 21, against the ongoing Shia genocide in Pakistan. A large number of people including women and children participated in the protest.

Carrying banners and placards inscribed with different slogans, the protesters condemned the apathy and inaction of Pakistani government, and the silence of international community, especially the United Nations, on the genocide that has so far taken more than 19,000 lives; permanently maiming thousands, and resulting in displacement and migration of a big number of Shias. Participants also chanted slogans against media’s silence.

The protest was significant as it was attended by non-Muslim Americans too. As killings of Shia Muslims in Pakistan are increasing, the community is organizing peaceful protests not only in the country but also around the world to draw attention towards the genocide.

Predictably, it went unreported in the Pakistani print and electronic media despite the presence of correspondents of all Pakistani media groups in the United States. Similar rallies and protests have been held in all parts of Pakistan which have barely got any coverage. Ironically, not until a procession is targeted by the ASWJ-SSP-LEJ-Taliban militants do the media cover it; only to increase their ratings with breaking news and gory scenes.

It is observed that media not only tries to keep the Shia genocide unreported but also misrepresent it with terms like sectarian violence, tribal conflict, personal rivalries and ethnic killings; calling the ASWJ-SSP-LEJ-Taliban terrorists as miscreants.

Lately, Express Tribune has started publishing interviews of SSP-ASWJ leaders in which they announce their future strategy against Shias in Pakistan. Such interviews are also published so that the banned leaders have the legitimacy in future to speak on public forums.

Ignoring a protest against Shia genocide in Chicago in front of Pakistan Council General and giving banned ASWJ-SSP-LEJ leaders space in media calls to question the credibility of media which claims to be independent and unbiased. 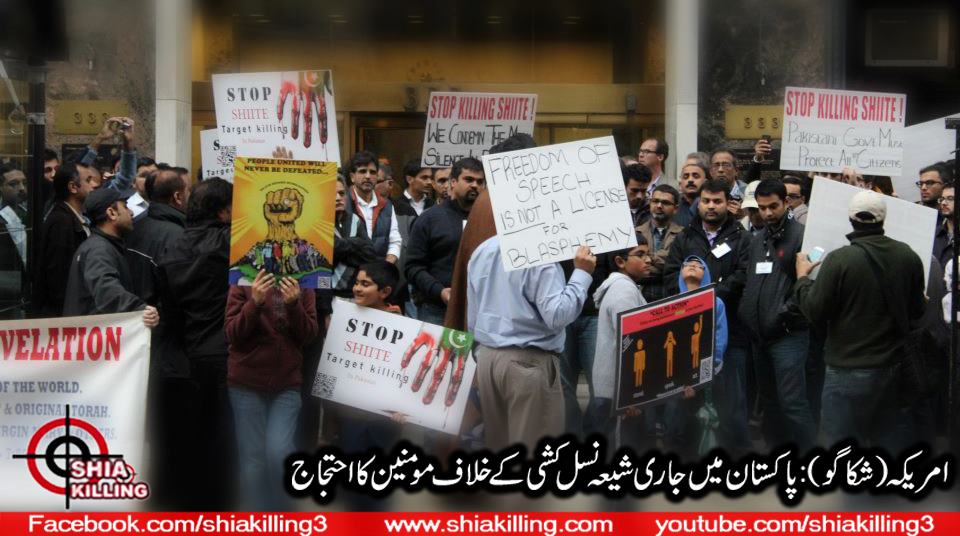 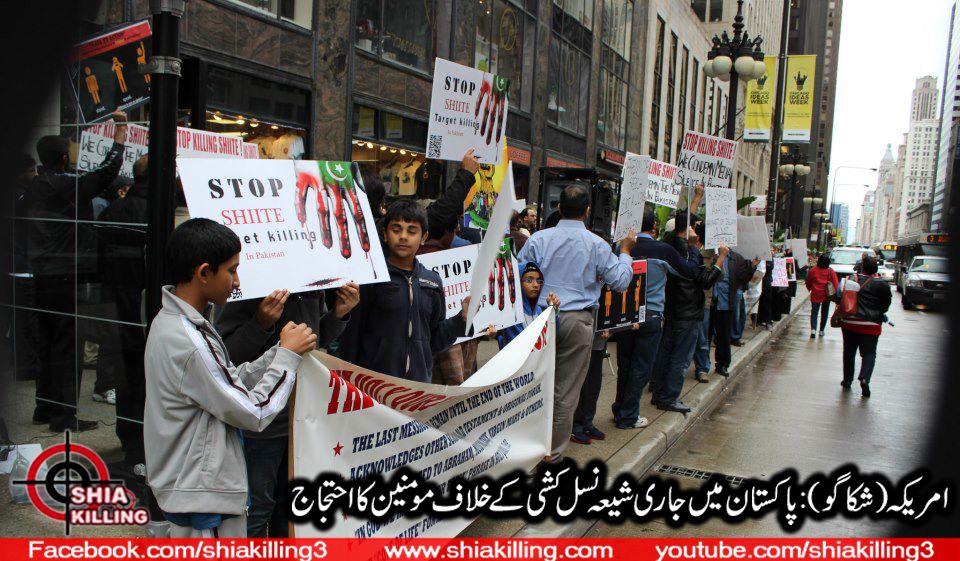 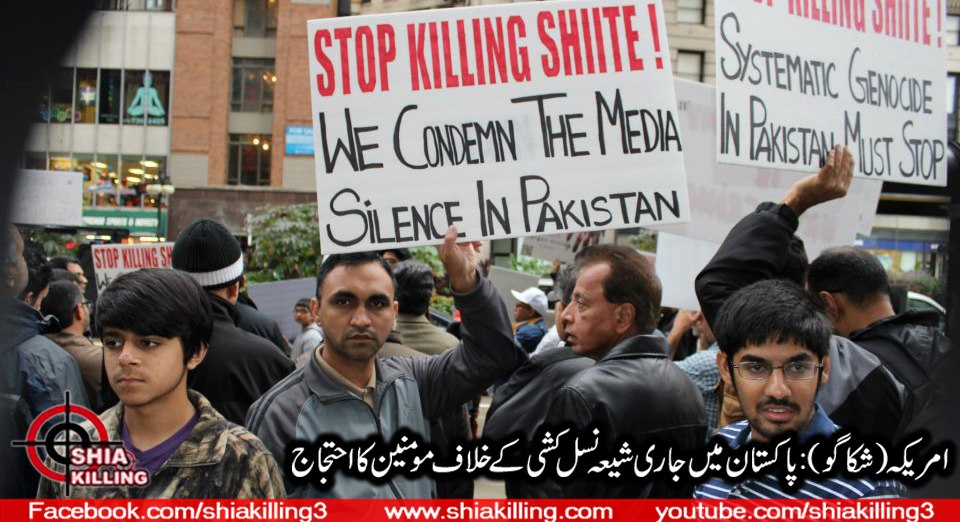 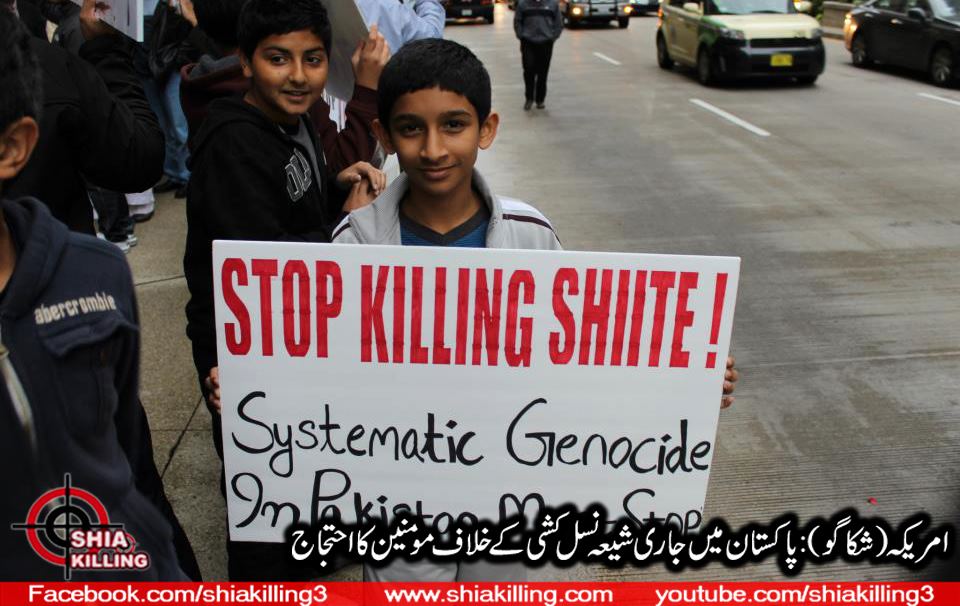 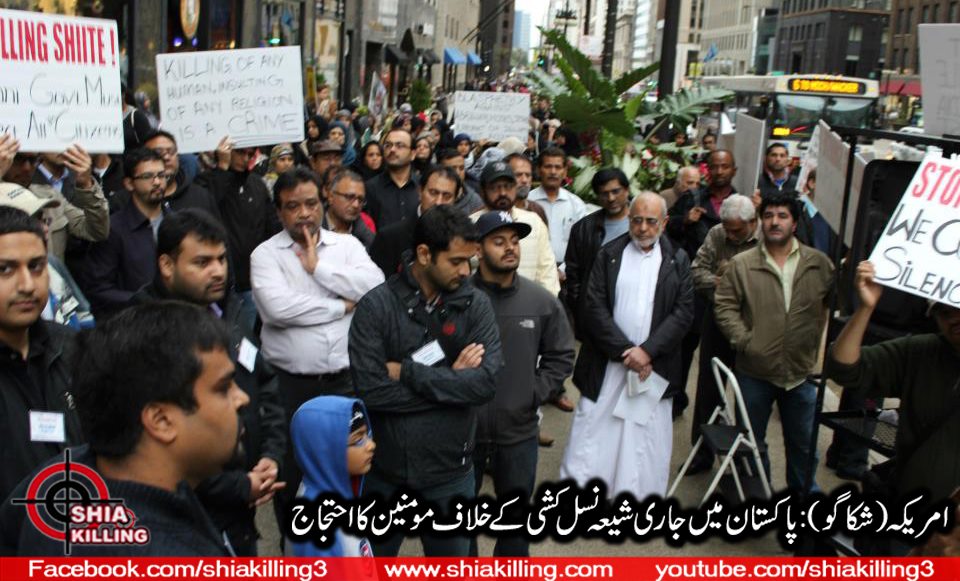 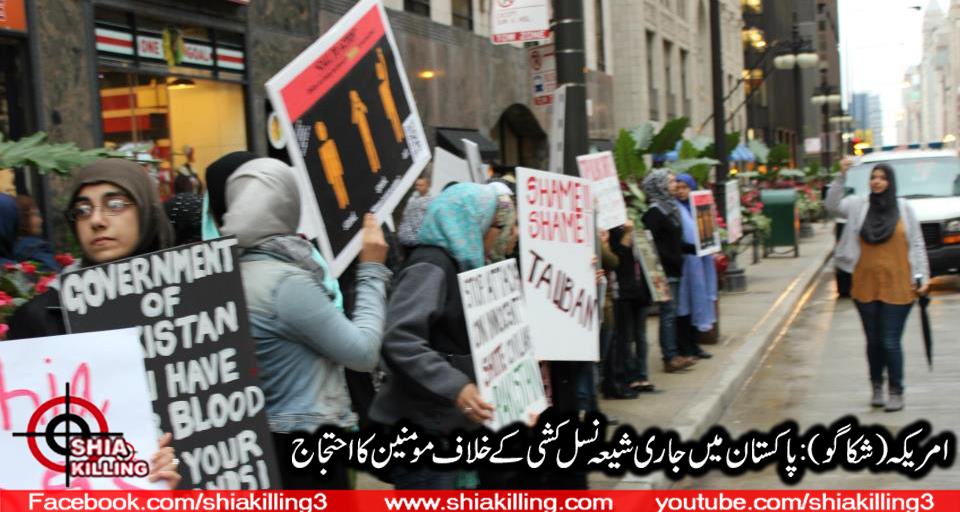 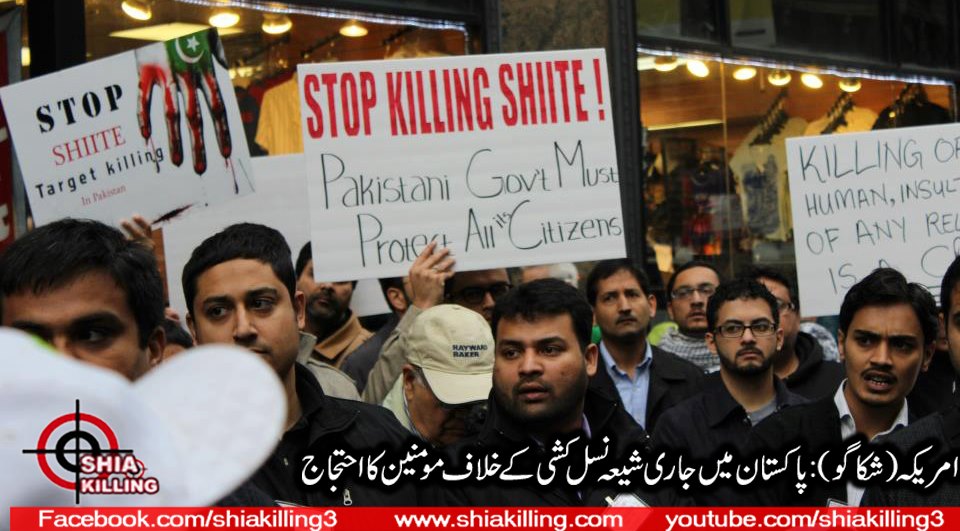 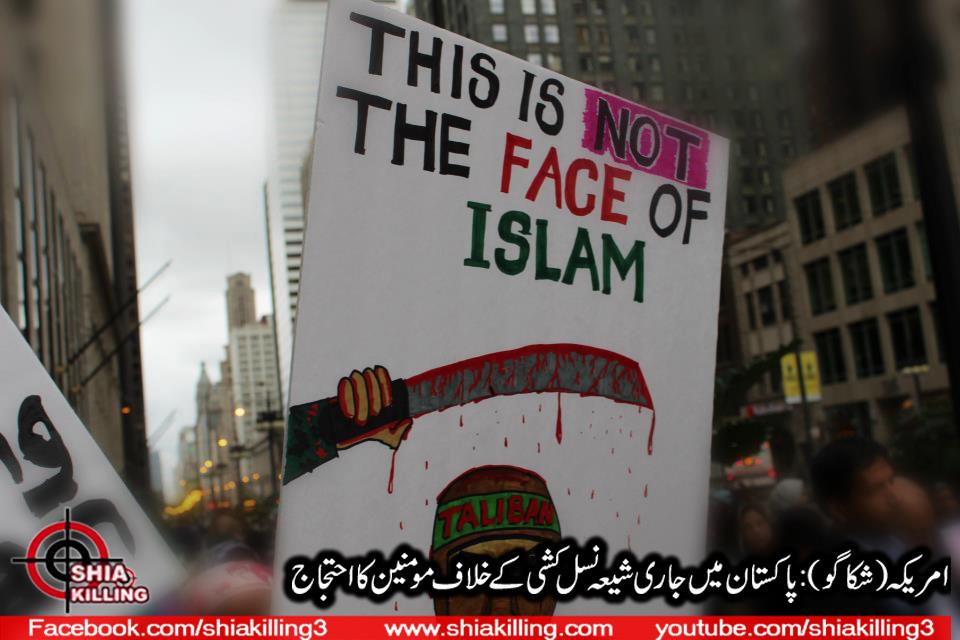 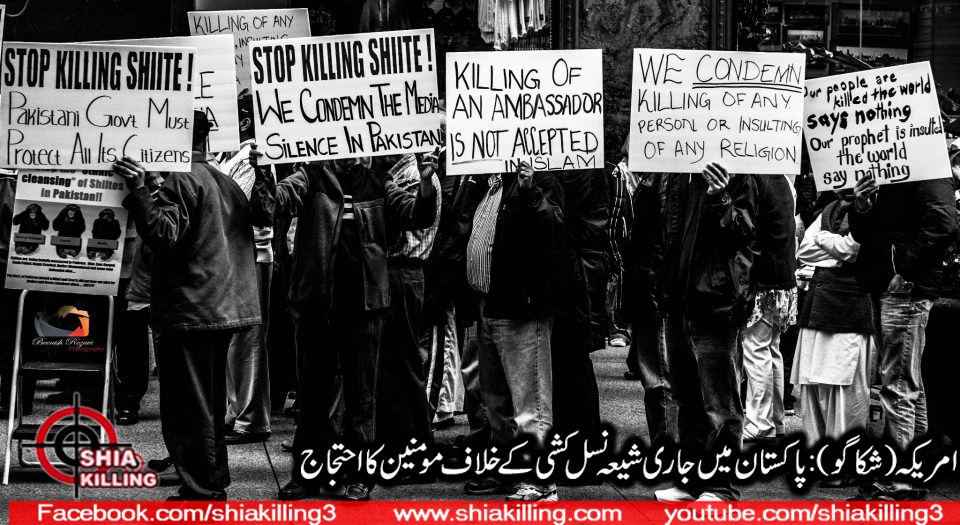 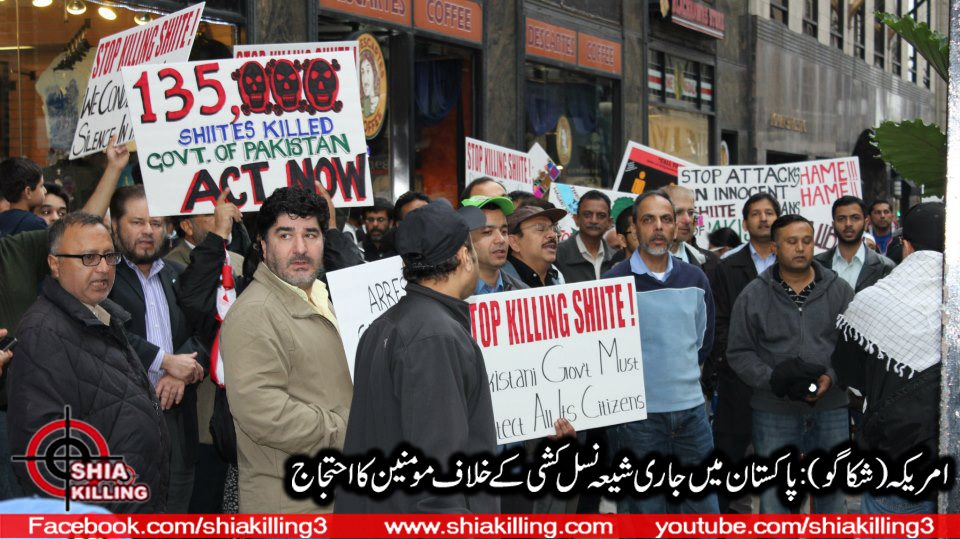 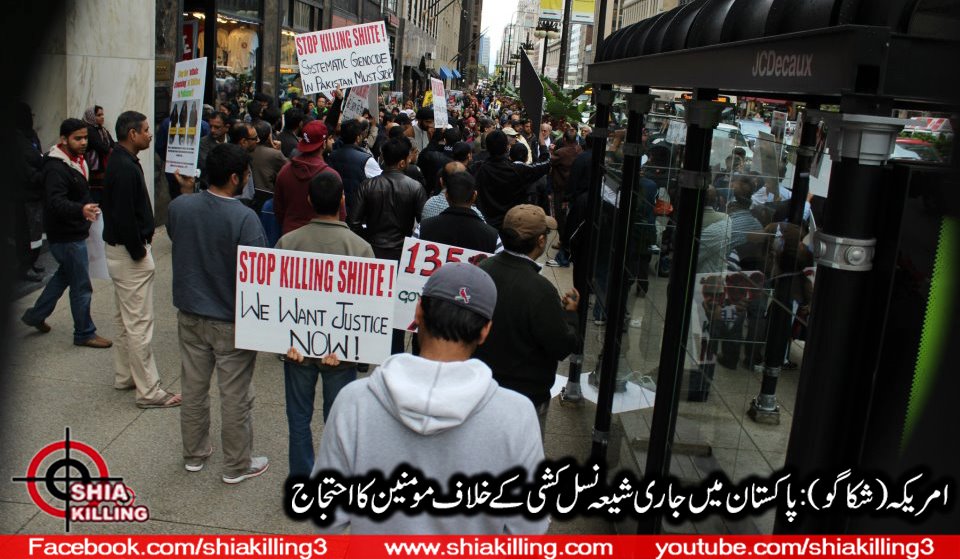 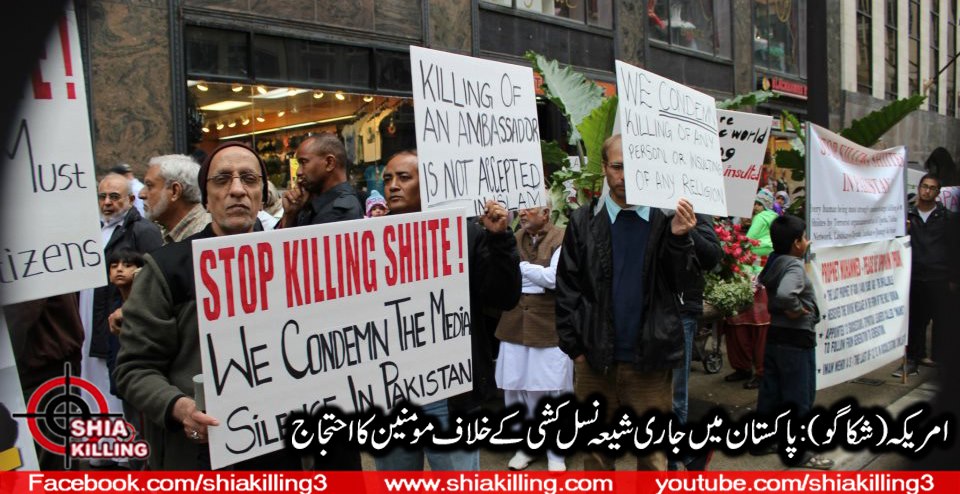 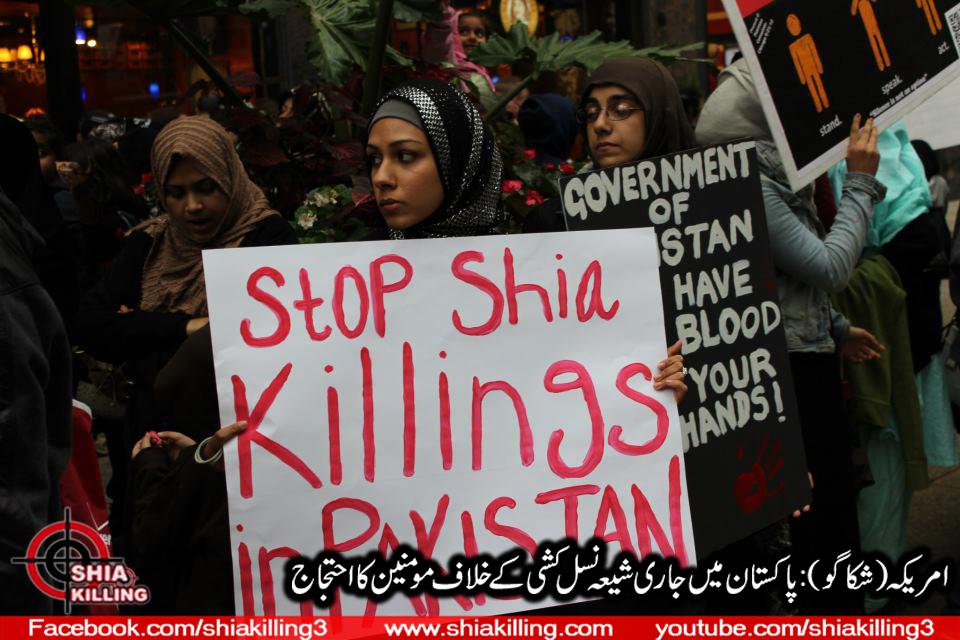 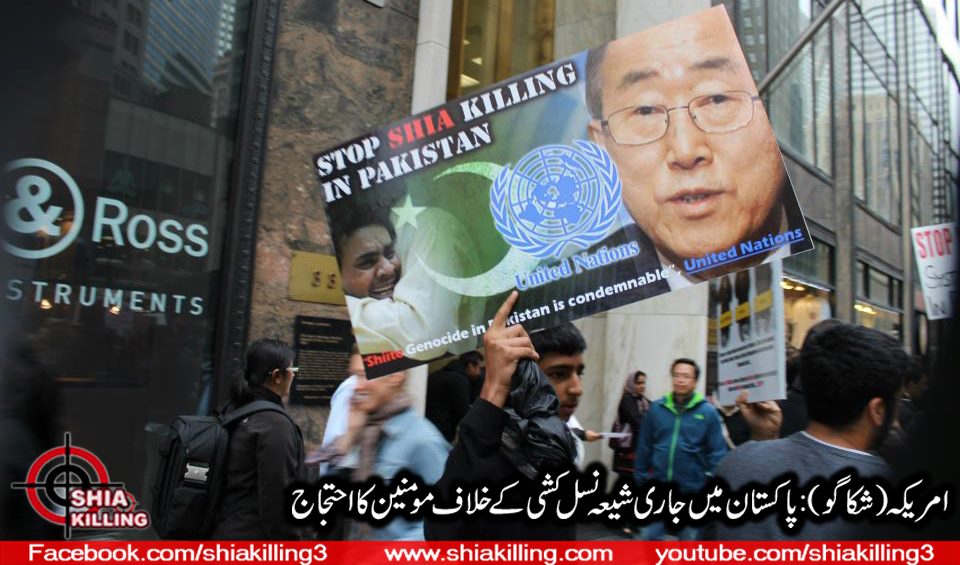 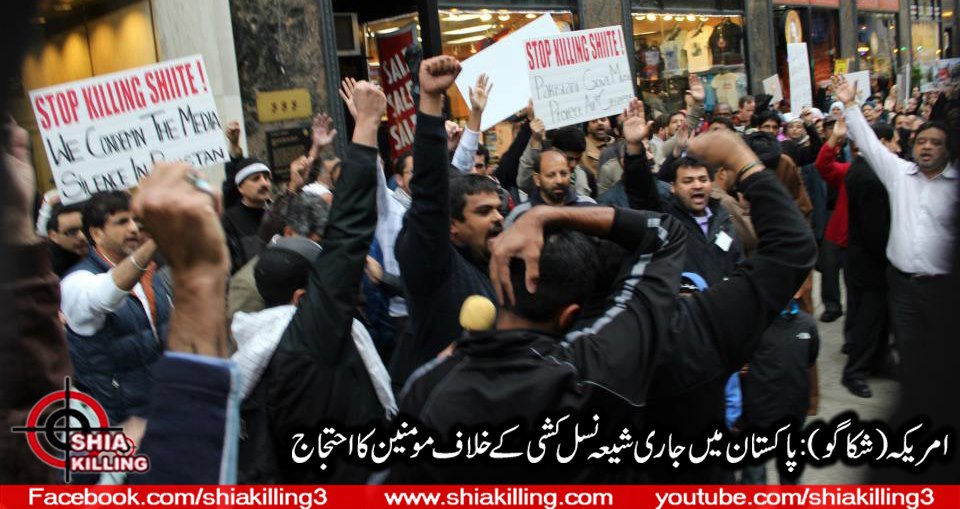