My thoughts on the anti-Islam movie – by Naveed Javed

Past one week has been a rough one for not only Muslims across the globe but also for the people of other religions. It all started with a movie “Innocence of Muslims” by an (allegedly) Egyptian-American Coptic Christian, Nakoula Basseley Nakoula. The trailers for the film, published on YouTube on July 2, 2012, after they were dubbed into Arabic, resulted in repeatedly fierce protests in many countries around the world.

I, as a lover and preacher of PEACE perceive this as a very daft attempt to provoke the sentiments of Muslim community across the world; and talking about Muslims emotions; I am sorry to say, it’s very easy for both Muslims and fundamentalists from other religions to kindle them and use them for their vested interests. There are cases which demonstrate that Muslims have used blasphemy laws for fulfilling personal revenge against a person or a group; Rimsha Masih’s case is one prime example. And also there are cases when Non-Muslims in the name of Freedom of Speech have miffed Muslims, like this movie- which has close links with America’s internal politics( Najam Sethi, discussed it in detail in his 18-09-2012 show on geo News).

Well, when we talk about Muslim’s love for Prophet Muhammad (PBUH); there’s no second thought about that, He was the last Messenger of God and was sent to the earth as “Rehmat ul lil Alameen”, a Great Blessing for the entire universe and it’s the duty of every Muslim to condemn any attack on His personality. Even scholars from other religions have praised Muhammad (PBUH) as a Leader, and as a great Human Being. And you got to agree with me on this that no stupid attempt to malign Him, can affect His sanctity and greatness; whether it’s a movie or a cartoon or an article.

My standpoint on this is very clear: “No one has the right to asperse the religion or faith of others; No Muslim should hurt feelings of people of other religions and No Non-Muslim should be attacking Muslim’s faith or religious beliefs”. Why can’t it be “Live and let others live”? I believe the peace of this world lies in this sentence.

One more thing I want to mention here, when we Muslims expect the world not to BLAME us due to handful of Terrorists among us; we should also be not blaming other faiths or whole West due to wrongdoings one person or a group. As I see all religions, they may differ in faiths but the crux of all is SAME and that is HUMANITY. So it’s the duty of all of us to give respect and then expect respect in return. Killing people from other faiths and destroying public properties in our countries is not the solution; I wonder how would have Prophet (PBUH) himself handled the whole matter.

The best of the protests are not those which are vehement but those which are effective; the best way we Muslims should be protesting is preaching the true traditions of Islam and Prophet Muhammad (PBUH) which covers every aspect of Humanity and Religion. Prophet Muhammad (PBUH) never preached anything; He didn’t follow himself, once He was asked by a lady to forbid her son from eating Gurr (Jaggery); Prophet (PBUH) didn’t forbid him until he himself quit eating that. So the point here is: first we need to mend our deeds as Respectable Muslims and as upright Human Beings in the world and then we should be comp against in-justifications against us. We cannot expect people from other faiths to respect us and our beliefs until or unless we show same attitude towards them.

In principle I agree with the UN Secretary General’s Ban Ki Moon’s remarks:

U.N. Secretary-General Ban Ki-moon said on Wednesday the maker of an anti-Islam film that triggered violent protests across the Muslim world abused his right to freedom of expression by making the movie, which he called a “disgraceful and shameful act.” “Freedoms of expression should be and must be guaranteed and protected, when they are used for common justice, common purpose,” Ban told a news conference. “When some people use this freedom of expression to provoke or humiliate some others’ values and beliefs, then this cannot be protected in such a way.” “My position is that freedom of expression, while it is a fundamental right and privilege, should not be abused by such people, by such a disgraceful and shameful act,” he said. (Source: http://uk.reuters.com/article/2012/09/19/uk-film-protests-un-idUKBRE88I1CZ20120919)

And at last my message to people of all religions and faiths “Let’s discourage all those who want us to confront over these religious issues for their personal benefits, also lets respect each other’s faiths and beliefs and give our best to make this world a NONVIOLENT and a PEACEFUL place to live in” and I am sure all of us don’t want our next generations to suffer with all these issues we are facing. God Bless. 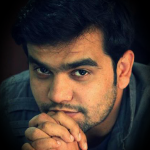 About the author: The author blogs at: http://navedjaved.blogspot.com Twitter: @navedjaved