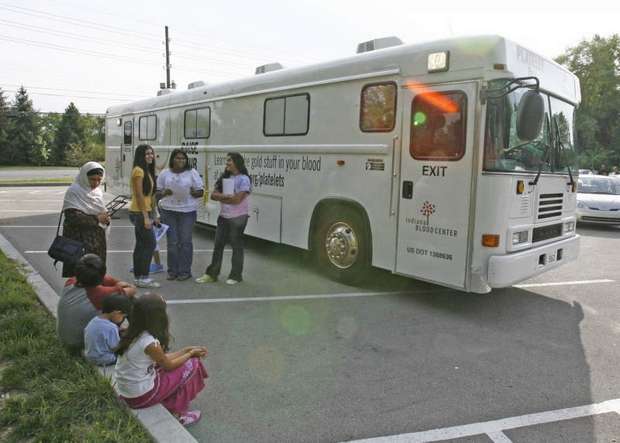 Blood donors begin lining up outside the blood mobile. Sat, Sep 15th, 2012, Muslims gathered at Zainabia Community Center, a Shia Mosque to honor the victims of 9/11 by donating blood as part of the second annual nationwide “Muslims For Life” Campaign organized by the Shia Muslim Community and the Ahmadiyya Muslim Community. The campaign’s goal is to collect 11,000 bags of blood. (Michelle Pemberton/The Star)

On Saturday, 15 September 2012, dozens of Shia and Ahmadiyya Muslims gathered at the Zainabia Community Center (a Shiite Mosque) on Indianapolis’ Northwestside as a part of Muslims for Life blood drive organized by both communities.

The purpose of the “Muslims for Life” blood drive is to honor the victims of 9/11 and spread the message of peace.

The event was organized by the Shia and Ahmadiyya Muslim communites of Indianapolis Indiana USA. The organizers described it both a gesture of civic goodwill and a counter-response to the violent anti-U.S. demonstrations that broke out last week by Takfiri Salafists and other radical Muslims in Libya, Egypt and other countries.

The turnout of more than 30 donors, most of them Muslims, was more than the local blood center’s bus could handle during the two-hour collection in the parking lot of the center on West 56th Street. 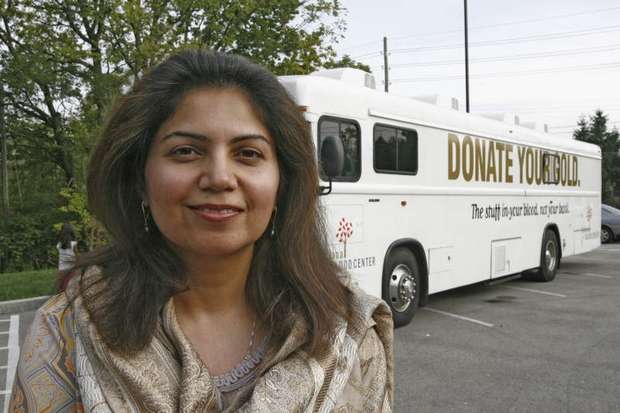 Dr. Asia Naqvi, one of the blood drive’s organisers stands in front of the blood mobile. (Michelle Pemberton/The Star)

“The majority of the Muslim community, they believe in peace. They believe in compassion and love for their neighbors and their community,” said Asia Naqvi of Indianapolis.

Naquvi says she hopes all Americans realize the violent acts overseas aren’t representative of all 73 Muslim sects. She says it’s just a small group that’s catching media attention around the world. “We are Shia Muslims; Shias are pro-life”, she says.

“They love such moments,” Naquvi explained. “The movie was made, and the extremists use such things to incite hatred.”

They hope the act of giving of themselves through a blood drive will be a show of solidarity throughout the United States.

“The Muslim community stands with them, and condemns the acts of terrorism,” added Naquvi.

Across the nation, organizers are hoping to help 33,000 Americans with this nation-wide blood drive. 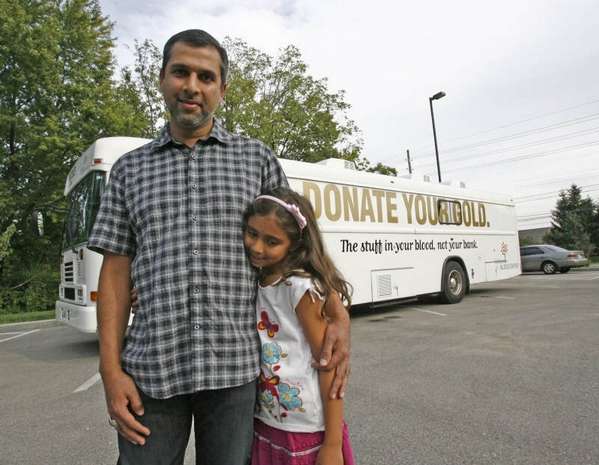 Ahmed Ibrahim, a member of the 2-year-old center, called the blood drive “an example of how we can be good citizens and promote good. It is our way of saying, ‘We love America, too.'”

Ibrahim condemned the anti-American uprising and said members of the community center, which serves as a mosque, don’t support its violence.

“Muslims are Americans just like any other religious group. We’re Hoosiers. … We’re peace-loving people. There’s a perception that Muslims are a violent group. But that’s a fringe group (taking part in the mob violence). When you see the events in the Middle East, as Muslims we feel it does not represent our sentiments.”

The blood drive was part of a national blood drive called Muslims for Life sponsored by Muslim organizations at more than 200 locations across the country.

The Zainabia Muslim center’s president, Mir Zaheer, said the center’s leaders hope to make the blood drive an annual event. It comes as the local Muslim community speaks out against a YouTube video defaming Islam’s religious leader and the Anti-American violence erupting around the world. At the Indianapolis mosque (Zaniabia Centre), members talked about Muslims and bloodshed. Not just the worldwide images that raise fear and suspicion, but the ones that validate the sanctity of life.

That’s the message the Shia and Ahmadiyya Muslims wants to share through a blood drive campaign in observance of 9/11. Their goal is to donate enough blood to save as many as 3,300 Americans nationwide.

“Islam really is about peace,” said Muzaffer Ahmad, a member of the Ahmadiyya Community and the local coordinator of the blood drive. Ahmad said it’s aimed to “physically do something to help our fellow Americans and to honor those who lost their lives.”

It also comes as violence spreads across the Middle East in response to an anti-Islamic video that insults Islam prophet Muhammad.

“Muslims for Life” condemn the video and the violence. “It’s totally ridiculous, but this, this reaction…, especially this unfortunate killing of the U.S. ambassador,” said Ahmad, who lives and works in Indianapolis. “I think that people should be fearful because of all these people all over the world that have this negative idea in their head that they need to do something to hurt somebody or scare somebody,” said Ahmad, disappointed in what he says is a break in Muslim teaching. 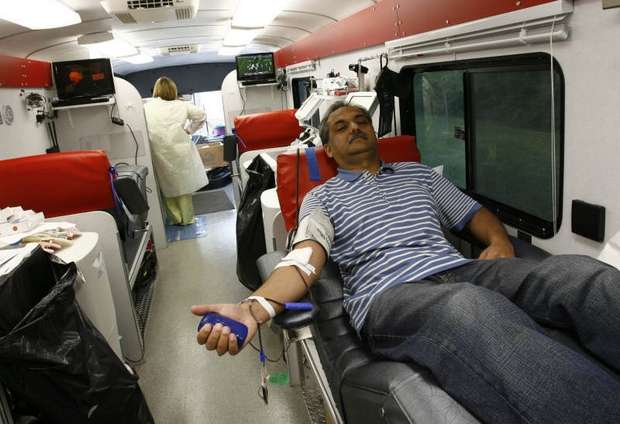 Congressman Andre Carson (D-Indiana), a Muslim and a former Indiana counter-terrorism officer, says he too is concerned (by recent events). Carson says the golden rule, to “do unto others as you would have them do unto you,” transcends all religions and is a good place to launch conversation, not violence. 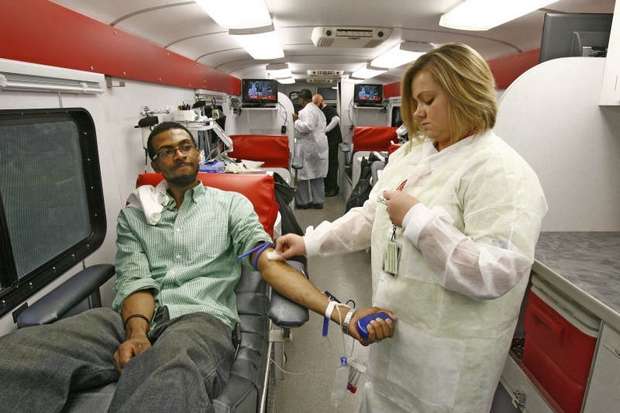