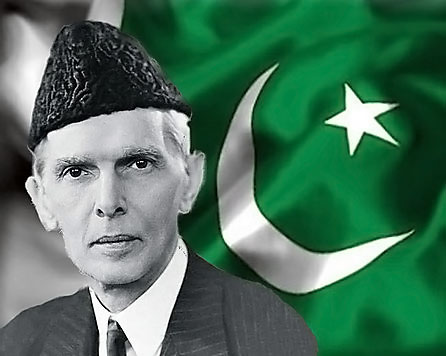 “There is no power on earth that can undo Pakistan”…, the founder’s words reverberate in my brain on the country’s Defence Day. I am engrossed in the paroxysm of decidedly treasured reminiscences of September 6, 1965, when Pakistanis from all fragments of topography, and perspective joined hands with their brave forces to guard their country’s dominion, thus wreaking a mortifying defeat on their opponent. The spirit of unanimity and jingoism made us impregnable and set an ineradicable history, we all are proud of, today. For a minute, I am constrained to interrogate the lack of the same buoyancy, conviction, glory and ardor that was once the hallmark of ours beloved nation? My heart thaws, and the blood simmers to see the nation embroiled in bedlam and consternation – Is it the Jinnah’s Pakistan? Or have we cherished the sacred blood of our martyrs, in its true essence? The rejoinder is an utter “No”, regrettably.

The point of Pakistan’s very establishment was a state where people could subsist and breathe free, and develop in accordance to their own belief, and customs. In his address to the Constituent Assembly of Pakistan on August 11, 1947, Quaid-e-Azam Muhammad Ali Jinnah made it palpable that the inhabitants of the country were free to perform their own manners of worship, and religion, caste and creed had nothing to do with the business of the state.

The present incidents are enough of a melancholy to me. We live in an “Islamic” republic which cannot even guarantee the wellbeing of its Muslim citizens at the first place, set aside the minorities for the while. Hundreds of Shias have been butchered, the stories make captions every second day, but we opt to be soundless onlookers to the carnage. We award the Nishan-e-Haider to those who sacrifice their lives for the country with remarkable audacity, but explore the national identity cards and backs for the Nishan-e-Haideri to execute the citizens of our own country.

We are the nation which killed their Governor for standing up for the rights of a Christian woman, and our lawyers showered the assassin with the rose petals. We killed our Minorities Minister, and expunged the reports from the spot. Very newly, we censured an innocent child, also the sufferer of Down syndrome, of profanity after ourselves, placing the Holy Scriptures in the trash burnt by her. Is that what Jinnah meant by religious freedom? We compel the Hindu population of the country to migrate to India, and grudgingly convert young girls to Islam.

Were it not the Shia Muslims and the minorities, who stood in conjunction with other citizens of the country to shield this patch of ours on September 6, 1965? But it is a caricature that we have become hardnosed enough to overlook these acts of sadism as of no concern to us.

According to Jinnah, no nation could be worthy of its existence that cannot take its women along with men. If that is right, is it not degrading that till the very day, the women in our society are treated as a chattel and the male’s choice imposed on her. Are we done away with of the so-called “honour” killings till the very day? There is a substantial augmentation in the rate of offenses against women every following year, but

issues like marital rape and acid throwing are at times bagged as family matters. Our apex court sets the rapists of Mukhtara Mai free. Can we still visualize living up to the daybreak when our women will benefit from liberty of selection and financial security? We bombard the girls’ schools, so that our forthcoming generations remain unlettered as well.

Had it not been the women who fostered those brave heroes of the war of September 1965?

Jinnah conveyed us that we were all Pakistanis, and equal citizens of the state. He directed us to remain at peace with ourselves and with our neighbors. The national interest was more imperative than the territorial severances. It is exceedingly agonizing that even after losing our eastern wing; we remain unmindful to the most awful living conditions of the people of Balochistan, who have always been dispossessed of their essential human rights and unrestrained behavior committed against them. Are they not a part of us?

We are to the highest degree wounded by the menace of terrorism, but many of us still have a squashy corner for the fanatics and prolong to rebuff the fact that it is our war, despite the fact that it has cost us the lives of thousands of our countrymen and mired our economic progress. On the other hand, there are also those of us, who have brought us ignominy by carrying out terrorist actions in the neighbor countries. Wasn’t the dogma of Pakistan Islam which is a religion of harmony? Didn’t the Prophet Muhammad (PBUH) assert the killing of a guiltless identical to murdering the entire human race?

Pakistan is the most perilous place for the journalists. It is one of those few countries on the globe where polio still exists. It is here that the children are made to read the fictional history, and the curriculum discourses dissections. It is Pakistan where a colossal amount is spent on the military hardware, but the education and health are largely disregarded. It is here that a Prime Minister is assassinated, but the perpetrators are not brought to justice. It is here that the courts place a Savior to gallows, and debar an elected Prime Minister. It is the Republic which is also dubbed in the press as a “failed” state. This is the Pakistan on September 6, 2012.

Army single-handedly cannot save us from this havoc. We, as a nation entail standing amalgamated with the spirit of September 1965 against the forces of chauvinism and radicalism. If we cannot adhere to and preserve the very underlying principle of our existence, I am chary if we truly deserve this land of pure.