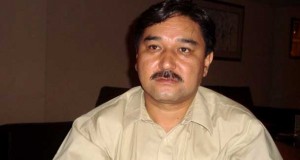 On 2nd September (Sunday) four Pashtun boys were held by Shia-Hazara boys when they tried to desecrate an Alam that had been fixed on a mountain top in Quetta behind the densely Shia-Hazara population of Marriabad.

The boys were shifted to Milo Shaheed Trust Alamdar Road by the angry youngsters who by then were supported by a mob. But Sardar Saadat Ali Hazara intervened timely to ensure that the 4 Pashtun boys who had committed the act were kept safe and handed over to the Frontier Corps. The mob did not do what such mobs usually do in Punjab in similar instances.

This is not the whole of the story, because there was much that happened behind the scenes and the people who had designed the game could not see their plan fail, therefore they resorted to other means.
There are now reports that the 4 boys, who happened to be Pashtun, were actually paid by a madrassa cleric, supposedly on ISI pay roll, to commit this act, which was then to be continued by ISI’s assets among Hazaras, the Hazara Democratic Party.

First, a cleric chose 4 Pashtun boys to desecrate an Alam, a holy symbol for Shias. This was done, on the one hand, to instigate the religious Hazara-Shia youth and present them to the world as fanatics, and on the other, to create a conflict between Hazaras and Pashtuns, both of which would have supported HDP in Quetta as well as externally.

During the past 2 years Sardar Saadat Ali Hazara’s return from self-exile in Canada has changed the scenario and political landscape in Shia-Hazara areas of Quetta. Sardar Saadat Hazara is at the moment the most respected and popular person among Shia-Hazaras and his arrival has reduced HDP to a non-entity among Hazara. Although HDP still uses its resources in the ISI to pimp itself as the face of Shia-Hazaras of outside Quetta, the truth is that within Quetta, HDP’s name and any association with it has become a stigma, rather an outright disgrace.

Other than Sardar Saadat Hazara factor, there is one more factor which is worrying HDP in Quetta. In the past few months, numerous Shia-Hazaras and all of Persian-speaking Shia-Yousafzais have joined PkMAP and ended HDP’s dreams of winning 2 provincial assembly seats from Quetta.

HDP now has two goals. To present the secular Sardar Saadat Hazara and his supporters as religious fanatics to neutralize the first factor, and to create open conflict with Pashtuns in order to get votes on the basis of threats from Pashtuns to Hazaras, and also blackmail and threaten the Shia-Hazaras who have joined PkMAP and present them as traitors.

In order to fulfill this plan, HDP in cahoots with ISI, used 4 Pashtun boys through a madrassa cleric to desecrate an Alam. If they were not caught, the practice would have continued till they got caught. And when they were caught, they were supposed to be mauled, beaten up and may be even killed, either in anger or through planning.

HDP’s plan was to get the 4 Pashtun boys caught and blame whatever happened to them on Sardar Saadat Ali Hazara and his supporters. This evident from the fact that the moment this incident happened, HDP initiated an sms campaign in Quetta and thousands of messages were sent shaming and blaming Sardar Saadat Ali Hazara for something he had not done. If he did anything, it was to ensure the safe release of the 4 boys. The other part of the plan was to instigate Pashtuns in Quetta against Hazaras, depending in what happened to the Pashtun boys, and therefore create insurmountable distances between Pashtuns and Hazaras in Quetta.

When Sardar Saadat Hazara foiled this plan and ensure the safe release of the 4 boys who were supposed to be handed over to law enforcing agencies, HDP’s armed thugs reached the areas near Milo Shaheed Trust threatened to fire upen law enforcing agencies, including the FC, and created havoc in the city, which again they blamed on Sardar Saadat Hazara through an sms campaign.

All this by HDP, and much more before this, only to earn some votes and somehow manage to win a provincial assembly seat and obviously to serve their masters in ISI.

I leave the decision to the masses. But I request everyone to know and realize that HDP is a non-entity in Quetta. Only a fascist clique that thrives on support from ISI. The Shia-Hazaras of Quetta know this and have discarded HDP, but we request the people in the media and those who do not know much about Quetta to please know the real face of HDP thugs and stop giving them and their agents on social media any importance.

ISI hired these Takfiri miscreants through a Deobandi madrassa cleric