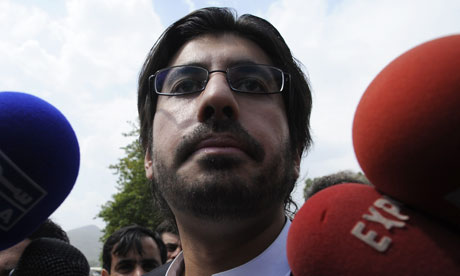 If you thought Agha Waqar and his amazing water car was a big deal then this story about a young Pakistani entrepreneur will inspire you. A 32 year old Pakistani doctor from Faisalabad has managed to build a business empire worth 90 crores in a matter of only 2 years. What is even more amazing is the fact that instead of working for a business where he could learn from experience he had a government job (in the health ministry first and then FIA) at the time his rags to riches story began (he is truly gifted).

Being a doctor by education, the young entrepreneur was never afraid of trying new ideas and started business as a small time petrol dealer (in Quetta). Unlike Gates and Jobs our entrepreneur began with virtually zero investment and was even forced to use his father’s official residence to run his business initially. This apparent disadvantage would later prove to be a blessing in disguise. Using his God given talents and following the advise of his father (which was easier to seek because the house was also his office) he was able to quickly secure contracts from major real estate and telecom companies. His current business empire is all real estate and telecom, employing an army of 400 personal and the income he used to generate from his petrol dealership must seem like peanuts now. Just 2 years back, our young entrepreneur was so cash-starved that he had to get a subsidized official passport issued in his name and now his lifestyle of luxury cars (BMWs, Range Rovers, etc.), gambling dens (Monte Carlo) and parties would even make Mansha blush.

This success story would not be complete without shedding some more light on the young entrepreneurs father for I am sure, if asked, the Pakistani entrepreneur would attribute most of his success to him. Although a poor government servant (the son of a former police sub-inspector and someone who “does not have any property and cannot even afford to buy a house today”), the father has a world of understanding about Pakistani society. He has always been supportive of his son, one such example being that when the son could not afford to pay for his second marriage the father got a house loan to finance the ceremony. As is often the case, this success story too had its share of hurdles and similarly, when the son was in legal trouble, the father got personally involved, helping in getting the cases settled.

The father is a wise man indeed and probably the key to the young doctors success guiding him each step of the way. The son always takes his advise constructively and the saying “like father, like son” truly applies to these two as they are virtually inseparable and even when they cannot be together the father always tries to guide his son. This combination of wisdom of the father and the genius of the son has resulted in one of the greatest success stories of modern times. Through perseverance and following the advise of his father the young entrepreneur has always managed to emerge vindicated. It is almost as if, the doctor is a super hero and after each battle he absorbs the the aggressors powers coming out even stronger by winning bigger contracts and making more money.

Never has a entrepreneur been subject to such harsh criticism and his business thrived. Pakistan is truly a land of opportunities and we must salute such heroes, who through their God given talents and fatherly love can single-handedly change her destiny.