The world watched incredulously as Pervez Musharraf declared war on Balochistan, and particularly against Nawab Akbar Bugti. Prior to fabricated rocket “attack” on Musharraf in December 2005, tanks rolled into Dera Bugti and other parts of Balochistan in January 2005, when Baloch nationalists were in talks with a parliamentary committee.

In March 2005, the armed forces began to bombard the town of Dera Bugti, including Bugti’s house, killing dozens, and leaving him besieged in his fort. After the so-called “attack” on Musharraf on December 14, 2005, the armed forces got the perfect excuse to indiscriminately bomb Dera Bugti, which compelled Nawab Bugti and his tribesmen to escape. According to the Internal Displacement Monitoring Centre’s report in 2006, 160,000 people were displaced during the conflict.

In a sign of rebellion and protest, Bugti moved to the mountains, but, with superior technology and the establishment’s will to eliminate the elderly Baloch leader, the leaders murdered Akbar Khan Bugti and hundreds of his compatriot on August 26, 2006. In December 2005, Musharraf had said that “there are two or three tribal chiefs and feudal lords behind what’s going on in Balochistan. The past governments have made deals with them and indulged them. My government is determined to establish its writ. It will be a fight to the finish.”

However, after massive anti-government protests in Balochistan, Pakistan and abroad, Musharraf backtracked on his statement and denied any role in the killing of the 79-year-old Baloch leader. Bugti’s killing by the military establishment turned him into a martyr for the Baloch people. After the killing of his brilliant son Salal Bugti in June 1992, he clearly sensed the establishment’s designs against him and his people. Nawab Bugti and his region were in the focus of greedy oil and gas companies and the establishment. Islamabad used all dirty tricks to rule over his region. Bugti was kept engaged in intra-tribal feuds for decades and all efforts for peace were foiled by government agencies.

His efforts to unite Baloch nationalist in 2004, were blocked due to Islamabad’s continued meddling, conspiracies and attacks against him and his people. Having immense experience in politics, Bugti never saw armed struggle as a solution to the Baloch problem. He began negotiating with Islamabad and prepared a set of reasonable demands in consultation with veteran Baloch leaders and nationalist parties. He appointed his representatives to the parliamentary committee on Balochistan.

For the people of Balochistan it was a momentous occasion. Many saw the dialogue as the beginning of a new era for Baloch-Islamabad relations. But as expected by Bugti, Sardar Ataullah Mengal, Nawab Khair Bux Marri and other Baloch nationalists, Islamabad and its ruling civil-military establishment once again deceived the Baloch and betrayed their trust.

During the talks, several political activists ‘disappeared’ and were tortured. There was no letup in intimidation and harassment by the troops. Talking to a journalist, in January 2005, Bugti said: “How can negotiations on political issues continue with the government in this situation? A military operation and negotiations cannot continue side by side. If the authorities launch an operation, with whom will they hold negotiations?”

Nevertheless, Musharraf and the establishment were unwilling to compromise on Balochistan’s genuine economic and political demands. Instead of addressing Baloch grievances politically, the military government resorted to brute force. Musharraf added fuel to the fire when he declared, “Don’t push us. It isn’t the 1970s when you could hit and run and hide in the mountains. This time you won’t even know what hit you.” The Baloch Nawab was prepared for the consequences.

The killing of the Baloch leader has dealt a serious blow to the fragile Baloch-Islamabad relations. Six years after Bugti’s death, Balochistan is a worsening scenario.

The writer is a former senator from Balochistan. Email: balochbnp@gmail.com

Some pictures of or related to Nawab Akbar Bugti Shaheed: 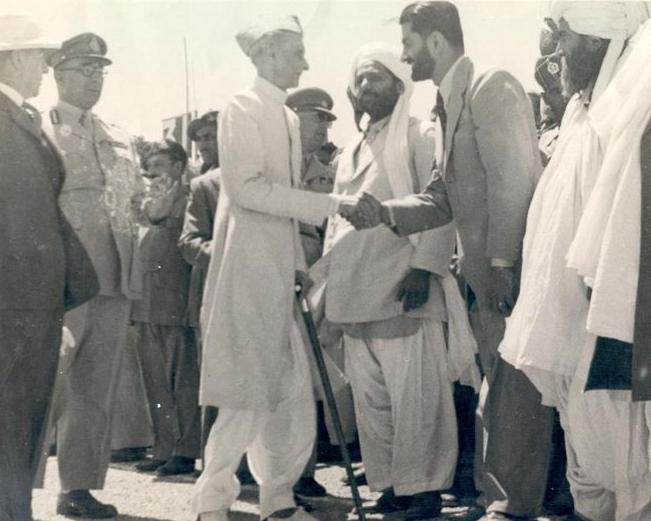 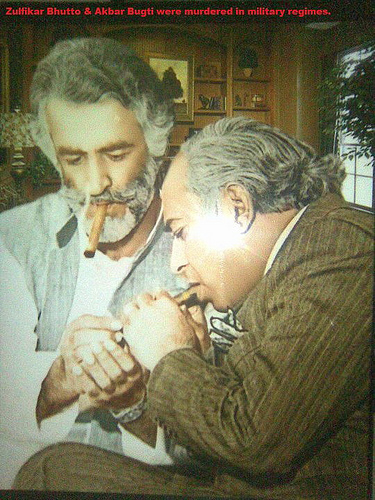 Bugti served ZAB government and was Governor Balochistan when military operation was started in 1973. Both Bugti and Bhutto were killed by Pakistan army 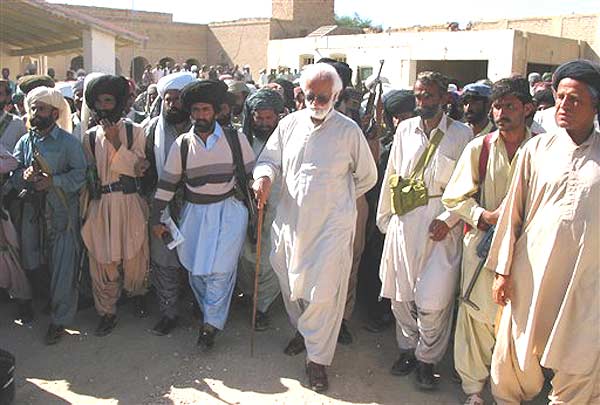 August 27, 2006: A Martyr Is Born... ...with the brutal killing of prominent tribal leader Nawab Akbar Bugti of Balochistan by a Pakistani Army missile attack. The 79- year-old Oxford educated tribal chieftain was Pakistan's interior minister for a brief period in 1958 and later became the Chief Minister and the Governor of Balochistan. Since February 2005' he had been leading an armed uprising against Pakistan 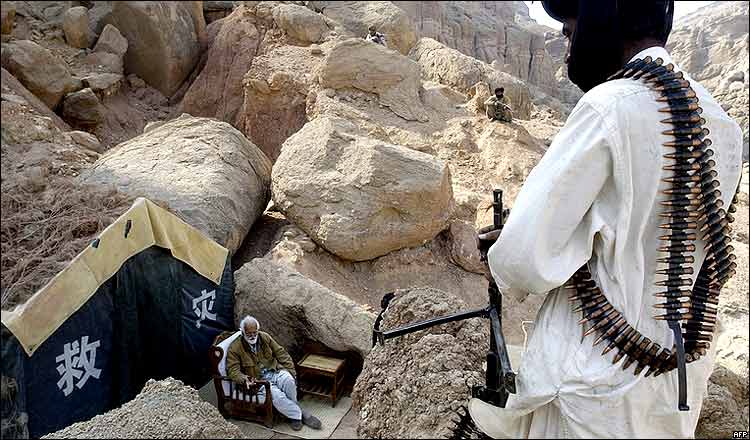 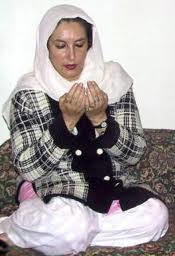 Benazir Bhutto prays for late Nawab Akbar Bugti during her visit to his residence in Quetta on December 16, 2007. She herself was killed in Rawalpindi on December 27, 2007,