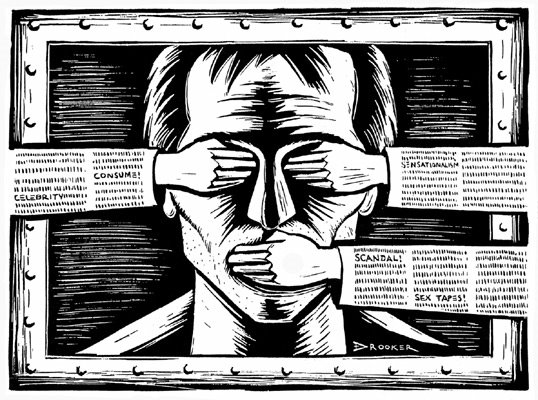 It is a well known fact that false cases are framed in Pakistan against politicians solely on the vengeance basis to malign them so that political system may be discredited to pave the way for undemocratic forces.

It mostly started during our first military rule under Ayub Khan and subsequently even non-military regimes could not remain immune from it. We all know that Sheikh Rashid was punished and jailed for three years and was still able to contest election as even his opponents know that it was a politically motivated case.

The recent example is that of SGS Cotecna case which has been used to defame the political leadership of PPP for more than a decade. Recently Noah Bokharee posted an article on website in this context. It carried a very informative piece of evidence which our judicial gods & so called free media would hate to admit. Before I comment further I would like to quote the relevant substance from his article which is as follows:

“Moreover the judiciary will have to preserve its status of representatives of western law, instead of proving themselves as Qaziz of the times of muslim monarchs. This is high time that the judiciary revisits the infamous SGS –Cotecna and the subsequent NRO case once again and consider the following facts on the basis of existing law.
Firstly, the SGS case was fabricated and launched by an ehtesab bureau which was headed by a shady character who never qualified for the job just like Adnan Khawaja whose appointment is sub judice these days. Secondly, despite all the hue and cry of the media and political midgets for the last twelve years, No court in Pakistan has been able to convict any of the accused even when they were dying to do the same. (Please refer to the tapes of justice Qayyum, Saifur-Rehman and Shahbaz Sharif etc on the web media).

The steep rise and fall in collection of Customs duties during and after the withdrawal of pre-shipment assessment of customs duties justifies the subsequent unforgiving steps of a compliant judiciary and most affected vested interest groups. The table below clearly reveals who were the beneficiaries of the immediate abandonment of pre shipment inspection and assessment of the goods by SGS and Cotecna. These figures also indicate how did this group of customs officials/ judges/industrialists, traders and petty importers took revenge by launching the Swiss and other cases against those who dared to marginalize the criminals.

The freedom is always an opportunity to express depth in the personality of individuals and maturity of institutions. It is never meant to create hysteria amongst the masses, anarchy in the state and destruction of the apparatus which has granted such freedom. At present the two institutions which need to learn this most are the judiciary and media in Pakistan.”

Having read it, it’s very obvious that our islamofscist judiciary & so-called free media want to take us to the tribal culture of seventh century Arabian Peninsula. Where western law has been able to evolve itself by reasoning through time to achieve its present day status our present day judiciary is traveling back in time & quote from the despotic regimes of medieval era. In other words it’s following the islamization agenda of our most notorious military dictator “Mard e Momin Mard e Haq” Zia Ul Haq which is utterly alien to the future of mankind. This has already destroyed the social fabric of our society; they say as you sow so shall you reap! My friend Pervez Hoodbhoy calls it saudization of the society where only self-righteous Wahhabis deserve to live.

Our islamofascist judiciary is very fearful that our parliament may not secularize the constitution, forgetting that it’s her fundamental right to do it so should it wish. Basic structure of constitution keeps on changing in the same way as needs of time change. What I want to say that nothing is static & we should always be ready to face the challenges of time we live in. This is very unfortunate that ideological heirs of Zia have taken over the judiciary & we are now facing worst kind of islamofascism. On top of that born again Muslim like Imran Khan with children of Zia is there to further this fascist agenda. Is it not a déjà vu of Nazi Germany?

First it was Ahmadi persecution and murder, now its Shia genocide, Sufi Islam is also on the hit. What they want could be summed up from a quote from Mirza Sahinban “Gallian ho jaan sunjian tay wich mirza yaar phiray” (May the streets go deserted so that Mirza can wander with impunity)!