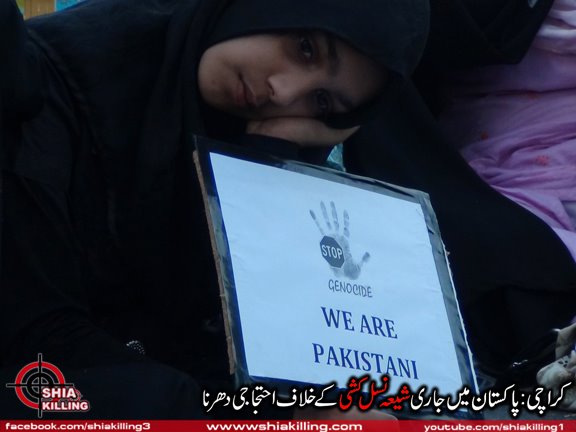 The Urdu version of this article was published on Al Ufaq on August 17th 2012.

We are currently going through the holy month of Ramadan and Muslims all around the world are especially engaged in Prayers and worship. In Pakistan all the TV channels have launched special Ramadan transmissions and every channel wants to outdo the other in attaining this pious aim. To meet this objective, they have imposed all manner of conjurers on the viewing public, all in the name of Ramadan, of course. Among these experts, someone is an expert in communicating with Jinns while another is serving Islam by publically bringing people in the fold of Islam whereas another is enumerating the qualities of Bhopal to the public. In short, everyone wants to brighten the name of Islam and make the masses aware of the blessings of Ramadan by presenting some stunt or the other.

On the other hand, coincidentally a few days earlier the nation celebrated her Independence Day with full traditional passion and on this occasion the entire media also launched special transmissions highlighting different issues relating to independence, for example how independent is Pakistan, what are its problems, where does it stand and what sort of Pakistan did Jinnah envisage. Aside from all these special transmissions, dozens of eloquent, trailblazing TV anchors also opine on issues like corruption, justice and other related matters on a daily basis in different talk shows.

Now I come to the real story; despite all the Ramadan transmissions and the celebratory transmissions around the Independence Day declaring ‘we are free’, ‘we are one’ and much more, two days after 14 August, a bus is stopped in Gilgit and all the passengers are told to disembark and their identity cards are checked. After identifying 20 passengers as Shia Muslims their bodies are riddled with bullets and they are martyred. As an aside I would say here that perhaps the government is not benefitting from these computerized identity cards as much as are these terrorists. Also, all the care-takers of Islam in Pakistan time and again demand that the government should add a column for religion in the identity cards just as there is a column for religion in the passports. Imagine in this situation if a column for religion is added to the identity cards! They might as well write outright ‘Wajib-ul-Qatl’ (liable to be killed) on the identity cards so that anytime a Muslim is so inclined as to strengthen his faith by killing an Infidel, he could simply check an identity card and accomplish his religious obligation. Let me return to the main topic that 20 Shia Muslims are killed after being identified and after a few hours 3 Hazara Shias are killed in Quetta. And this is not an isolated, one-off incident but is part of a continuing genocide.

Now, let us come towards the performance of the government in this regard. The President of Pakistan writes a letter to the President of Burma to stop killing Muslims in Burma but takes no notice of Shia killings in Pakistan. After every such incident, the interior minister Rehman Malik announces that Tehrik Taliban, Sipah Sabah, Laskhar-e-Jhangvi and other such terrorist organizations are behind these killings but he forgets that apprehending such organizations is also among the responsibilities of the state. The country is facing a perilous law and order situation but observe the activities of Rehman Malik in all of this scenario; just one day before the Gilgit incident he tweets on Twitter informing the masses that the Saudi Mufti has told him the right spellings of Makkah and advises all his ‘followers’ to use the correct spellings in future.

Now, let us observe the role of the judiciary in this matter. A few months earlier, the courts honourably acquitted Malik Ishaq, who is the leader of a terrorist organization and openly incites people to kill Shias and is involved in killing many Shias. Now, does this act of the very judiciary that exhaustively preaches about supremacy of law and judicial activism not constitute a criminal act? Also, the courts are so efficient that they take sou motos if two bottles of wine are found somewhere but they don’t take any sou moto on this continuous genocide. Is Shia blood cheaper than wine?

Now let us come towards another proclaimed pillar of the state, which is the media. This is the media which night and day makes a feature of news regarding the Swiss courts and a monkey riding up a pole and gives hundreds of hours of air time to those who have been rejected again and again by their constituents and the country and who have nothing new to say. The very same media doesn’t give even a few hours coverage to the Shia killings and does not inform people who is being killed and who is killing. And the TV anchors who feel privileged to discuss the Swiss courts do not find it appropriate to discuss on what basis the Pakistani courts honourably acquit the Shia killer Malik Ishaq and other terrorists like him so that they can continue shedding Shia blood.

Last but not least, in this whole bloody act are the people of Pakistan, who celebrated independence by singing ‘we are one’ and ‘we are free’ and ‘we are united’ but have they ever asked themselves if they consider anyone other than themselves as human? All the terrorists and killers in Pakistan will keep on cutting the throats of people as long as they have the support of the masses. First they presented Ahmadi Muslims as infidels and non-Muslims and you agreed with them and didn’t raise your voice against their general killing considering it none of your business; after all the matter was only about the Ahmadis. Now they are targeting Shia Muslims and you are still silent and think that it is not a problem, after all it’s only the Shias. However, if you still don’t break your criminal silence and raise your voice against this genocide and do not extinguish the fire of hatred, then let it be known that tomorrow the turn is yours. Do not expect that anyone will come forward to save your life from these Qadris, Liaquat and Ishaqs.