Home  »  Original Articles   »   Is Islam the problem behind the issues concerning Pakistan? – by Raman Seghal 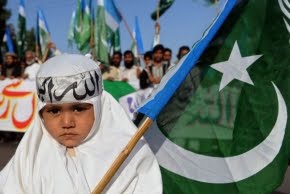 The main reason of Human civilization evolving to its present form is the ability of humans to question. This questioning gives rise to reasoning which leads to formation of ideas. We all are surrounded by thousands of ideas which were conceived and subsequently developed by millions of humans. Everything that is around us (excluding nature) started off as an idea in somebody’s mind.

Religion too is an idea concocted by man.

All religions had tremendous sway on people’s mind and all thrived as they forbade questioning of the belief system. Abrahamic religions viz Christianity, Judaism and Islam were more intolerant, as central to these beliefs was one god and singular philosophy. Source of this intolerance were the books which were supposed to originate from god – who cannot be questioned. Anyone with different idea or questioning mind was punished with blaspheme and killed.

Christianity had its evil period of inquisition where thousands were killed for blaspheme. It was the reformation age that saw reformers ask the question of supremacy of Pope and take Christianity back to the ideals of Christ. This fight against the conservatives saw questioning being permitted in the society and hence leading to separation of state and religion leading to industrial age and modernity and subsequent progress of human race. Christianity is now reformed to such an extent that only image that is projected is of Christ as a loving and self sacrificing man. Bible is forgotten and rarely quoted. Religion is totally into the backstage so much so that only few percentage of Western population visit churches and large percentage have become atheist. Progress is for everyone to see.

Dharmic religions viz Hinduism, Budhism, Jainism were comparative tolerant as there were multiple gods thereby having divergent philosophy so people developed tolerance to each other. Here also evil practices were followed like untouchability, sati, caste system, suppression of women, etc. The source of all this evil were religious books which were again not to be questioned and the only ones able to read the books were those who were enjoying the fruits of the system. It were the British who introduced education to Hindu elite who in turn saw the progress made by Europeans and started questioning their own system. This lead to reformation in Hindu religion where all superstitions and evil practices were questioned and slowly eliminated. These reformers again looked at the original source of their religion and eliminated subsequent evil practices. The last nail in coffin was dug by Nehru when he introduced Hindu Code Bill thereby ending centuries of discrimination and evil practices and ushering in a path towards modernity. The fruits that we see today are direct result of these reformers. There are still miles to go till we reach any where near the progress already achieved by west.

Being the last of the Abrahamic religions – it was formed while wars / battles were being waged. So the most of the verses especially the Medinan ones are violent and intolerant especially towards non-muslims. The tolerant verses are mostly of Meccan period. Nonetheless, it was a new philosophy that instilled fire among people and led to the conquering of most of the civilized world both politically and religiously. As long as there was something to conquer Islam had its golden period but the trouble started when there was nothing much left to conquer or they were not able to do so. Religious tenets were followed strictly and questioning on religion was prohibited. So no new idea could be generated and society started decaying. The mighty Islamic rule crumbled under the might of colonization which later resulted in its fragmentation and disorientation. There was an attempt by Islamic followers to reform Islam ie to go back to its basic Islamic tenets and this was the start of Wahabi movement which can be summarized as us against others.

There were other reformers who wanted to take Islam away from its intolerant ways – but unfortunately they were killed – this resulted in spread of fear so much so that honest open debate in Islam is almost impossible till today. Since Islamic tenets could not be questioned and mohammed and his actions are above scrutiny so there was no possibility of any change. The laws and beliefs to be followed remained of the 7th centaury. Children are brainwashed from early age into believing the presence of god and fear in instilled to desist them from questioning Islam and mohammed. This is common all across Islamic world.

There are 57 Islamic countries and all except 3 are intolerant and failures. The 3 moderate ones are Turkey, Malaysia and Indonesia. Turkey is success because its founder deliberately kept it away from islam so much so that even hijab was banned and its script was changed. Malaysia is success due to its 40% non-muslim population who control almost 80% of its economy – it is a country where majority muslims are given reservations (normally it is the opposite). Indonesia is liberal as it stayed closer to its roots and they developed their own version of Islam away from Wahabi cult – but sip is showing as real islam is being indoctrinated.

Other successful countries like Qatar, Kuwait, UAE are due to their oil wealth and US support. The misery is that complete GDP of all Arabic States minus the oil revenue is less that the GDP of Finland. Why is this so? Simply, because people do not question or reason because Islam prohibits reasoning – Koran is final and there cannot be anything new and better – so why think.

Islam has trouble will all “others”.

Muslims have trouble with Christians, Hindus, Jews, Buddhists, Chinese, Russians, Philliphinos, Thais, Burmese, Sri Lankans (though less), Africans, almost everywhere they are in conflict – it cannot be that muslims are all bad or “others” are all intolerant – there can only be one reasonable explanation – there is something wrong with the Islamic philosophy.

Ideally Pakistan should have been a progressive state with very fertile land, great natural resources, cohesive population of one religion and beliefs and a friend like US (being the most advanced country in world – other nations like Japan, Korea, Europe, SE Asia, etc benefited tremendously from being close to US) but exactly opposite happened. Why? Pakistani leaders fixed a cork on their thinking heads by making allah as the supreme head of state thereby making Koran and hadiths as its de-facto constitution. So country was heading to 21st centaury by implementing at 7th centuary laws & ideals and again without anyone daring to question. Monstor was created and regularly fed that has now grown too big for anyone to fit it back in a bottle. Islamic philosophy being us against others –Islamic monster was launched against hindus of India and Pakistan and Ahmediyas.

Well Pakistani Hindus and Ahmadiyya were eliminated (or on verge of being so) and Hindu India got lucky to turn the direction of this monster to inside. So now this monster is turning to Shias and then it will be the turn of Barelvis and later Wahabis will kill each other. Again question arises Why? Muslims will answer that these are misguided people and are not following the real tenets of islam. The fact is that these are the people that are really following the real tenets of islam – remember Abdul Wahab reformed islam by taking it back to its original roots. The other sects like Sufis, Ahmidyas and now shias are heretics who diverged from one and only true Islamic path and they need to be killed.

Islam is the core reason for pakistan’s miseries and its immediate victim was the loss of the identity of the people who converted to it.

Islam also destroyed Iran. It killed or converted almost all Zoroastrians. Look at Parsis in India and Pakistan – they are the most entrepreneurial people in the world. Look at the wealth they have created. India has around 1.5 lac Parsis and they control best of the Indian companies and also are great educationist, philanthropists, etc. I am sure they would be same in Pakistan. Now just imagine these people ruling Iran – what Iran would have become. Since Islam is ruled by islam – it has become pariah state. But still Iranians take pride in their Persian ancestry and are doing better than other Islamic world.

What about Pakistanis – who are they. Honestly they are confused people. Their ancestry is Hindu whom they hate and despise and would never loose an opportunity to run them down or out right kill them. They follow Arabic religion and try to follow them blindly but are treated like sh*t by the arabs . The Pakistani’s heroes are the Arabic ones or those who attacked, killed and raped their ancestors (Ghauri, Qasim, Abdali, etc). Their instincts make them follow Hindu culture, movies, song and dance but intellect goes against it and tries to push to it Arabic way of life. Moreover their anthem is in Persian. They want to lead Islamic Ummah – but ummah treats them as non-entities. Any normal human would be confused and ask who he is? Whom to believe and what to follow? The void is created and this void is filled by Islamic philosophy of hate towards others.

Are there any solutions?

Yes – with media both mainstream and on internet – it will be impossible to hide falsehood – no matter how much censorship is introduced. I see on TV – Islamic history after mohammed has already been discredited (just listen to Hasan Nissar) – and the net is doing a fine job of discrediting the history of mohammed’s era. I know most of the muslims are in denial and trying to find the answers and hiding behind unreasonable explanations – but few educated ones are leaving Islam and spreading their new found knowledge of religion. Even your blog is doing a good job of highlighting the symptoms of the disease – well sooner or later muslims will be forced to think what exactly is the real cause of these symptoms – my effort is just a small one to make you think the unthinkable. Good Luck (you need lots of it). 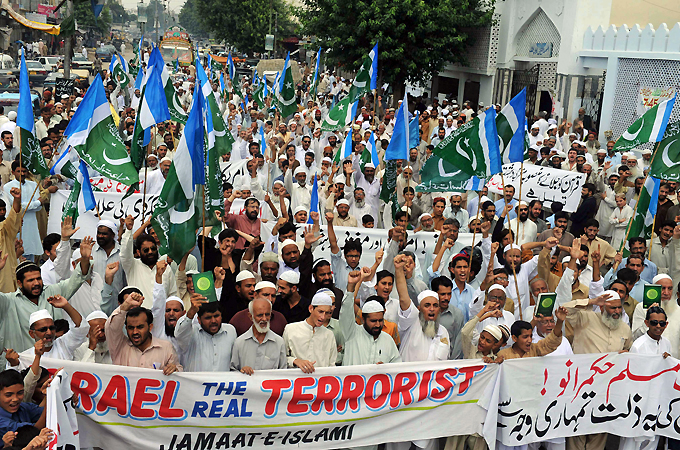