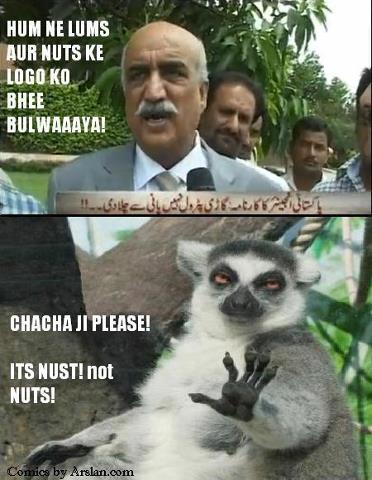 I believed that Dr. A Q Khan was the scientist who brought advanced atomic energy technology to Pakistan. Of course there were other stories that he was really a figure head and the real heroes of the atomic power of Pakistan remained hidden. When I watched this interview with Dr. A Q Khan I am convinced he could not be a physicist or scientist. He seems comfortable is violating the basic laws of thermodynamics. I must say an enormous disappointment.

Why are the most important and influential channels even bothering to cover this complete hoax? Clearly this is a testament to non serious nature of their business. They are simply trying to create sensation out of nothing. They are trying to fool the highly disturbed, energy starved populous  of Pakistan with a dog an pony show. It is sad to see Dr. A Q Khan get in to the act and create more confusion.

The only thing left is a Suo Motto action by Chief Justice of Pakistan to make it a complete circus.