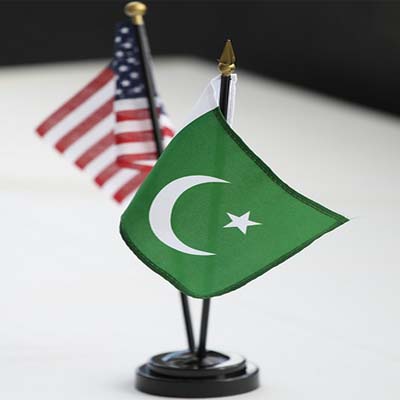 For my mental health, I never watch Pakistani television, be it state run or the so-called ‘private’ channels.  And if I am forced for whatever reason to put up with it for an hour or so, it is, and I am not exaggerating here, the most painful experience; an experience I find difficult to explain in language that is utterly unacceptable in any civil society.

Personally, I am convinced that as soon as the media became independent in Pakistan, it has been a race to the bottom by these anchors and other personalities on T.V.  And except for one or perhaps two voices of reason, majority of the talk show hosts in Pakistan are narrow minded, one dimensional,  Zardari hating, Osama worshiping, illiterate gangsters who are determined to destroy logical and analytical thinking in Pakistan by constantly airing pro-Taliban and anti American views.

This madness has to stop.

Ever since the current government took over, the country has been thrown into hysterical anger, resentment and in overall state of chaos because of the non-stop vitriol on almost all the channels. Thanks to the so-called anchors and experts on T.V., there is hardly anything sane or sensible, except personal attacks, counterattacks, accusations, mudslinging, and name calling. And, it seems that after Asif Zardari’s elections as the president, all hell broke lose.  In fact, I am willing to bet my house that you would be hard pressed to find anyone talking about the issues that are about to swallow the country, except for attacking, blaming and holding Zardari responsible for everything that is wrong with Pakistan. Unfortunately, Zardari hatred has become a national sport and this is truly appalling and could very well be the most devastating turning point in Pakistan’s history.

Logically speaking, this level of hate, anger and bitterness is suicidal and it cannot and it should not be nurtured.

Looking at Pakistan from Washington’s comfort and security, it is obvious that the country has been in perpetual crisis ever since its inception. But today, the country is literally under water, and in the days ahead (not years, months or weeks), lack of food, shelter, jobs and a whole set of the other challenges are going to test Pakistan as a country, and I am not very optimistic that Pakistan as a society is ready to tackle anything serious.

And this is really worrisome.

If, and it is a very big if, Pakistanis become serious, put aside their trivial differences, leave Zardari alone and as a nation come together to overcome the monumental challenges that the country is facing, the country might come out of misery, poverty, and hopelessness in 10 to 15 years.

However, judging from Pakistan’s expert discussing Pakistan on Pakistani television, it seems impossible.

As always, America has proved to be a true friend and helped Pakistan during this difficult time. Not only is Washington giving millions  in aid, in addition to billions of dollars that are already earmarked for Islamabad, Americans are also mobilizing global donors to give more to Pakistan to cope with hardships and challenges that seem never ending. But, it is impossible to find anyone on the streets, in print, or on electronic media within Pakistan mentioning American generosity, kindness and forgiving philanthropy.

This, too, is maddening.

Unless Pakistanis take control of their own destiny, take responsibility for their own failures, and come up with a clear plan to change their lives, no amount of money, aid, and help can improve their future. Unless Pakistanis unlearn the art of shifting blame (if only Zardari leaves, if only America leaves Pakistan/Afghanistan, if India/Israel and RAW & MOSAD don’t mess with Pakistan), things will never get better.

So, as wise people have said, choices have consequences. Pakistan today is faced with choices between hate, anger, resentment and sanity, responsibility and honesty.  It is up to the people of Pakistan to decide what path they are going to take and what they want to be their destiny.

Let us hope that they chose wisely.