Politicians, Mullas and anchors belonging to Al Qaida and Taliban often present an argument in talk shows “If USA is negotiating with Taliban in Afghanistan , then why we cannot negotiate? “. many a times anti taliban/al qaida people do not properly respond to question.
Here is the answer to this question:

America is negotiating with Taliban in Afghanistan on following two issues

Now why there cant be any negotiations with taliban in Pakistan

1) do we want to give some power share to Taliban ? Answer is no , we cant, there is a constitution in Pakistan and anyone wanna come to power should follow the criteria defined by constitution i.e electoral process..Politicians belonging to Taliban and Al qaida (Imran Khan, Fazal, Munawar, part of N league) should participate in elections and if people give them manadate then they have every right to govern. otherwise they should shut up.

2) America want to wthdraw from Afghanistan, from where we want to withdraw……do we want our army to be functionless and allow taliban to do whatever they want in Pakistan..answer is no..

3) there is an impression (which is false also) that Afghan Taliban somehow represent pakhtoon community of afghanistan, do TTP represent Pakhtoon community of Pakistan..answer is once again NO..Pakhtoons are represented by parties present in parliament from KP..and they are mostly liberal parties like PPP, ANP (Govt. in KP)

Anyone asking negotiations with Taliban is committing high treason, violating constitution of Pakistan, want to hand over Pakistan to Taliban and wants to surrender parts of the country to TTP thus conspiring against existance of the Pakistan as a state and against soveriginty of Pakistan. All such persons should be trialed under article 6. 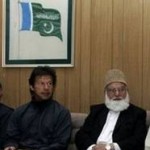 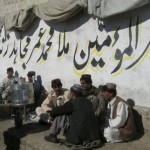