Tomorrow is an international day of prayer for the release of a Pakistani woman sentenced to death for blaspheming Islam’s prophet, Muhammad. Dominant Muslim nations such as Pakistan (“Land of the pure”) have instituted blasphemy laws which punish, often with death, any insult, real or perceived, against the founder of that religion.

That would be bad enough, but what is worse is that the laws are used as raw leverage against the weak and defenseless. Christians are the main target, but others as well, such as minorities in offshoots from Islam such as the Sikhs, and even normal Muslims, can at any time find themselves charged with blasphemy or tearing up a Koran, as a way for the accusers to exact personal revenge, get a hold of land or livestock, or to pressure women for sexual favors.

In the case of Asia Bibi, the woman on death row at this time, the motive seems to be revenge and just plain bullying and bigotry. What’s new is that this is the first time Pakistan has stooped to sentencing a woman to death for this supposed crime.

There has been talk of repealing the blasphemy laws in Pakistan for many years, but the problem is that the military has ruled the nation by shrewdly balancing off the religious groups against the secularists. And it hasn’t been good politics in recent years to tick off the religious groups by repealing these laws. As a sop to the West, Pakistan has instituted a ministry for minority affairs, but it’s pretty much a joke. And a week ago, one outspoken governor who openly sympathized with Bibi’s plight was assassinated for his position in the matter. One could say there is a distinct and tragic chilling effect on liberalization in Pakistan. 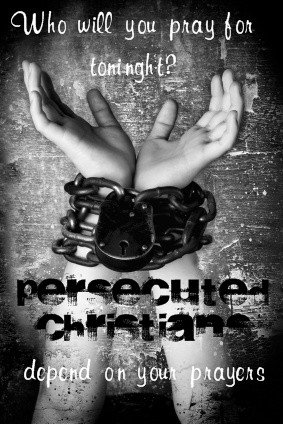 So this is more than about the life of one woman, as important as that is. The Body of Christ is suffering worldwide, especially in Islamic and totalitarian nations, and the use and misuse of blasphemy laws is often the cutting edge of the sword used against our brothers and sisters.

Separately, in Lausanne, Evangelical leaders got together and issued a call for unity and fervent missions. I’d like to draw attention to one clause of their statement:

“A divided Church has no message for a divided world. Our failure to live in reconciled unity is a major obstacle to authenticity and effectiveness in mission,” it states.

“We lament the dividedness and divisiveness of our churches and organizations. We deeply and urgently long for Christians to cultivate a spirit of grace and to be obedient to Paul’s command to ‘make every effort to maintain the unity of the Spirit in the bond of peace.”

This is absolutely key to our progress in the world. As one of the last things He said during His natural life on earth, Jesus prayed and exhorted His followers to be one, even as He and the Father are one – and that’s pretty tight organic unity, indeed.

I do not ask for these only, but also for those who will believe in me through their word, that they may all be one, just as you, Father, are in me, and I in you, that they also may be in us, so that the world may believe that you have sent me. -John 17:20-21

At this point, I don’t much care about ecclesiology or tradition or structure, beyond the basics. I care about essential right doctrine, and I care about love. The Body needs to come together if our witness is to have any power at all.

Please spread the word. Let’s join in solidarity tomorrow with our suffering sister, and with the suffering church throughout the world. Let’s do it for their sake and for the sake of the Gospel. The onerous blasphemy laws are being used to violate rights and subvert justice. They also are being used by a militant religion to stifle criticism and dissent, which is a major reason why Islamic societies have consistently failed to evolve and prosper. God loves freedom (Gal 5.1) and He welcomes honest questioning (Is 1.18). He can take the heat.

May God bring peace and prosperity to His church, and if necessary, strength under persecution, but in either case, love and unity.(Source)