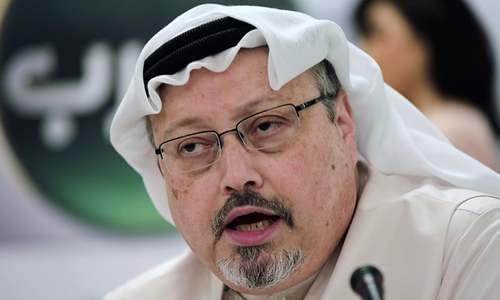 A toy store in Germany, after a storm of protests on Social Media by pseudo-liberals, is forced to remove a Leggo toy of a WWII tank, as being “offensive.” The fact that neo-Nazis parade in the streets of today’s Germany, displaying insignia of the Third Reich, does not seem to offend them as much as this toy has. The fact that Germany exports its killing machines to totalitarian regimes doesn’t offend them either, that’s just business. The withdrawal of the toy is in line with “Political Correctness” hypocrisy, the wholesale murder of people isn’t.

Everyone (in the west) is having a fit about the murder of a Saudi journalist, in self-imposed exile in the US, who was killed in the Saudi Consulate. The fact that thousands of Yemeni children are killed on a daily basis by the same criminal regime with the active support and assistance of these Western hypocrites, does not bother them in the least.

When the US Ambassador is present in the Parliament of pseudo-Macedonia during a crucial debate and vote on amending that Mickey Mouse state’s constitution, amid claims of bribery, intimidation and blackmail emanating directly from the US State Department, that is considered acceptable practice, but Russian nationals taking out 100 k dollars’ worth of Facebook ads is considered “Russian meddling” in the US elections. Any American hacker or one belonging to a US vassal state identified as being behind a hacking activity against Russia, China or any other country perceived as an enemy of the US, is merely an independent criminal element. If the hacker happens to be Russian, he’s most certainly a Kremlin agent taking his orders directly from Putin himself, no less.

Trump wants to be seen as “punishing” one of his besties for (being caught) doing something wrong, but let’s not go overboard and jeopardize a 110 billion dollar weapons deal just to pretend we are the “beacons of justice and democracy.” F@ck that, nothing is worth that much.

I was going to touch on the hypocrisy of the #metoo movement, but I decided I’m just in too good a mood today to have it spoilt by hysterical individuals.