Home  »  Featured • Original Articles   »   Some Salafi-Wahhabi Muslims try to dilute Ashura by a mechanical commemoration of a Jewish holiday, Even though they hate both Jews and Shias. 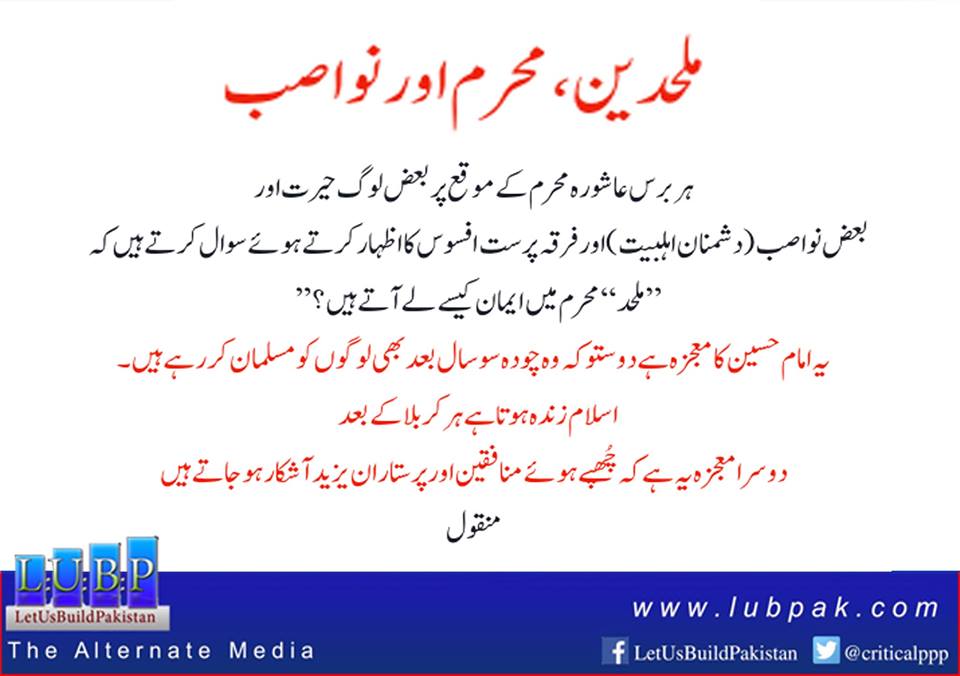 Some Salafi-Wahhabi Muslims try to dilute Ashura by a mechanical commemoration of a Jewish holiday. Even though they hate both Jews and Shias.

Some Shia Inqilabis try to dilute Ashura by subverting it into the once-a-year civic duty day. So they will clean out the trash in their rooms, take selfies of themselves donating blood in revolutionary-chic Keffiyehs and retweet on Palestine and Myanmar. They rest of the year, they will do little else and any activism or civic duty will be strictly for optics.

Both groups gravitate towards Fascism, Literalism and Puritanism.

Commercial liberals either party or reinforce the exclusivist doctrine of these two groups. This lobby keeps idealising Mansur Hallaj who immolated himself but then get queasy about self flagellation. Hypocrites!

The rest of Pakistan unites and pays tribute to the prince of martyrs, Imam Hussain (as). They save up the whole year so that they can distribute free food and drink to the mourners and Azadars of Imam Hussain. Sunni craftsmen in Multan toil endlessly to create the most beautiful Taziyahs. Hindu poets compose the most stirring poetry for Imam Hussain. Christians and Sikhs join Ashura julooses and Imambaras by the droves.

The Shias who do Azadari are increasingly dismissed as “junkies” and “deviants” and “polytheists” by their own Shia Clerical elite.

Azadari in Pakistan is both a great unifier and the perfect litmus test.