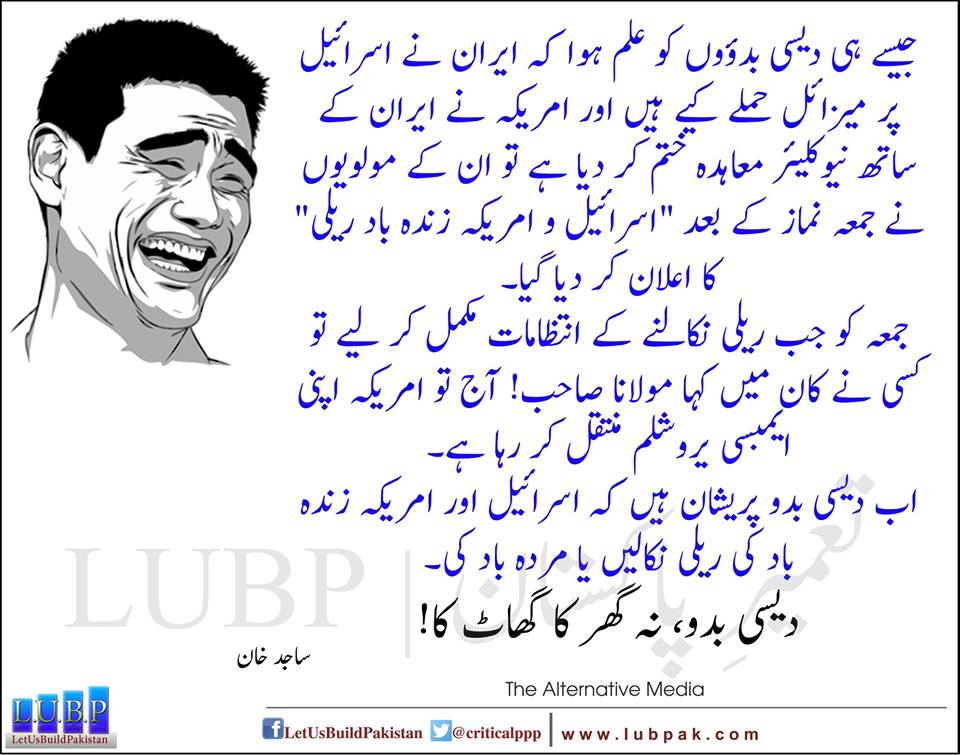 Once again, Israel reacts with disproportionate force against #Palestinian protests, killing and wounding scores of unarmed protestors. Once again, there is typical outrage. And once again, many of those protesting the violence in #Gaza are exposed for their hypocrisy on #Syria.

Syria, #Lebanon and Iran have been the most loyal supporters of the Palestinian cause. So essentially a predominantly Sunni Muslim cause is most fervently supported by countries whose politics are lead predominantly by Shia Muslims. This is a fact that is conveniently ignored by #WSD dictatorships like the Gulf despots and their minion SJWs like #MehdiHassan. In fact Arab theocracies and dictatorships like Saudi Arabia, Qatar, Jordan and Egypt have dumped the Palestinians a long time ago. SJWs who selectively rant against Israel should spare some criticism for Saudi Arabia, Qatar and Jordan as well.

In fact, those Pakistanis, Qataris and others who criticise Israel on Gaza; support Israel when it is bombing another Muslim country like Syria!

Hussam Ayloush, a Salafi #CAIR operative was publicly cheering Israel’s bombing of Syria. Just like Jamaat e Islami and Pakistani commercial liberals, who cry crocodile tears for the Palestinians but who support the destruction of the secular Syrian government. The Syrian government is paying the price for supporting the Palestinians. Another hypocrite is Mehdi Hassan, an Uncle Tom mouthpiece of the Qatari propaganda outfit, Al Jazeera.

These hypocrites tacitly and/or directly support Israel when it bombs Syria but condemn it when it uses heavy handed tactics against the Palestinians. None of these hypocrites properly call out the Saudis, the Gods of the WSD (Wahhabi Salafi Deobandi) constellation who have sold out the Syrians, Iranians and the Palestinians. At the core of this hypocrisy is the vicious sectarian hatred in WSD ideology against both Shia Muslims and Jews. WSD ideology fuses this hatred against both other Muslims and Jews by labelling Shia Muslims as “#Rafidi” and “#Sabai” (Jewish Fifth columnists). These are the allies that Israel has chosen for itself; an alliance that is dark for Muslims, Jews, Christians, Ezidis, Druze and Atheists.

As for the West, one cannot escape the irony of their dishonest narratives on Syria vs Israel. In Syria, in places like #Daraa, foreign Salafist mercenaries congregated at an Ikhwan mosque and employed snipers to kill the Syrian police and army. In the initial days of the conflict, more Syrian soldiers and police were killed as opposed to the “peaceful unarmed protestors” of Kerry and Hillary. Compare that to the coverage on Israel.