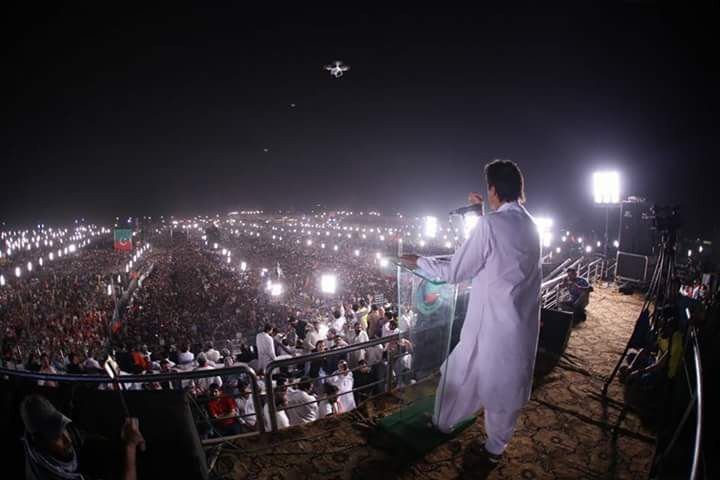 Imran Khan’s Jalsa in Lahore was massive. Lahore is the heartland of your “liberal” “anti establishment” Saudi poodle Nawaz Sharif.

What happened? Was this an ISI conspiracy that tens of thousands of Pakistanis came out to support PTI? Are these Pakistanis all “Boot Polishers” for rejecting your Al Bunjabi Loin?

Pakistan’s commercial liberals malign the typical Insaafian for using bad language and fascist tactics. Clearly, they are not being honest. While Insaafians are no angels, they pale in comparison to Patwaris.

Have you seen how Patwari attack dogs behave and the despicable tactics they use to absolve the PML N dynasty of murder, loot and fraud.

I don’t support Imran Khan but the man can sure bring in the crowds – far more than your Patwari icon Nawaz Sharif could muster inspite of having access to Federal and provincial PML N Government resources.

After PPP Punjab that has migrated to PTI, will PML N’s electibles (mostly Lotas) now also flock to PTI?

I think those who are predicting a PML N victory at the polls might be in for a surprise.