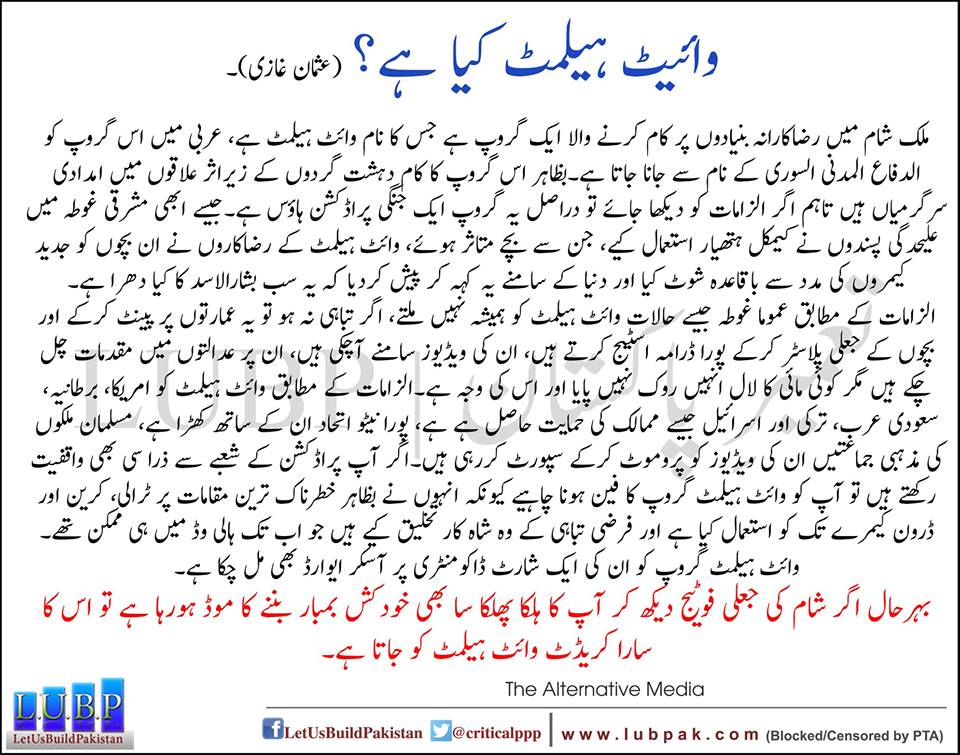 If anyone dares to differ from the ridiculous Pro – Al Qaeda Script on Syria, they are branded as “Putin puppets”. Those who don’t tow the Jamaat e Islami and Sipah Sahaba line on Syria are abused on their assumed beliefs by sectarians and apologists.

Given their record over the last half-century, it would be foolish to trust mainstream media in the first place. Coupled with that is the fact that mainstream media outlets like #CNN and #AlJazeera source their Syria stories from mostly foreign Al Qaeda supporters and fronts.

Veteran Pakistan journalist, Nazeer Naji is accredited with providing an excellent and perennial litmus test for evaluating #MSM. His criteria is as follows:

“In times of confusion, always look to Jamaat e Islami. Whatever their stance and posturing, the opposite must have both truth and merit.”

The Jamaat e Islami are Pakistan’s sister group of the Ikhwan and are avid supporters of Al Qaeda “rebels” in Syria!