Home  »  Original Articles   »   Nawaz Sharif: a Victim of his own Dirty schemes and Avarice 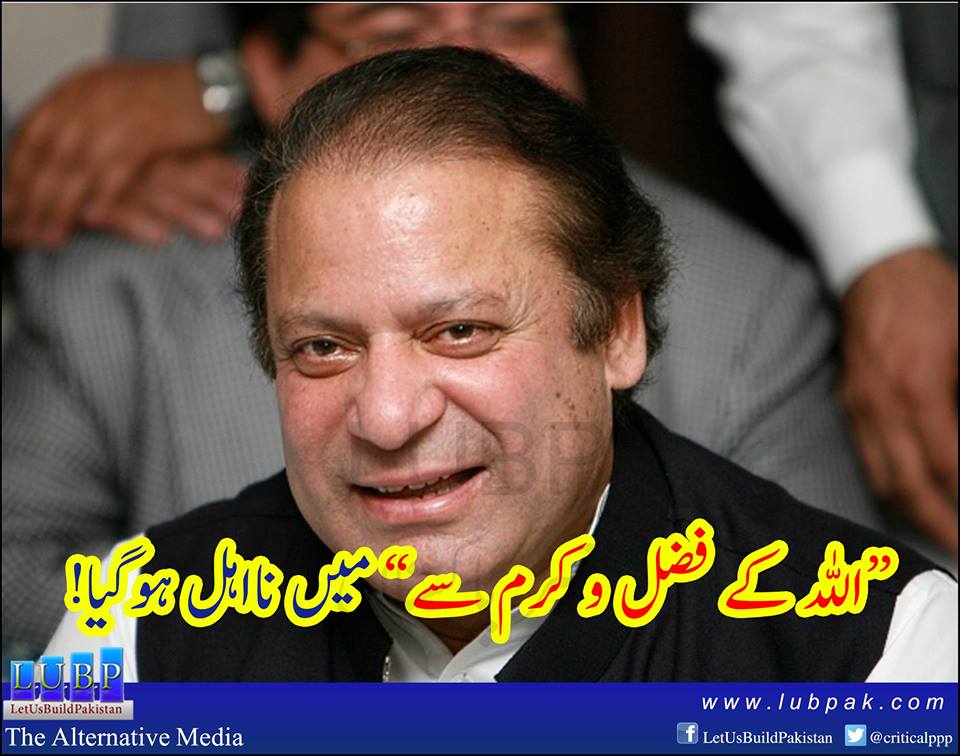 For four decades, Nawaz Sharif collaborated and schemed against democracy in Pakistan. He collaborated with over-ambitious generals and military dictators. Dirty and corrupt PCO judges like Iftikhar Chaudhary, Ramday and Saeed uz Zaman Siddiqui knew that they could always depend on Nawaz Sharif for dirty handouts. Vicious hacks like Najam Sethi and Cyril Almeida were always willing to sell their conscience to Nawaz Sharif in exchange for the ride on the Badmash Gravy train.

Nawaz Sharif, the current darling of Pakistan’s commercial liberal lobby even took money from terrorists like Osama Bin Laden for scheming and rigging the elections against Benazir Bhutto.

At least six elected and interim prime ministers were derailed by this dirty schemer. Today’s decision is a minor setback for Nawaz Sharif and his family. His brother still controls Punjab and his hand picked, ISI-affiliated Prime Minister is still loyal.

Any other person who had the same corruption allegations and record of poor governance would have been buried by now. But Nawaz Sharif is the hand picked establishment candidate and Saudi Arabia’s “man in Pakistan”. He has carefully “cultivated” wide sections of the media – both Urdu right wing and English pseudo liberal and Marxist poser types. Most of these media types would sell themselves for a few cases of good quality liquor and a few paid vacations to Dubai. Nawaz Sharif is a good Employer in that regard.

Today’s decision by the Supreme Court is typical by their (low) standards. And Nawaz Sharif is the one who created the path for the Judiciary to interfere with the Legislative. During the last PPP government, the intriguer Nawaz Sharif played an abominable role in scuttling parliament while plotting with corrupt elements within the judiciary.

The country is sick and tired of his whining. It is time that he faced legal accountability.

Meanwhile, Nawaz is getting the mildest of poetic justice – and damn lucky at that while as a free man, with his party in government, and a bevy of crony media people behind him, he seems to revel in his new found teeny weeny agony, and still woefully oblivious to any long term threats that are looming large on Pakistan’s democratic, judicial and geo strategic horizon.