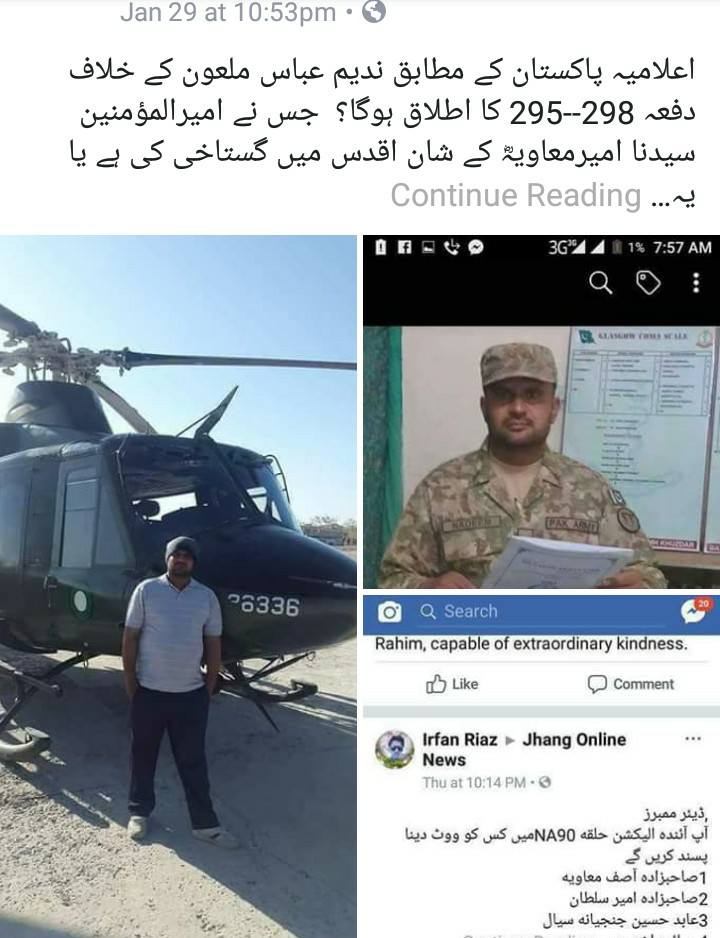 #ASWJ / #SSP is banned organization but organizing its hatred activities all over the country freely and its offices are fully functional without any hurdle in every area of Pakistan. Their working and activities shows that ban is just in papers.

ASWJ/SSP is publicly propagating such things which can create divide in Army on sectarian basis and we are surprised that not only federal government is keeping tightly closed its lips but ISPR is also silent. Why Chief of Army Staff-COAS General Qamar Bajwa is not taking notice of such abhorring things?

We know that PML-N led federal government never at all will take notice of such things but it wants to see more sectarian and ethnic divide in Pakistan. It is using #ASWJ/ SSP/LeJ as weapon to threat its rivals as we saw in Model Town Lahore on 17th June,2014 where terrorists of #ASWJ/ SSP/ LeJ in Punjab Police uniforms had killed 14 persons including two women of Pakistan Awami Tehreek-PAT.