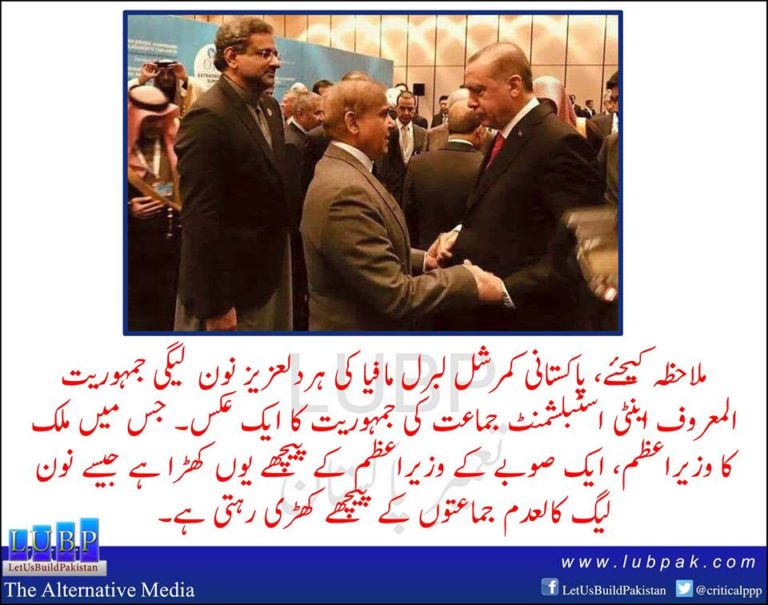 From the same Jamaatiya lobbies that brought you the slogan, “Islam is in Danger”, we now have a new slogan “Democracy is in danger”. This slogan is the new tactic of Dictator Spawn like Nawaz Sharif – where murder, corruption and child rape can all be absolved as long as those responsible for these crimes utter “Democracy is in Danger”

For 4 years, we have been hearing this SCRIPTED Slogan ever since the Punjab Government police under Shahbaz Sharif and Rana Sanaullah massacred and maimed close to 100 activists of PAT. PAT/MuQ is Pakistan’s largest Sunni organisation that both opposed 1. the murder of Taseer (who was a supporter) as well as the 2. Taliban.

PAT has also managed to unite large sections of Pakistan’s Sunni, Shia, Christian, Sikh and Hindu communities against the Takfiri menace that is protected by the Saudi establishment proxy government of PML Nawaz Sharif.

For 4 years, sections of Pakistan’s commercial liberal mafia, right wing establishment media, boutique leftists and #ISIS affiliated sectarian hate groups such as Sipah Sahaba have united behind the Saudi establishment proxy Nawaz Sharif. For 4 years, this lobby has cried wolf that “Democracy is in Danger” as an excuse to justify murder, child rape, corruption and financially destructive.

The “Empire’s finger” (a cliched metaphor to refer to Pakistan’s security establishment) has not been lifted to dismiss the PML N government. PPP governments of the past have been dismissed and scuttled for much less – always with the collaboration of the same Nawaz Sharif and his sellout lobby. This present PML N government’s electoral mandate ends in weeks but they still have not been made accountable for their various crimes. Because you know, “Democracy is in Danger”.

The fundamental lie that is being peddled is that Nawaz Sharif is Pakistan’s “New Liberal hope” as well as “anti establishment”. Unfortunately, the facts on the ground simply don’t support this wishful mythology. Whenever there is any serious protest, it is confronted with the same fascist slogan “Democracy is in Danger” after which there is simply no room left for debate.