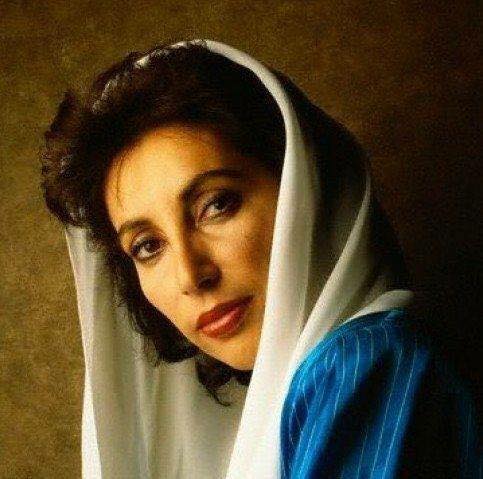 Talking heads create confusion by deflecting away from the Taliban and by talking about the establishment as if the two (Taliban and establishment) are separate entities. The logical response should be : Is there really a difference.

Owen Bennett Jones has provided probably the most detailed account on the murder of Benazir. He talks about how the Scotland Yard and UN investigations that were ordered by her husband and then President, Asif Ali Zardari, were frequently scuttled by the establishment.

Those who hampered the investigation included the typical traitors within the PPP. My guess would be Naheed Khan who along with the late Amin Faheem were the only ones in the car. Others like Babar Awan cannot be completely absolved either.

Ron Suskind has written how US-backed military dictator, General Musharaf simply refused to provide protection to Benazir Bhutto. That was the responsibility of the Pakistani State and as the (unelected) head of State, he bears the responsibility.

Similarly, the Takfiri Deobandi nexus of the Taliban/Sipah Sahaba/ASWJ/JuA viewed Benazir Bhutto as the ultimate threat and in their typical cowardly fashion, they killed this brave woman.

Pakistan’s upper middle class chattering elites/commercial liberals often obfuscate the issue of faith based violence in Pakistan. They often deflect disproportionate blame on Bhutto and Benazir in order to absolve their beneficiaries like General Zia ul Haq, General Musharaf and their political spawn like Nawaz Sharif.

It must NEVER be forgotten that both in 1977 and 2007, Pakistan’s liberatti sellouts and champagne socialists marched with Jamaat e Islami to the beat of the ISI. Both times resulted in the elimination of first ZAB and then Benazir. The dishonest thugs who amplify the mistakes of the Bhuttos but NEVER hold to account right wing Taliban thugs like Nawaz Sharif will never honestly admit that ZAB and BB represented the biggest impediment to Jamaat e Islami.

Those who keep rehashing the tired argument of “who gained the most from her death” need to be reminded that it was Nawaz Sharif who gained the most. Low IQ politicians like Imran Khan was never a serious threat and his pathetic “she had it coming” published in a typical British rag demonstrates that. As for Zardari, he headed a weak government where to his credit, he oversaw crucial legislation that rolled back the extra constitutional power of the President (vs the Prime Minister). Even Samosa and sugar prices were decided by the ISI/Nawaz Sharif backed corrupt Chief Justice PCO Chaudhary; what he “gained” is best left to the fantasies and delusions of Pakistan’s chattering classes.

She has seen through the farce of the Liars Movement even as she principally opposed military dictators like Zia and Musharaf.

This brave woman and her diehard Jiyalas represent decency in Pakistan. They represent hope. A new beginning.