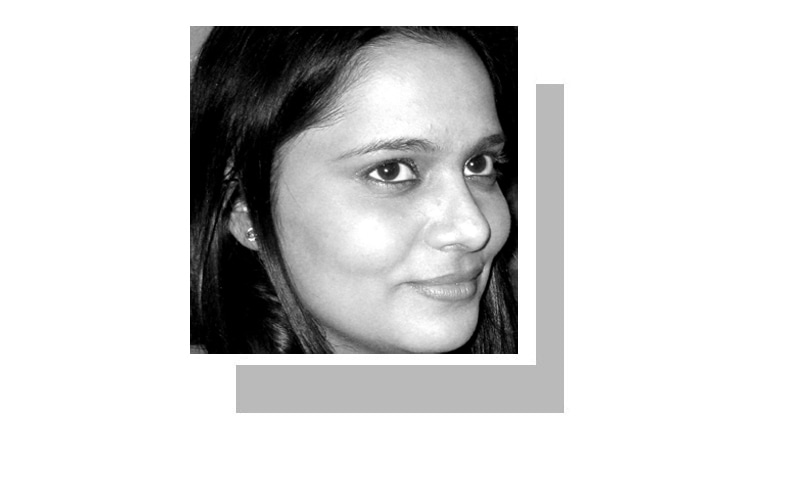 Editor’s Note: After quite some time, we at LUBP came across an article that at least attempted to create a sense of balance, proportion, nuance and specificity. “Powerless Liberal” by Zahra Sabri was accurate in its observations about the disconnect between the liberal elites and the masses.
Similarly, the article also touched upon other important themes. For instance, the dominance of Pakistan’s English media by (commercial) liberal elites.

We at LUBP have also recognised that while the commercial liberal elites do not have roots in the masses outside of selective, upper-middle class urban settings, they are dominant in explaining Pakistan to the outside world. This is precisely where commercial liberals need to be called out for their intellectual fraud.

For instance, the Sethi-Cyril Mafia has misrepresented a right wing, Pro Taliban politician as the “new liberal hope of Pakistan”. General Zia ul Haq’s spawn and Saudi Arabia’s pet proxy Nawaz Sharif had been lionised by these commercial liberal sellouts as “anti establishment”

Nawaz Sharif and his over-privileged family have supported, protected and buttressed the worst Takfiri terrorists over the last 40 years. The same liberals have also played an atrocious role in obfuscating the issue of faith-based violence where their manufactured discourse is just the sauve English version of the Jamaat e Islami and Sipah Sahaba propaganda pamphlet.

After all, it is Nadeem Farooq Paracha who has reduced the ongoing genocide of Shia Muslims as a “street riot”. Others have obfuscated the Taliban’s massacre of 70,000 Pakistanis as simply a “proxy war”
After all, it was Najam Sethi who played a crucial role in mainstreaming Sipah Sahaba’s leading hate monger Ludhyanvi. Sethi provided Ludhyanvi an unchallenged platform at both his weekly blog (TFT) as well as his gossip show on GEO.

SINCE the Faizabad debacle, numerous opeds have appeared in our English papers despairing over liberal/progressive forces’ apparently infinitesimal level of power in this country and enjoining them to become a more potent force of change. A less emotional assessment may suggest, however, that liberal/progressive forces possess an inordinate degree of power and influence — their street power might be limited, but they surely enjoy a tremendous presence in many kinds of mainstream educational institutions and media groups.

What does the word ‘liberal’ mean in Pakis­tan today? Many terms have one meaning in the technical/academic sense, and another recognisable one in the non-academic, lay sense. Take the term ‘fundamentalist’. It has a distinct history rooted in the Christian context, making it inappropriate and irrelevant for sophisticated academic analysis of Muslim or Hindu contexts. However, in a casual, everyday sense, many Pakistanis would recognise what style of behaviour or manner of being ‘fundamentalist/fundo’ refers to.

Similarly, while ‘liberal’ technically describes someone who subscribes to liberal notions of civic rights and freedoms and economic policy, in Pakistani lay discourse over the last two decades or so, it has come to take on another distinct inflection. It denotes someone who deems a profound cultural Westernisation of themselves and their surroundings as something positive, and desires and argues for a wholesale application to Pakistan of evolving and dominant rights and freedoms in the liberal West today. Although progressives technically tend to be left of liberal on issues like economic policy, even the category of ‘progressive’ is regularly collapsed into ‘liberal’ in such lay discourse since the two groups often find themselves inhabiting the same social and cultural spaces and taking up similar social causes vis-à-vis traditional/religious norms.

So how helpless and powerless are liberals in Pakistani society? Fact is that in almost all so-called elite educational institutions and in several prominent media houses (especially their English-medium enterpri­ses), the stamp of liberal desires is unmis­takeable. The segment of society which increasingly avails the services of these organisations is also not insignificant. It is not to madressahs and khanaqahs that Pakistan’s upcoming middle classes are choosing to send their children to seek education and careers but to organisations linked to the prevailing global economy and that have a Western-liberal orientation. Yet how far-reaching is the impact?

College education is generally seen as a key opportunity for shaping ideology and opinion. Yet even in university departments brimming with liberal/progressive professors, we often see only a handful of students ultimately convinced to offer committed support to liberal/progressive projects. Instead, the overwhelming majority of poor and middle-class students often see liberal politics as an elitist playground with the agents being well-meaning but linguistically and culturally disconnected at best, and supercilious and complacently ignorant about the society around them at worst.

The reception of the English press increasingly suffers from a similar problem. The much-admired work of old veterans notwithstanding, a newer generation of writers and desk staff is causing an image problem for the English press by turning it into an echo chamber of lazily researched rantings on a narrow range of hot-button issues. These ravings often have a disturbingly Orientalist tone that does not go unnoticed even by foreign visitors to the country.

Still, regardless of what people think of this self-avowed liberal class here, liberal ideals enjoy a near-hegemonic status globally and their influence in Pakis­tan is pervasive. Though religious arguments set barriers against pushing through every kind of Western-liberal legislation, liberals notions and arguments tri­ckle down into mainstream discu­ssions about policymaking on a relatively regular basis and can be seen on all levels of the education system, in media discussions, and framing of mainstream political discourse.

Whether it relates to issues of improving women’s status or the character of democratic institutions, between the limits set by religious law and the status quo as represented by traditional social norms and prevailing political culture, there is a huge space for social and political reform in Pakis­tan where liberal ideals can be seen as very active.

It is thus tiring to see our liberals paint themselves as much more beleaguered than they really are. It would be better if they formed a more realistic picture of the power and influence they do have in society (which is greater, in fact, than their numbers), and try to act on this opportunity more responsibly and inclusively to better effect. Today, many people in Pakistan who participate in various kinds of liberal politics prefer to distance themselves from the term ‘liberal’, choosing to adopt a dismissive and pejorative attitude towards it. It may not be a bad idea to reflect more deeply on why this might be so.