Home  »  Original Articles   »   Strategy for Election 2018:Inside the Godfathers’ mind – by Peja Mistry 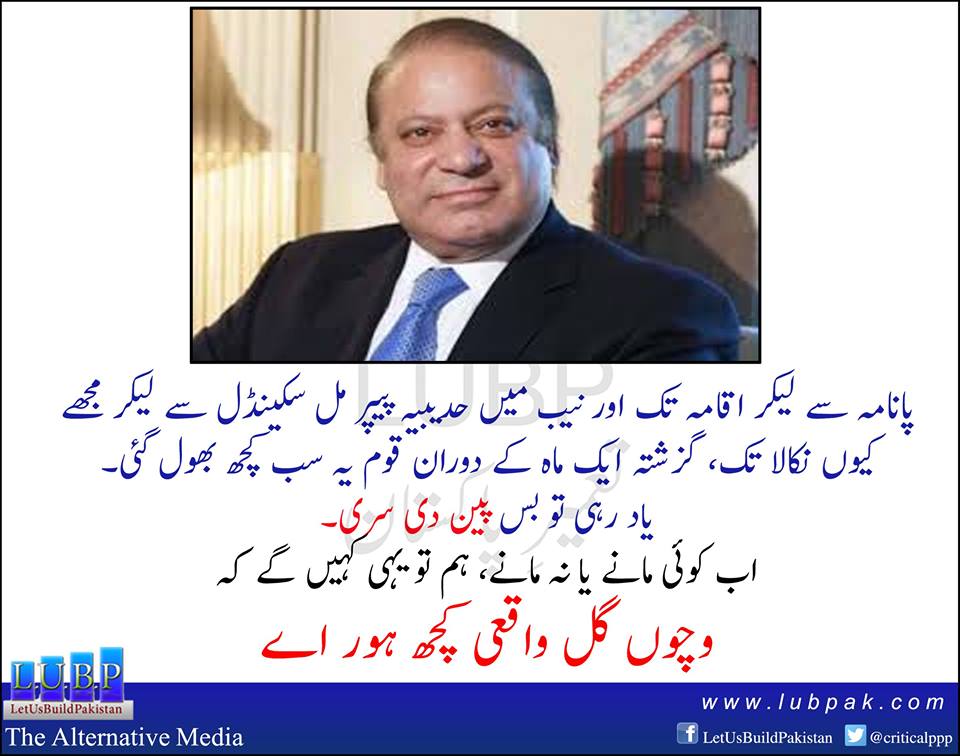 In 2014 when Imran Khan’s hundred twenty six days long sit-in was forcefully ended by one of the most heinous act of terrorism in APS, I wrote that Taliban military establishment had invested so much in Sharif brothers that they can go to any length to keep them in power. I am convinced that Nawaz Sharif’s defeat in 2018 elections will be the greatest setback to military establishment since 1977.

The problem military establishment is facing is that the right wing vote which has always been in minority in Pakistan has now been divided into two major segments. Imran Khan commands majority of the right wing vote including the good chunk of urban middle class. It is therefore impossible for Nawaz Sharif to win on the basis right wing voters only.

In 2013 elections, Taliban military establishment was able to evolve a strategy based on terrorism that created a sense of fear and detachment in the general public. Successful implementation of this strategy ensured Nawaz Sharif’s win in Punjab where Nawaz Sharif was given free hand to run the campaign. However this strategy can not work the elections of 2018. The terrorists activities create remorse against the sitting government, hence it won’t work.

The only thing our metric fail generals have learnt since the time of Ayub Khan is that common men of Pakistan hate corrupt military generals. Until Pervez Musharraf’s regime military generals would not admit this in anyway. But in the later part of Musharraf’s regime Generals like Kyani, Pasha had realized that there is no denying of the fact that even the right-wing minority population of Pakistan will not accept the establishment backed politicians or direct military rule. It was for that reason they had to willy nilly accept Zardari’s government.

However leftist PPP government was the biggest obstacle in establishment’s rule. The death of OBL was the proof how dangerous Zardari can be if stayed in power. It was for that reason Nawaz Sharif was brought into power at the cost of killing thousands of common men in terrorists attacks across Pakistan.

If you have been watching Geo carefully you will be easily able to identify the new strategy adopted by the establishment to get Nawaz Sharif elected in 2018. I will draw the outline of this strategy below.

The strategy for getting Nawaz Sharif elected in 2018 elections is multi pronged. The Einsteins like Musaddiq Malik and fools like Talal Chadhary have been articulating this strategy in their press conferences and talkshows on Geo.

By the end of 2015, one of the Einstein has come up with this idea that by filling in the gap created by the inactivity of PPP, PML-N can pose itself as the anti-establishment party by proving right-wing Imran Khan’s PTI as establishment party.

This way not only PML-N will be able exploit the anti-establishment sentiments among common men but will also ensure that they contest 2018 elections as opposition instead of a ruling party. One of the key pillar of this strategy was to ensure that people can be fooled by blaming establishment & PTI for any incompetence of the government. If you watch three programs on Geo carefully , number one Khanzada, number two Muneeb Farooq and third Talat Hussain you will understand the so-called narrative of PML-N for hiding their incompetence.

The second pillar of this strategy was to ensure that the right-wing vote is not completely lost. It was tricky part of the strategy, if they had portrayed themselves as right-wing party they would not have created the illusion of being anti-establishment and if they do not pose themselves as anti-establishment first they will lose the majority left wing vote and second they will have to share their right wing with PTI.

So they came with this sinister plan based on the extremist polarisation on the sectarian lines. This polarisation was also aligned with Saudi expansion plans. You would notice that over the past few months establishment and PML-N are trying to divide the right wing votes on Deobandi & non Deobandi sects. There are two aspects of this strategy first they want the majority Bralevi & Shia vote distributed amongst multiple parties including the newly established far right Bralevi parties. Secondly they want to consolidate Deobandi Wahabi vote and ensure that it does not fall into lap of Imran Khan.

For the success of this strategy it was imperative that in the presence of vibrant electronic and social media the whole plan does not appear too obvious.

At the moment establishment tout anchors & journalists are upbeat on the success of this strategy. For them Nawaz Sharif as the opposition leader acting as the greatest anti-establishment leader after Bhutto and at the same time having PML-N government in centre & Punjab is the success of this strategy. In the coming days with the help of judges Nawaz Sharif will be able to contest 2018 elections as both leftist & rightist leader.

But remember metric fail Generals of Pakistan have made such plans too often, they made similar plans in 1971, 77, 88, 97 & even in 2008. But people of Pakistan have always thwarted these plans with their unprecedented democratic acumen.

I will explain in my next article how military establishment is going to fail yet again in 2018.