Home  »  Original Articles   »   Why Commercial Liberal Mafia of Pakistan So Outrageous at this Time? – by Peja Mistry 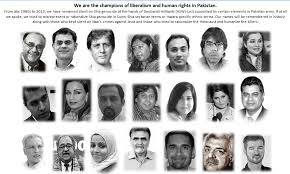 Iman Mazari is one of those promising young persons whom I have been following for the last few years on social media. In Nawaz Sharif’s long march when COAS called Nawaz Sharif to assure him that Iftikhar Chadhary is going to be restored, Iman Mazari among other careerist liberals likes of Gul Bukhari, Marvi Sirmid (who had not yet got an offer from Geo) were very active on social media and condemned Gilani & Zardari to bring Pakistan on the brink of Martial Law, they appreciated the timely intervention from Kyani to save Pakistan from falling into anarchy.

In the past decade there have been numerous terrorist attacks in Pakistan. Thousands of people died in those attacks. One of the worst attack was in APS which appeared to be an act due to an internal tug of war among warring extremists factions in the military. For obvious reasons this is the only attack which has caused commercial liberal mafia genuine grief. But even when discussing APS attack commercial liberal mafia does not express the outrage that in the past three days every single commercial liberal from the young Iman Mazari to the iron lady Asma Jahangir has expressed against military generals.

I can tell you that there is a method in this madness. The intense outrage shown by all the commercial liberals in chorus is part of a very carefully planned strategy. One of the common theme in all of those outbursts from every Tom Dick & Harry is the false comparison between Khadim Rizvi & terrorist like Mullah Fazlullah. Every commercial liberal in Pakistan in the last few weeks had equated Khadim Rizvi & his followers with takfiri deobandi extremists of past & present. They give references to Lal Masjid Molvi Abdul Aziz, Swat’s Tehreek Nifaz Shariat Muhammadi, Naik Muhammad etc.

At the same time they also mention terrorists acts like APS, killing of Army jawans and officers at the hands of takfiri deobandi extremists in the same breath as if to show that these attacks are committed by the Khadim Rizvi clan. This carefully crafted strategy is being executed by takfiri molvis in connection with commercial liberal mafia. You can notice that whole takfiri groups from judges like Shaukat Siddiqui to retired generals on Geo are hyperactive.

I have a firm belief that Pakistan’s fate is not that of middle Eastern Arab country like Syria or Egypt. I know that the DNA of people living in Pakistan has evolved from the most ancient civilization in the history of mankind, a DNA that contains the blueprint of liberty, freedom & democratic values.

With this background in mind, let us review the recent past history of Syria before Daesh/ISIS took over. When the so-called Arab Spring reached Syria, the upper middle class liberal section of Syrian society stood up against the dictator Asad, these liberal democrats had much better credentials then our liberal democrats as they had been fighting against the dictator Asad for long time. They consisted of intelectuals, diplomats, retired generals, businessmen, professors. They had very strong basis in US and European capitals. Just like their Pakistani counterparts these people primarily belonged to Sunni/Wahabi/Salafi ideology although they boasted their secular credentials just like our liberals.

As the Arab Spring took roots in Syria, this section got hyperactive against Asad’s regime, and with their presence in US & European capitals they were able to garner support not only moral and diplomatic but military support for the anti-Asad opposition groups in Syria. I have read the story of two such individuals whom you can compare with our comrades like Asma Jahangir and Raza Rabbani. As a matter of fact these two individuals had better democratic credentials than Asma Jahangir & Raza Rabbani. However these people worked hand in hand with ISIS/DAESH extremists to topple Asad’s regime. It was not just an alignment of common objectives, it was in fact common ideology that they had with ISIS/DAESH extremists. These two people were not only involved in supply of weapons to ISIS/DAESH strongholds, but were also involved in outrageous activities like slave-market, atrocities against Syrian army personals including beheading, rape etc.

Keeping this in view, let us fast forward to 10 years from now, and see where our Asma Jahangir and Raza Rabbani will stand. I will not be surprised if Asma Jahangir and Raza Rabbani are working hand in hand with the likes of Mullah Fazlullah, Mullah Omer or Sirajul Haq. I will not even be surprised if they are involved in atrocities like beheading, rape and slave-market. In this context you should not be surprised by the outrage these people are showing not only against the military general who was distributing money in Dharna participants but also against the participants of Dharna and the policemen who refused to open fire.