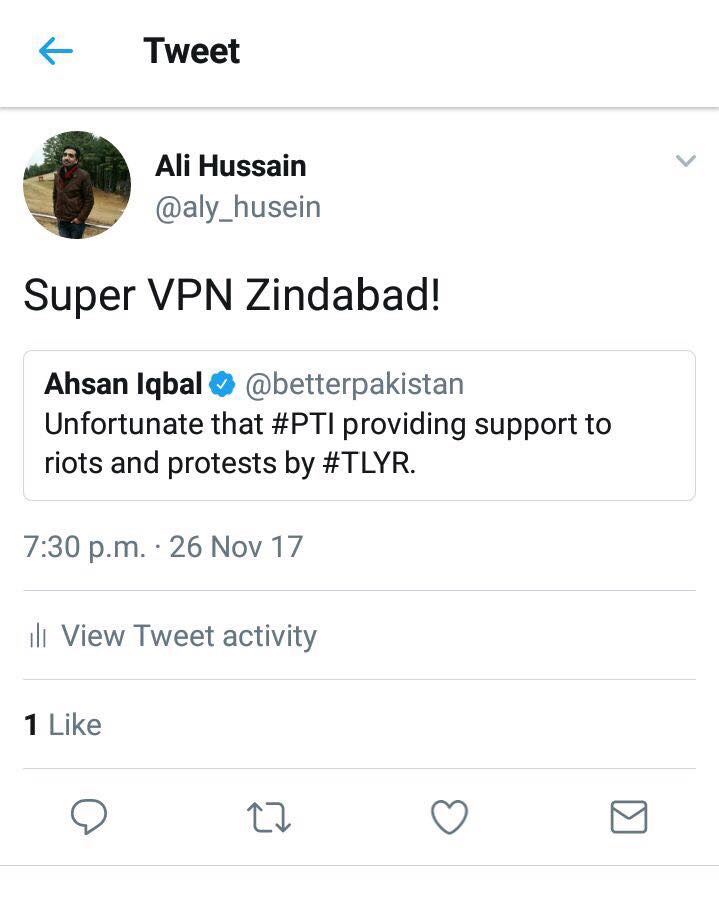 Just over a month ago, Nawaz Sharif’s kept son-in-law Captain Safdar reignited bigotry against Pakistan’s targeted minority from the floor of the parliament. His PML N party which is leading both the Federal and Punjab provincial governments made the issue worst with their deliberately bungled and malicious attempt to amend a bad piece of legislation.

The spineless PML N – which is backed by Pakistan’s elitist jejune liberals- never really intended to tackle public sentiments against the Ahmadi minority. On the contrary, the PML N gossip mill started casting similar insinuations against the army chief’s personal religious faith. They know full well that such insinuations against someone in such a position of power would only stoke the flames of intolerance.

Such tactics have not only exposed PML N’s double standards in tackling intolerance. They have also ceded political space away from civilian rule in favour of the army. Loosing political space and collaborating with the army has been a hallmark of the corrupt billionaire plutocrat Nawaz Sharif.

In the followings weeks, the PML N government did nothing to curb the messages of bigotry and intolerance by Khadim Rizvi.

This stands in stark contrast to the brutal crackdown of Dr Tahir ul Qadri’s anti Taliban PAT activists by the same PML N.

While Dr Tahir ul Qadri and Khadim Rizvi are both part of the larger Sunni (Barelvi) population of Pakistan (estimated to be 60% of the total population) it is clear why Khadim Rizvi has been allowed to spread his bigotry. He is backed by the Deobandi establishment and more importantly, he is also backed by PML N through the disgraceful Captain Safdar.

For weeks, the PML N government has done nothing to curb the illegal protests and disgraceful civic disturbance by their Khadim Rizvi. Again, a stark and obvious difference to their heavy handed approach to Tahir ul Qadri’s protests that were largely away from the main commercial arteries of Islamabad and Rawalpindi.

The PML N is working hands in glove with Khadim Rizvi and his thugs to spread chaos across Pakistan. The country is days away from the commemoration of the Holy Prophet’s Birthday.

In 2006, Deobandi terrorists of Sipah Sahaba/ASWJ-LeJ who are also the electoral allies of Nawaz Sharif’s PML N wiped out the moderate, anti-Taliban Sunni leadership in a terrorist attack. This attack took place in a massive public park where the speakers were reciting poetry set to music. Into this Sunni leadership vacuum stepped the Khadim RizviS and Hanif Qureshis whose agenda is pretty straightforward. It is provide political cover to the graft, corruption and mismanagement of PML N. The most insidious aspect is to destroy the Quietist stance of Pakistan’s Sunni majority and to drag it to the vicious sectarian bigotry of the Saudi-backed Deobandis.