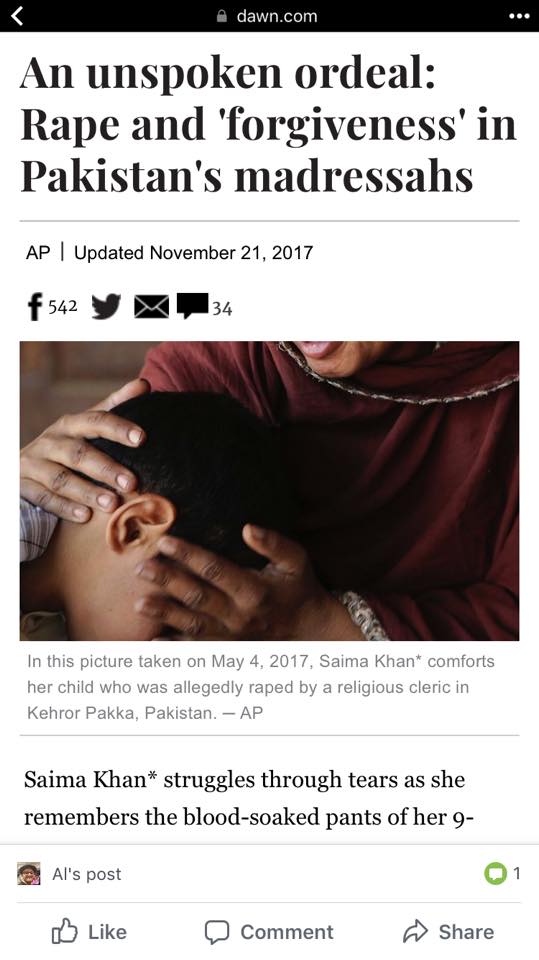 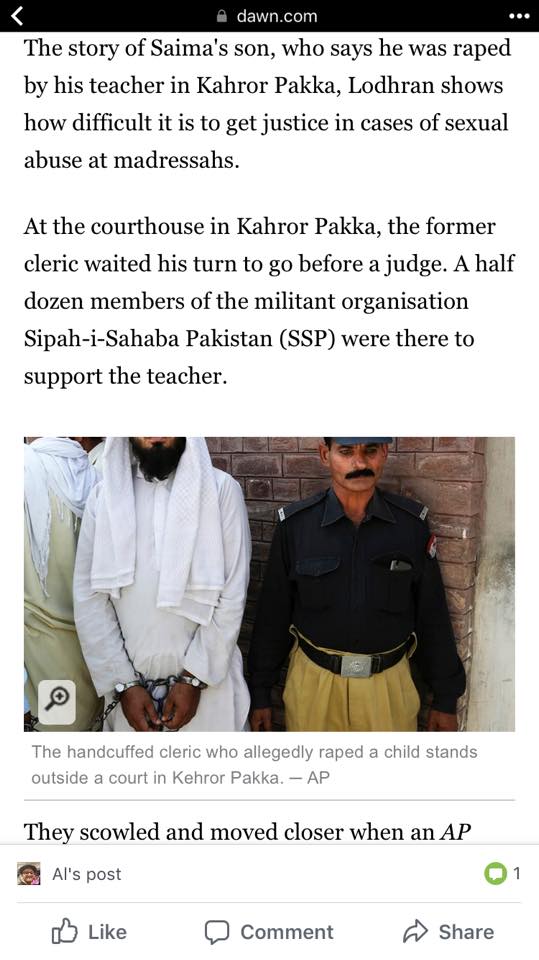 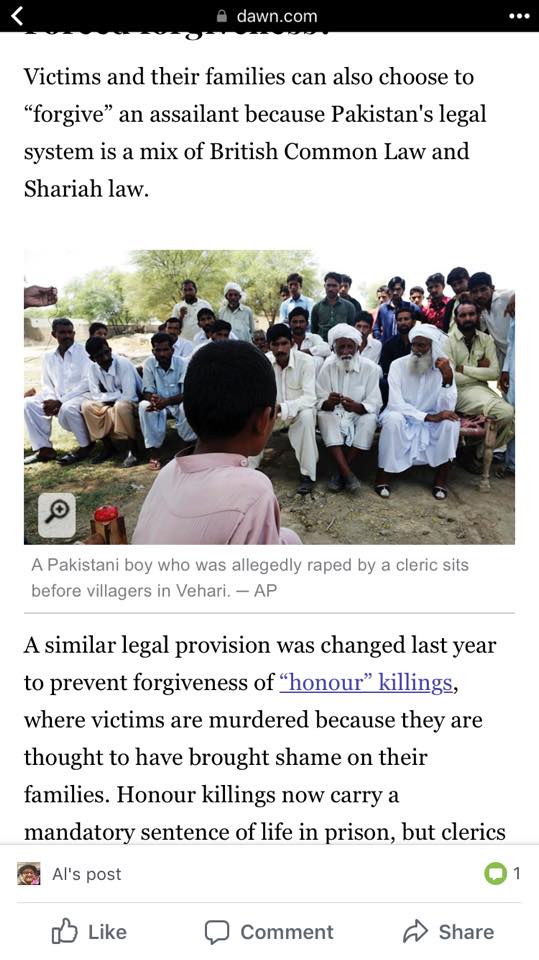 Both Madrasses and Terrorism in Pakistan are dominated by Takfiri elements from the Deobandi sect. Deobandis control over 85% of the Madrasses and are responsible for much over 90% of terrorism.

Most reports are wishy washy about these crucial details and either use confusing terminology like “Islamists” or sweeping terminology like “Sunni”. This faulty terminology is a deliberate tactic to obscure the fact that the Deobandi establishment in Pakistan is sponsored and bound to their Saudi patrons. The other lie in this article is that there is no centralised authority in these Madrasses. This is false!

Deobandi Madrasses are interconnected in both structure and leadership. The Wafaq Al Madaris al Arabiya, Darul Uloom Deoband (India), Jamia Binoria, Jamia Haqqania are some of the key connectors of this network.

The disgraced sexual Predator and Deobandi proselytiser Nauman Ali Khan (American) has studied in these Deobandi Madrasses as has the San Bernardino terrrorist, Tafsheen Malik. The British terrorists who perpetrated 7/7 were linked to Deobandi Madrasses in the UK. In the U.K., 40% of the mosques and Madrasses are controlled by Deobandis. This does not include the Salafi/Wahhabi mosques which subscribe to a similar ideology of literalism and anti-tradition.

Those Muslims/ex Muslims and Atheists (of Muslim background) who provide the narratives often leave out specific identification terms such as Deobandi. This is a deliberate practice because these “liberal” commentators themselves are either barely disguised Deobandis or they are Uncle Tom Shias who reject traditions, spirituality and the reality of their class privileges.

Clearly, there are double standards here. As sections of Sunni Barelvis resort to intolerance and bigotry, the same Muslim “liberals” who can never utter the identification term Deobandi, are gleefully attacking Sunni Barelvis in sweeping terms. This is the typical cowardly tactic about being honest against lesser dangers while staying silent or worst obfuscating against the graver threats.

If these Madrasses of rape and hate were all shit down, it would be a blessing. The reality is that such a shutdown will devastate Saudi interests in Pakistan as well as that of their proxies such as Nawaz Sharif. The shutdown will spoil the interests of the Saudis, security establishment, the US and Nawaz Sharif who rely on these hate factories for terrorists against Afghanistan, India, Syria, Yemen, Libya, Bahrain and Iraq. The rest of Pakistan will benefit.

It is this basic reality that Pakistan’s commercial liberals are afraid to voice because it will spoil their dishonest narratives built on False moral binaries.

For nearly 40 years, Pakistan’s elitest liberal sellouts have protected these Sipah Sahaba rapists because they were murdering Shias. Will they continue to protect the same Sipah Sahaba who are now protecting their child raping comrades? Let us not forget that it was #NajamSethi, the Don of Pakistan’s liberal Mafia who mainstreamed Sipah Sahaba aka ASWJ by providing them an unchallenged forum on his TV gossip show and Friday Times blog.