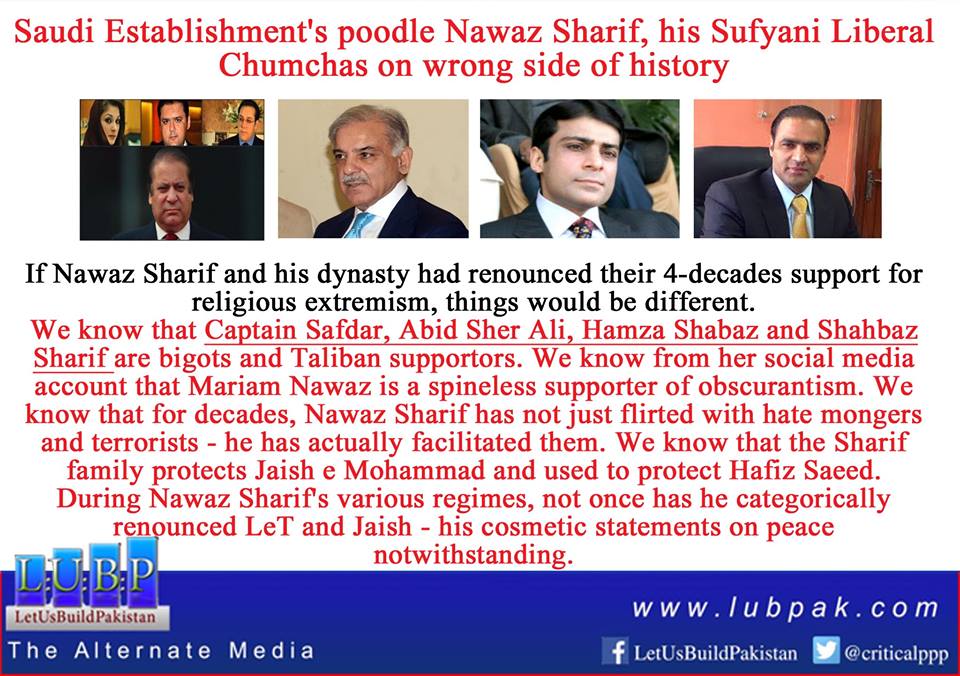 It has come to a point where the DG ISPR has issued a statement against extremism and for moderation. Meanwhile, “anti establishment” “liberal” Nawaz Sharif and Maryam Nawaz have still not issued a word of condemnation against their kept/purchased son-in-law.

This is why Pakistan’s liberals have been exposed for their hypocrisy in their dishonest framing of the current crisis. These sellouts portray Nawaz Sharif as the “anti establishment” “civilian supremacy” guy fighting against the establishment.

In reality, it is just a struggle between rival camps in the Punjab-dominated establishment.

Nawaz Sharif represents the Ethnic Chauvinist and Saudi/US camp within Pakistan’s establishment. The “liberal” sellouts who are trying to defend his corruption and protection of extremists (like his son-in-law Captain Safdar) are blinded by their sectarianism and ethnic tribalism.