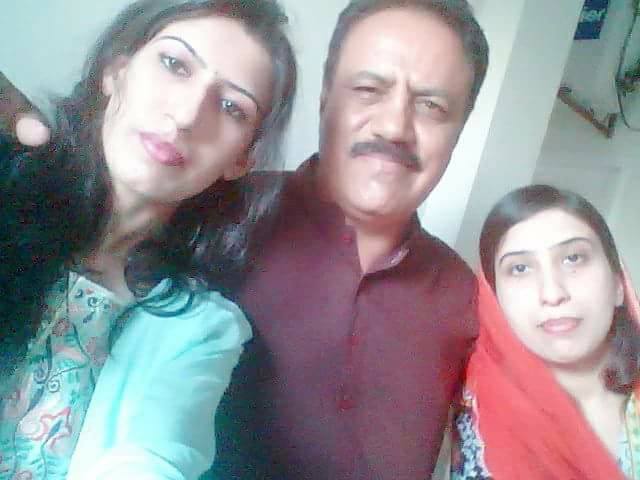 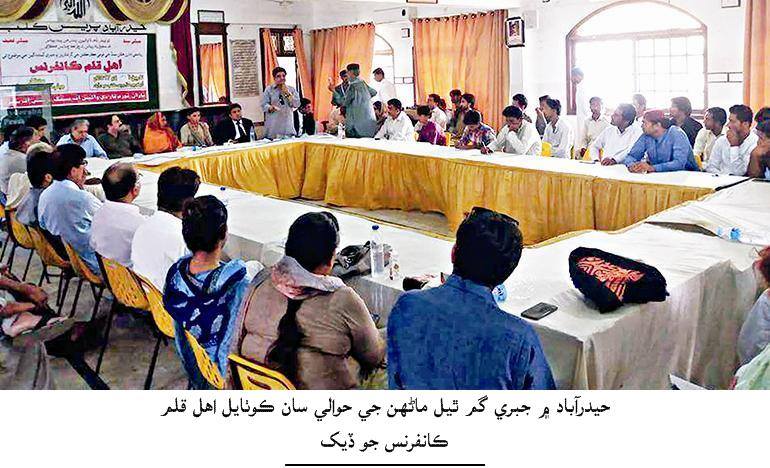 My father is innocent.He was picked up by security officials in plainclothes from outside of café Khanabadoosh Hyderabad Sindh on 3rd August,2017 in evening.He is missing now.He is heart and Sugar patient.We all family members are worried much about his safety. Reccover him’,said Marvi Sario daughter of Punhal Sario convener of ‘Voice For Missing Persons’ in a statement posted on her official account on Facebook.

Punhal Sario convener of ‘Voice for Missing Persons’ is renowned political intellectual Sindhi activist who remained member of Communist Party of Pakistan, National Awami Party-NAP ,true follower of non-violent philosophy of G.M.Syed was busy in struggle against growing events of enforced missing persons all over the country in general and particular in Sindh. He formed a forum for release of all enforced missing persons ‘ Voice for Missing Persons’.He led a long march on foot from Hyderabad Press Club to Karachi Press Club in the month of July. He was going to hold a ‘ Writers Conference’ on 4th August,2017 at Hyderabad Press Club on enforced missing persons. He had come Khanbadoosh Hyderabad a café for Sindhi writers,intellecuals,poets to consult with some writers and intellectuals on forthcoming writers conference just a day before,when he came outside after consultation from Café then allegedly some security official in plainclothes abducted and made him missing,according to his wife Sughra Sario.

I went to the police station at Qasimabad and submitted an application for registration of a FIR against abduction of my husband Punhal Sario in the presence of Mahesh Kumar,former President Hyderabad Press club, Prof.Arfanah Mallah of Sindh University and other some members from Hyderabad Civil Society but Station Police Officer did not entertain my application and refused to register a FIR’,said Sughra Sario, wife of enforced missing Punhal Sario.She told that GRO had been summited to Sindh High Court Hyderabad bench.

Writers Conference on Enforced Missing Persons in Pakistan was held at Hyderabad Press Club on 4th August ,2017.Sugra Sario ,wife of enforced missing Punhal Sario presided the conference. Conference changed into protest and at the occasion speakers including Jami Chandio, Zulfiqar Halepoto,Prof.Arafana Mallah,Mahesh Kumar,Amar Sindhu and others demanded for calling early Sindh Assembly session on abduction of Punhal Sario.They made demand for early release of all enforced missing persons including Punhal Sario. They said that such enforced missing of intellectuals and human rights activists were being made to frightening and threatening all those persons who were raising their voices against lawlessness and violation of rules and laws while making people enforced missing.

I knocked at every door of national and international concerned forums and institutions.I met Home Minister Sindh Sohail Anwer Sial but he said that he could not do any thing in this regard and his hands are tied’,said Tanvir Arejo while speaking at Writers conference.

Most cases of missing persons reported in Baluchistan then in KPK, after KPK in Sindh greater numbers of enforced missing persons are being reported. But now in Punjab we are also seeing increase in reporting of such cases. Not only Sindhi, Baluch nationalists are being made missing but Shia visitors of shrines and holy places in Iran are also being made enforced missing after their coming back at their homes’, say human rights activists.

National Assembly ,provincial assemblies never took up this issue properly and majority Parliamentarians avoids to speak on this issue is sessions.