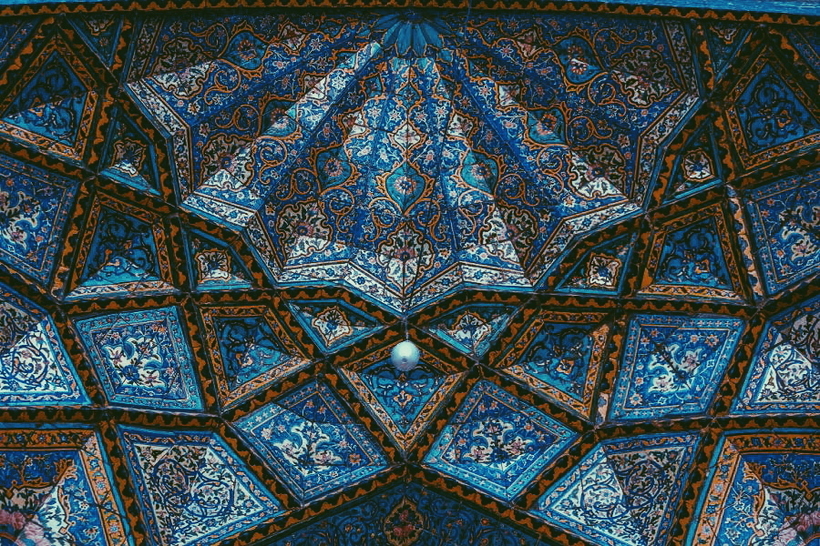 In the case of Iraq and Iraq’s brilliant victory against the plague that is Daesh (aka ISIL) I would say that courage was forged in that call Ayatollah Ali Sistani formulated in June 2014, at a time when a third of the country was under occupation by the Black Flag Army.

If not for this one stand against the radicalism of Daesh and the division its ideology carried within, it is likely Iraq would have been disappeared in the many divisions of its internal makeup. Brought to the very edge, Iraq was not only pulled back, but actually rebuild on the back of a religious edict.

As Iraq faced complete annihilation, as the faith of a people was all but spent by the brutality of an enemy whose murderous fury none could comprehend, such was its violence, hope came by way of the holy city of Najaf – a strong reminder that Iraq’s true strength lies still within and is not dependent on foreign interventionism.

Before the security collapse in Mosul conventional wisdom among experts dictated that Iraq had but two recourses before the failure of its armed forces: the United States of America and Iran.

As it were, Iraq only needed to be reminded of its sovereignty.

While few will ever deny that Iran played a crucial role in the formulation of Iraq’s resistance against the onslaught of Wahhabism, one must recognise that none but Ayatollah Sistani managed to unite what was fragmented, and above all instill a sense of patriotic duty that transcended whatever divides had been architected.

Iraq found itself anew in Ayatollah Sistani’s fatwa for he reminded all that indeed if not all people are brothers in faith, they are still equal in their humanity. It is not often that Shia Islam’s most fundamental truth is enacted with such brilliance … I would personally argue that hope was first born on the lips of Imam Ali before it could be spoken by one of its sons when needed most!

Contrary to popular belief – and as demonstrated by Ayatollah Sistani’s fatwa, Islam does not exist in rejection of communities based on their faith and/or ethnicity. Islam remains a call to humanity so that men would learn to encourage the good and forbid that which is harmful.

Islam needs not to exist in anger, violence or supremacism – such principles have been projected onto the Scriptures by those factions that have sought power through radicalism.

Ayatollah Sistani’s fatwa called for all “Citizens to defend the country, its people, the honor of its citizens, and its sacred places.” In line with a long tradition of defensive Jihad, Ayatollah Sistani’s wording never departed from the principle that Jihad can never be enacted in belligerence, only in protection.

Like all previous occasions, Sistani’s fatwa was not a sectarian call for jihad, but an invitation to unity so that Iraq as a whole could be spared the ignominy of Terror. One may recall how in 1914 Seyed Kadhim al-Yazdi too called for Iraqis to stand with the then-Ottoman army, even though the Ottoman Empire had proven violent towards Shia Muslims, so that the nation could be saved.

In both instances Iraq’s ayatollahs’ main focus was the welfare of the many over that of the few, or even their own – there lies the true power of Najaf.

For those who know their history, and recognize in Najaf both the capital city of Islam’s First Imam, and the resting place of Islam’s greatest martyr – the very soul the last prophet of God raised upon his blessed shoulders so that he, Ali ibn Abutalib would reach to the Heavens, Najaf seems indeed an evident choice.

If Kufa was Imam Ali’s political capital, it is Najaf he chose for his last resting place. A holy city of Islam Najaf has always stood an island over the tumult of worldly affairs, a shrine, and a protection against the pettiness of men. There, behind the walls of its mosques, its schools and its libraries, the greatest religious minds of our ages have flourished and shun forth a light, which time only elevated, never to dim.

In hindsight it appears evident that just as Najaf towered over the Islamic world under the leadership of Imam Ali, for his faith was true, and bore no equal; that, as hordes descended onto Iraq to swallow its people, Imam Ali’s followers would oppose a resistance, and a might only Najaf could inspire.

From his religious retreat, a quiet figure in Iraq’s broken socio-political landscape, Ayatollah Ali Sistani rose a giant – together a guide and an inspiration for those who still hold Freedom as their God given right.

The words he withheld in 2006 to the protection of Samara Holy Shrines Ayatollah Sistani dispensed Iraq unreservedly in June 2014 … Why? Because his duty lied with all, not his own. Because just leadership requires restraint in one’s actions so that Justice be preserved.

Luay Al Khatteeb quite rightly wrote in 2014: “The fatwa is not about revenge or attack but the need to defend religious freedoms, sacred places and land from those whose aim is remove peaceful Muslims’ freedoms to believe in Islam as they currently do, remove their shrines and to remove them from their lands. This aggressive ideology and behavior of ISIS are unfortunately far too common in the Arab world now and far removed from our true faith and the teachings of Islam.”

True courage is not to act in vengeance before one’s enemy but to withhold one’s hand, and one’s tongue so that the innocent may be spared.

I would say there that Najaf gave Iraq the gift of such wisdom and taught a nation to breath together beyond their differences so they could learn that divisions only ever lies in the eye of the beholder.

Iraq today is free for its sons and daughters willed it so, and because a cleric of Shia Islam reminded them that they were indeed sovereign on their land – equal in their humanity, if not brothers in faith.