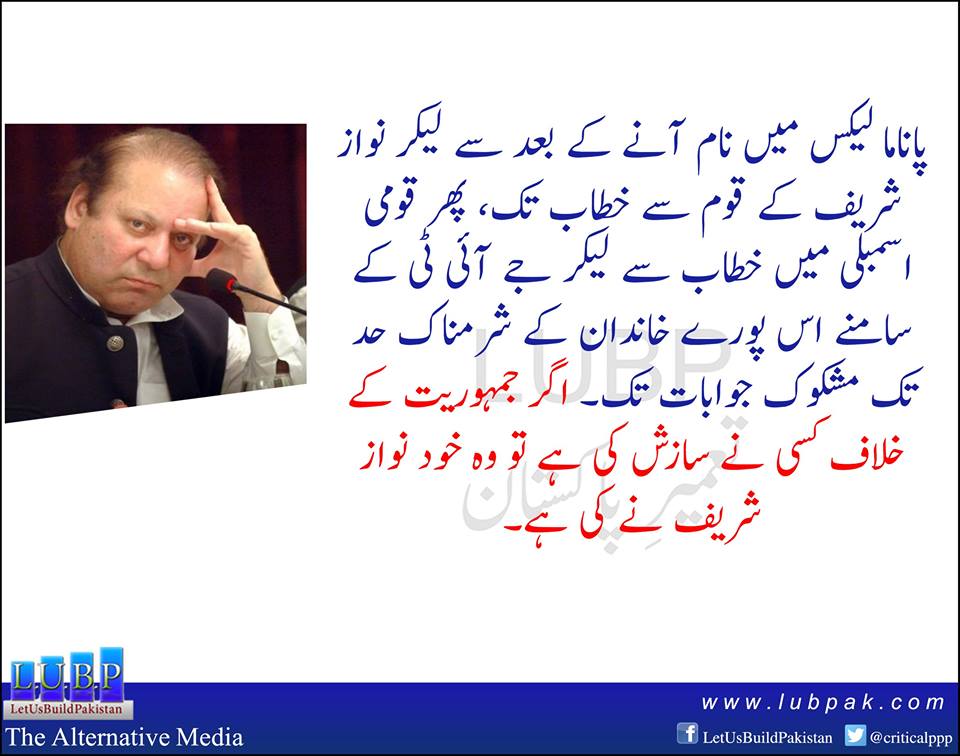 So the Nawaz Sharif dynasty, their courtiers and media lackeys (take a bow Cyril) do not challenge the veracity of the damning JIT report that exposed their corruption. They are challenging it along “technical grounds” that the JIT report “went too far” and “exceeded its brief”.

Yes, the Saudi establishment poodles who forged documents using a Font not even publicly available at the time are basing their legal defence on “technical grounds”. Oh, the irony!

And given the corrupt judges that the Sharif family have bankrolled since that notorious Liars Movement, they might even get away with it. The Sharif dynasty’s Saudi strings and ill gotten war chest could still allow them to get a deal where one or more judge rejects their own investigation report.

The Saudi establishment poodles and their lackeys want you to believe that they are the victims of a conspiracy from those who bred them. They want you to believe that holding them accountable to the LAW will “destroy Democracy in Pakistan” because the LAW did not go after the judges and generals – you know the same ones that the Sharifs have been aligned with for the last four decades!

In the late 1990s, Nawaz Sharif had sourced the dirty work to his henchman like Najam Sethi. Sethi was tasked with digging up dirt and filing malicious and politically motivated charges against the deposed Prime minister Benazir Bhutto. In the early 1990s, Nawaz Sharif used Hussain Haqqani to forge documents for smutty false charges against Benazir. Then he and his brother used to literally telephone judges to “motivate” them to abuse their power and harass his political rival Benazir Bhutto.

Today, those who support the Sharifs do so mainly on the grounds of ethnic tribalism, parochialism and because the Sharif gravy train is still quite lucrative for financial and professional reasons. Beneath the high sounding rhetoric of “democracy” and “anti establishment” are the more crass reasons for defending these thugs and they centre on material benefits and ethnic prejudice. If Nawaz Sharif had been a Sindhi (Bhutto), Pakhtun, Urdu speaker or even a South Punjabi (Gillani), he and his family would be headed to the guillotine for far less. And the same courtiers defending him like Cyril and Sethi would be the first to publicly invite and incite the army to take over. Both Cyril and Sethi actually did call for a military coup against the last democratic and elected government.