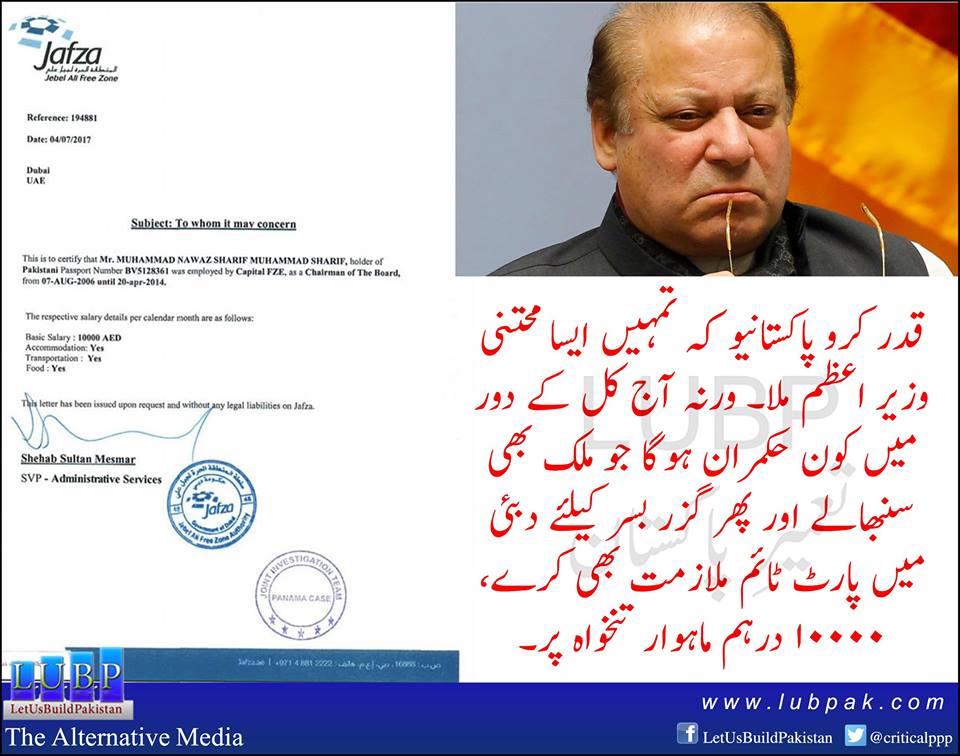 The people who want Nawaz Sharif to resign are mostly his friends. As neither his friend nor his well-wisher, I want him to dawdle long enough for his dynasty of ruse and deceit to be subjected to utmost mockery and disrepute. For once, it is a joy to see the enterprise of sleaze and baseness called Sharif Family abandoning all semblance of propriety – this time to their own detriment. Let them sink deeper into lies shielding their sickness – lies justifying the unpardonable. It is neither their first nor the gravest act of misconduct, it is just that their luck has run out.

Nawaz Sharif’s rise in politics is owed to a blend of the most abominable causes: abetting a military dictator, abject sycophancy, venal accretion of pelf, nefarious collusion with the establishment, stimulation of racial anxiety among the majority ethnic group, bribery, shameless machinations and the list goes on. Their acolytes strain to expound it in different manners, and some do so with glittering linguistic proficiency that reeks of high prose. But any explanation of their rise that ignores the sleaze that underpins their success is a lie. In a country like Pakistan, most politicians have serious flaws. But Nawaz Sharif is no politician, he is a conman, a don. The term ‘God Father’ used for him aptly describes his penchant to buy or eliminate all opposition.

And now this man and his progeny — born into corruption and raised in inequity — are inflicting damage on the country he was trusted to lead. In the past three decades Nawaz Sharif has assailed every institution in his country – judiciary, media, assemblies, the Supreme Court, presidency, police, bureaucracy, army etc. Much more than any other ruler in the history of Pakistan except, perhaps, his spiritual father Zia ul Haq. But the most wicked and vicious has been his and his clan’s assault on the truth itself, made in the full public display over the past few months.

Don’t go yet Nawaz Sharif. Hang in there and give yourself as much rope as possible, all of it will be needed in the end.