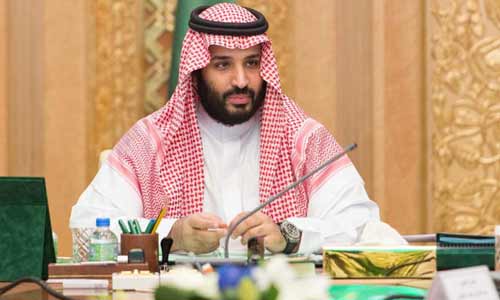 Editor’s Note: This statement perfectly captures the prevailing sentiments of the Saudi despot monarchs regarding Pakistanis. We have allowed our corrupt rulers like the Nawaz Sharif family to sellout to these Saudi despots and they continue to treat us with contempt while poisoning our youth with their hateful ideology of Wahhabism as well as funding Deobandi terrorist groups that have killed 70,000 Pakistanis. We cannot verify this news item or its source but it captures the prevailing contempt of Saudi despots towards Pakistan.

Saudi Arabia has always believed that it was the true land of Islam. While they consider other Muslim nations inferior, they also claim that they are the direct descendants of Muhammad. The prince of Saudi Muhammad Bin Salman has made a controversial statement humiliating Pakistan.

Muhammad Bin Suleiman believes that Pakisanis are the slaves of the Arabs. Suleiman is also the Defence Minister of Saudi Arabia. This statement proves that Saudi looks at every other Muslim country with the ‘converted-muslim’ country perspective. Muslims from India, Pakistan & Bangladesh are called ‘Hindu-muslims’ in Saudi.

They consider the Muslims from these 3 nations to have converted to Islam from Hinduism. The Indian, Pakistani & Bangaldesh Muslims are also called as “Al-Hindi-Muskeen” referring to them as second-grade Muslims. The differentiation in the system is an open fact. Arabi Muslims are preferred to “Hindu Muslims”, be it any job or top post.

The top posts are always reserved for the Saudi Arabians. The other Muslim nations and their citizens are considered to be inferior. Hence they are given inferior or insignificant posts in their army. Even Indian Muslims are a subject to this bias.

A Pakistani Journalist posted this letter, wherein the Saudi Defence Minister was referring to Pakistanis as slaves.

We must tell you that prior to the Suleiman kings, the Abdullah kings reigned in Saudi. But, the outlook was the same. The Abdullah Kings had said that “Indian & Pakistani Muslims grow beards to look good like us, but they look like they’ve come straight from the forest.”