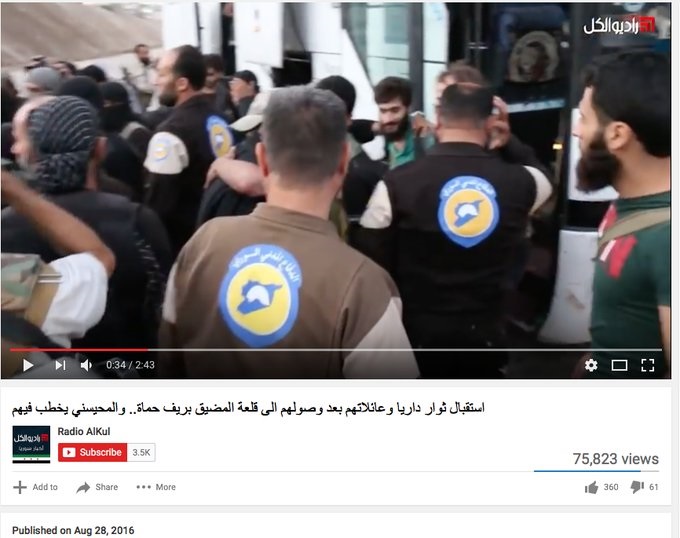 Actually, they are already there. In 2005, Pakistan suffered its worst natural calamity with a devastating earthquake claiming tens of thousands of lives in the Northern Areas.

Cuba stood out as the one country that sent scores of medical professionals with no strings attached – a gesture that was conveniently forgotten when neoliberals took the recent death of Fidel Castro to abuse and mock Cuba and its dead leader. Still, no one we know of was converted to Communism.

On the other hand, despotic Gulf theocracies, who are held in high esteem by Pakistan’s civil society and elites, pumped in billions into Deobandi and Ahle Hadith (Salafi) mosques and madrasses that was allowed to operate as “relief volunteers”. The relief came with strings attached. If one wanted a hot meal, one had to accept Shias as Infidels, Sunni (Barelvis) as Polythiests and Christians as dhimmis. If one wanted a roof over their heads, one had to accept that their kids had to switch to a madrassa and potentially be part of the next batch of suicide bombers. This “relief with strings attached” occurred during the “presidency” of military dictator, General Musharaf and continued under the elected governments of PPP and PML N.

The #WhiteHelmets in Syria, founded by a British military intelligence operator, is derived from a similar parasitic model. Rescues are staged, along with false flags and children are abused as props to drive the agenda of intervention and regime change. #WhiteHelmets operate almost exclusively in areas controlled by Al Qaeda and some members alternate between White Helmets and Al Qaeda executioners. The White Helmets were conspicuous in their absence when their Al Qaeda comrades recently massacred hundreds of Syrian Shia Muslims (including over 100 children) in the evacuation at #Foua and #Kafarya.