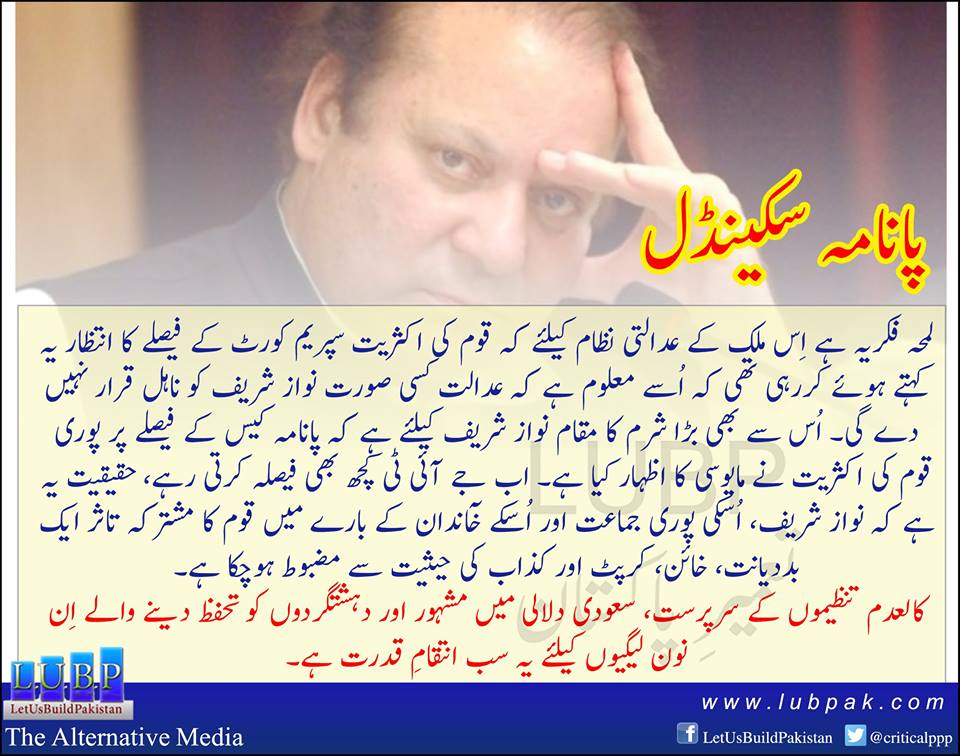 There are occasions when the establishment in Pakistan gets frayed and fractured. The current slap by ISPR to the Saudi-backed coward, PM Nawaz Sharif is a case in point. From sitting in General Zia’s lap to collaborating with General Kiyani in derailing the democratically elected PPP, government, Nawaz Sharif has remained a loyal poodle of the establishment and its Takfiri “assets” for the past 4 decades.

Some months back, an opportunist hack and PML N sycophant published a dubiously sourced story about how Nawaz Sharif and his brother are serious about taking on their support base of ISIS-affiliated Deobandi Salafi terrorists. Not only did Nawaz Sharif deny his own sycophant multiple times after this story was published; he has now thrown him and other PML N staffers and cabinet members under the bus.

Tariq Fatimi was removed by NS from his post through a notification issued today from PM office. Hours after the Prime Minister’s Office issued the directives, however, Inter-Services Public Relations said the Army had rejected the report, calling it ‘incomplete’.

“Notification on Dawn Leak is incomplete and not in line with recommendations by the Inquiry Board. Notification is rejected.”

In standing up to the establishment, Former Prime Minister Yousuf Raza Gillani did the opposite and stood by Hussain Haqqani in the aftermath of the #Memogate Crisis.

In that instance, it was opportunists with dubious (PML N and JI) pasts like Haqqani who threw his leader under the bus while enjoying the comforts of the safety awarded to him by the US. YRG had to pay heavily for his stance. Nawaz Sharif, on the other hand, will figure out another compromise that will cost Pakistan.

Nawaz Sharif is great at making deals. When the military dictator General Musharaf deposed him, Nawaz Sharif cut a deal with him and ran off to Saudi Arabia for nearly a decade. Even after purchasing the loyalty of much of the judiciary, Nawaz refused to initiate prosecution proceedings against Musharaf for his 1999 coup. He will figure out something this time as well.