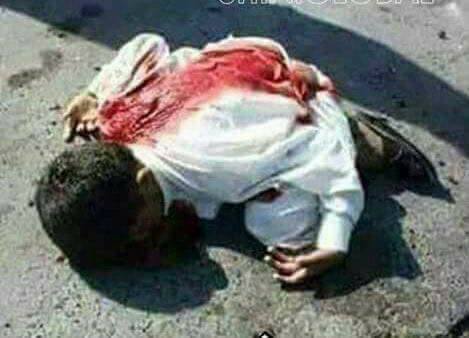 On 31th March,2017, another bomb blast claimed the lives of innocent Shias. This time it was at the Parachinar Imambarghah, targeting the women’s entrance.

Where was the outcry from the so-called enlightened liberals of Pakistan? Checking the social media accounts of Najam Sethi and co, you would be forgiven for thinking nothing had happened. These accounts either remained silent or, when something was said, it was ambiguous and obfuscatory to the point of meaninglessness.

An admin and founder of a self-proclaimed liberal website a shared post on his FB wall which referred to the blast but ignored the sectarian dimension. There were no posts against the #ShiaGenocide.

A person who recently faced threats of torture from pro-extremist lobby in Pakistani state posted dozens of times about the court case filed by the on of Abdurasheed Ghazi of Red Mosque but not a single tweet or status to show his solidarity with Shiite community.

Veteran human rights activist Asma Jahanghir kept silent and we saw not a single tweet from her side. Her facbook wall is also silent.

We can contrast this with the case of Molvi Abdul Waheed (AKA Ayyaz Nizami) whom they defended after he was attacked for being an atheist. These same liberal activists were quick to intervene in that case, but they could not show that same quickness for the Shia victims of Prachinar. This is part of a pattern. Even when there is condemnation, such as towards the killers of a cousin of the late Dr Abdul Salam who was murdered for being Ahmadi, they refuse to place the blame where it belongs, with takfiri Deobandi groups

Yet these same liberal activists can bee seen sharing fake videos of invented sectarian atrocities in Syria and Iraq. They claim attacks like Parachinar are revenge for these atrocities – ignoring the fact that the Syrian conflict started in 2012 and such bombings have been going on for 30 years.

The ‘liberals’ of Pakistan are happy to condone terrorism abroad and overlook it at home. By swallowing whole and regurgitating false binaries like Shia vs Sunni and Military establishment vs Civil Society they have become part of the conspiracy of silence around the roots and the targets of Deobandi militancy.