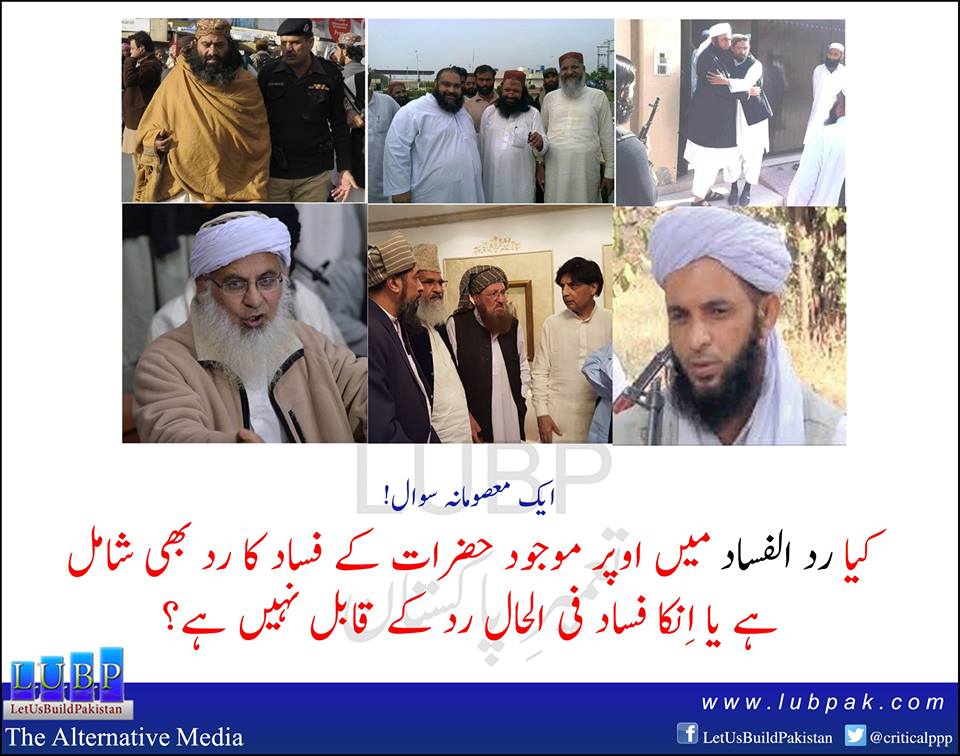 Editor’s Note: Instead of peddling stale narratives, the Pakistani State needs to step up and tackle Deobandi militancy and the powerful nexus of mosques and madrases that are supplying the foot soldiers to various inter-connected terrorist groups.

The current PML N government has not only failed in its duty to protect Pakistani citizens, its Federal Interior Minister is actively supporting the leadership of terrorism and hate. For too long, the government and the State simply provided lip service and transferred their responsibility to the citizens who are suffering from daily terrorist attacks all over the country.

The forwarded comment makes an interesting point and highlights the dubious arguments that the Pakistani State uses to avoid taking on the very terrorists who are brazenly taking credit for their daily attacks.

“Pakistan would do a lot better if it scrapped away two words from its vocabulary: Shaheed and Resilient. These words are thrown at every instance of the state’s failure to protect citizens and then to glorify the random slaughtering of citizens and to assuage the hurt egos of those yet waiting for there turn, Shaheed and Resilient are presented by state and its media as lollipops.

No one thought that going to court for signing an affidavit or fighting a cases they in-fact were going to a battlefront and were willing to offer their lives for survival of the country. And don’t label us and yourself as resilient. Resilience has one redeeming quality: bouncing back and fighting back despite all odds. Call us desensitized to violence, call us chronic patients of amnesia, call us fatalists. We are anything but resilient. Going with the ordinary lives after a tragedy and acting, behaving and believing like nothing has happened is not what resilient people do. Resilient people bounce back, they ask questions, they protest, they make the authorities accountable. You know who are resilient? That handful of people who are at press club protesting after every attack, who are there to hold vigils. But oh! please mock them at their small numbers and wait for your turn to be Shaheed and your friends to be resilient.