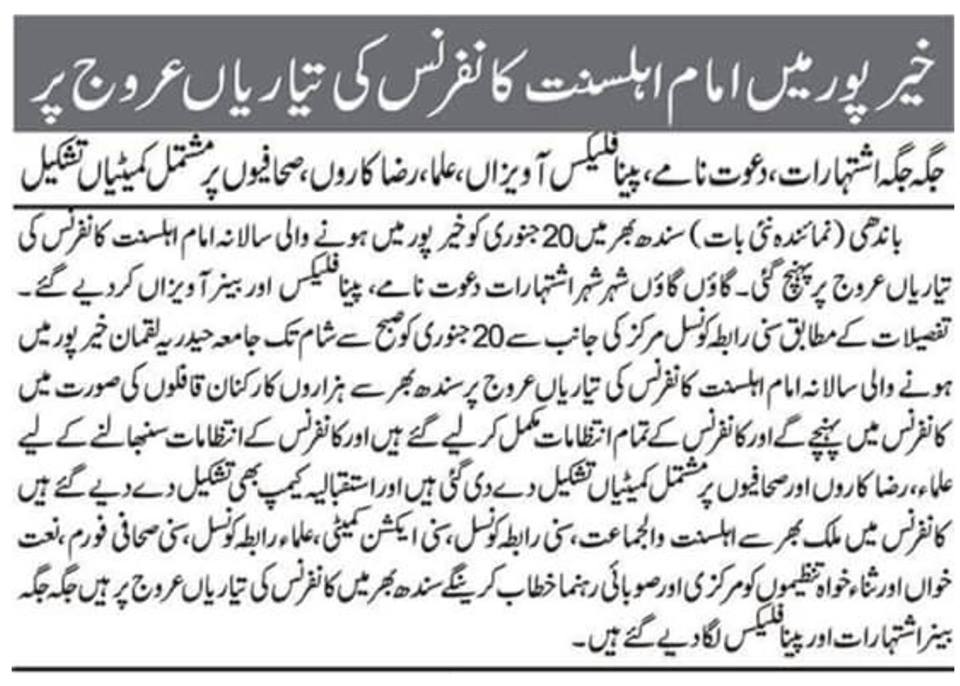 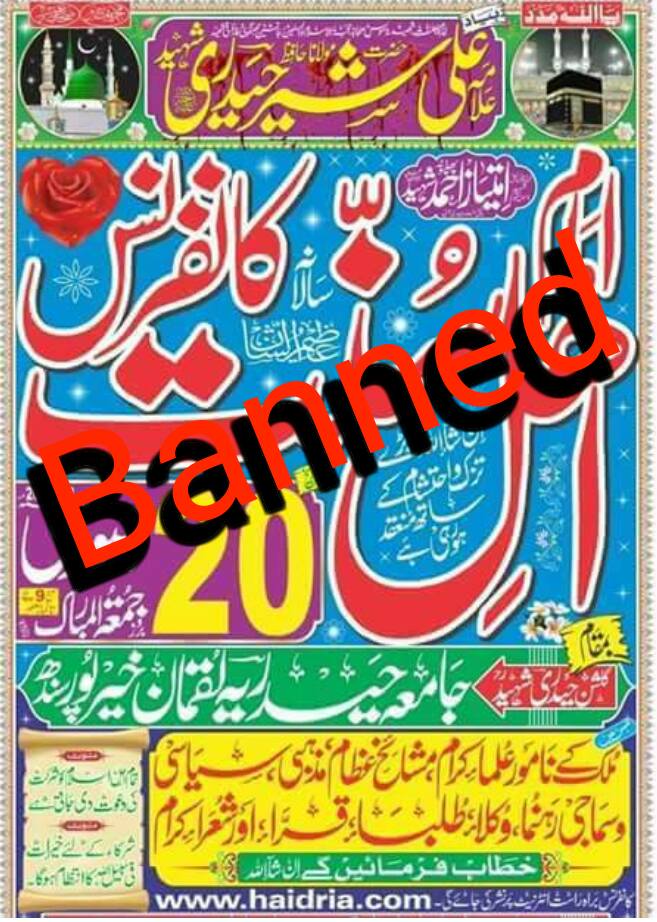 I have played my part , now its your turn to put some effort to stop the illegal gathering of banned outfit #ASWJ tomorrow in Khairpur , Sindh . Don’t forget , this ASWJ is banned by NACTA published list and as per National Action Plan is NOT allowed to hold any public gathering . Also don’t forget the leaders attending the conference (Ludhyanvi , Farooqi et all) are on schedule IV and nominated in saveral murder FIRs including Khurram Zaki’s . This terrorist outfit is responsible for more than 80,000 pakistanis including shia , sunni , ahmadi , hindus and christians .

I have spoken with the DC Khairpur Saleem Rajput who said he isn’t informed about Aurangzeb Farooqi’s attendance . In principle it doesn’t matter if Farooqi appears or not ; what matters is that we , the people of Pakistan , will not tolerate anyone making fun of the state , the constitution and the law . If the state has declared ASWJ banned , why is it still allowed to hold the jalsa ? Why its leaders are allowed to roam freely ? Why is it allowed to promote its events ?

So raise your voice for Jinnah’s Pakistan .

Raise your voice by calling the following numbers: