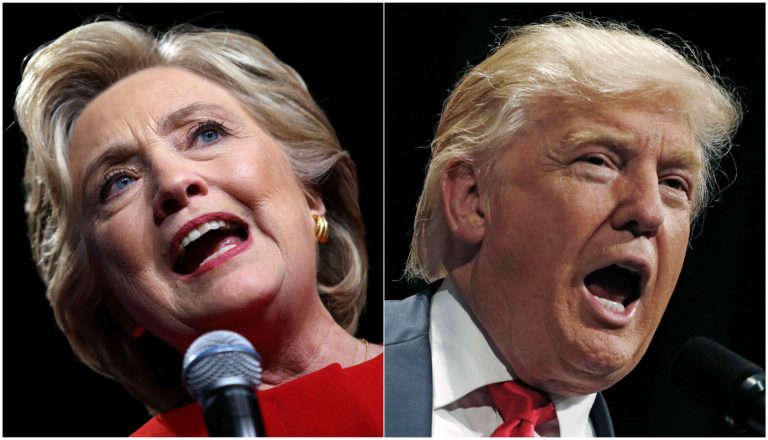 At the dawn of this century the Western world faces new challenges. Western dominated political and economic world order appears to be failing. There are questions about the finality of Western political thought, discourses and the Western way of life. These are big but dangerous questions and need to be addressed wisely. Global citizens wouldn’t want the repeat of the catastrophes that had happened in past centuries due to religious, racial and ideological differences.

Many of the challenges the world faces today could be linked to Western policies and unnecessary military and political interventions in other states and cultures in the name of security, democratization and nation building. From one stand point it doesn’t look different from the “old good days” when “barbarians” had to be “civilized”. But military occupation and colonization don’t work in the era of globalization and multiculturalism. Social, political and economic dynamics have changed. Now non-Western cultures and people wouldn’t accept dictation and even sympathetic patronizing by the West therefore “us VS them” type of mindset and strategies are counterproductive.

Until the 20th Century Europeans fought among themselves for the control and exploitation of non-Western colonies. Even after the formal decolonization, Western countries tried to apply new ways of control. The United States took the leadership role in policing the world through financial institutions, international organizations and military means. Following the peaceful split of the Soviet Union, the U.S and its Western allies started direct military interventions in weak states for the control of natural resources and for protecting Western Geo-strategic interests.

In a globalized world interventionists and racist policies have directly hit Western societies in form of massive immigration waves, internal unrest and security threats. Increasing social and economic inequalities and insecurities, economic slowdown and aging populations together with changed social and cultural structures are some of the factors, which have caused waves of discontent and political polarization in many Western countries.

Feelings of guilt at the one hand and racial, intellectual and political superiority on the other are driving Western societies’ response to the new challenges–but in different directions.

In some ways, the political environment in the West is identical to the first and the second decades of the 20th Century when the war of ideas and ideologies had given birth to new political & economic systems but had also caused the two world wars.

Political polarization was at its peak during the latest U.S Presidential elections surrounding issues such as economy, immigration and religion. On the European continent this phenomenon is more visible because Europe is facing the direct consequences of the military interventions in Afghanistan, Iraq, Libya, Syria and other places. Europe is also home to large Muslim populations. Unlike the first generations of immigrants, the second and third generations of European Muslims are not timid or submissive. Following the Western led military interventions in Africa and the Middle East millions of refugees have also arrived in Europe. The fusion of different cultures and social and economic pressures are creating new debates and disputes in the West.

Right-wing parties and pressure groups in Europe are fanning fears. They are instrumental in creating a perception that refugees are negatively affecting the social and cultural fiber of Europe and thus are a threat to European values and the Western way of life.

In Germany for example, a new right-wing, anti-refugee, anti-immigration party, Alternative für Deutschland or Alternative for Germany (AFD) has gained ground, especially in areas which were part of the former East Germany. Far-right party, the National Democratic Party of Germany (NPD), is older than the AFD but it is not popular among the general public because of its hard-line policies and agenda. The AFD, on the other hand, is attracting support mainly because of its stand on immigration and issues related to Muslims and Islam.

The German Government and many media organizations support refugees. A lot of journalists, commentators and politicians consciously avoid criticism of the refugees. Left-wing politicians and media brand those fascists, who slightly criticize refugees. Refugees’ critics are also called racists and Nazis.

The right not to be offended is a new phenomenon in Europe. It means one should not say or do something they might offend someone, particularly the minorities and Muslims in special. Such hard-line position has created reaction in the German society because ordinary people are affected by the German Government’s immigration policy and decisions.

The government of Chancellor Angela Merkel has allowed more than one million refugees mostly from Syria into Germany under her open-door policy. She argued that allowing refugees into Germany would make Germany safer from future terrorist attacks and the refugees would also help the German economy. Not many in Germany agree with her.

There is visible backlash against the government’s refugee policy. One of the reasons of this anger is refugees’ housing. The government has sent refugees mainly young Syrian men in their 20s and 30s to different parts of the country. Many are in Eastern regions of Germany where they are kept in the middle of small villages. Local populations are not used to such guests. As compare to former West Germany, the regions which were part of the Communist East Germany are still economically backward. Unemployment rate is higher and the people tend to be conservative. Perhaps that is why these people are upset by the presence of large numbers of unexpected and uninvited guests who are culturally very different. Most of the refugees don’t speak the German language.

Local peoples’ fears and concerns regarding refugees should have been given sympathetic consideration but instead those who complain are labeled as fascists. This attitude has created space for right-wing political parties. In former East European countries people are more religious. Right-wing political parties are using religious and cultural differences between local Christian populations and the newly arrived Muslim refugees for fear mongering and for creating divisions and hatred.

Right-wing politicians and parties use arguments such as Muslims are taking over Europe; they are a burden on our economy. Young Muslim males are harassing our women and are thus a threat to our values (Christian values).

On the other side of the political spectrum, some left-wing liberals argue that the presence of hajab and burqa wearing women is against the Western concepts of freedom, equality and European values. They believe Muslims should assimilate and integrate into Western societies. Even sympathetic liberals have patronizing attitude towards Muslims.

Some European liberals are opposed to special treatment given to Muslims and say that no one should be above criticism, however, many European liberals don’t apply the same principle when it comes to asking legitimate questions about the Holocaust or the Israeli atrocities against the Palestinian people and Israeli occupation of Palestinian lands and so on.

Islam and Muslims are hottest topics of political debates across Europe. However, a majority of Western commentators have limited understanding of Muslim societies or other cultures. Commentators wearing Western glasses ignore key factors and underlying causes of the ongoing crisis.

Right-wing politician and some liberals, too, accuse Muslims of identity politics but they themselves use identity politics to isolate refugees and Muslims. The root cause of the current unrest in Europe and also in the other parts of the world is Western military interventions in the Middle East, Africa and Afghanistan. Blaming the victim is easy but it doesn’t solve a problem.

The “Muslim problem” is not the only issue in today’s Europe. Nato, for example, attacked and divided Yugoslavia in the late 1990s. Reaction to the Balkanization has taken different forms in Europe. Former East European states are not happy by the EU that is dominated by large Western democracies and economies.

If all of the above was not enough the U.S has forced the EU to enter into a new economic and propaganda war against Russia. Attacking and blaming the Russian leader Vladimir Putin is a common line, theme in the European political and media narratives. President Putin is depicted as a new demon who wants to occupy/dominate Europe. Putin is accused of curbing freedoms and intimidating his own people and neighbors. He has been accused of using energy politics to hurt European economies.

However, the European press and politicians often forget to inform their public that President Putin is the elected leader of Russia. He still enjoys respect in his country. Since 2000, Putin’s approval ratings among the Russian public are consistently higher than any other European leader.

Social and political unrest fueled by economic uncertainty has caused tensions in Europe but despite a bit of negativity in the air, Europe once again has become a place where new and mind-blowing debates on conflicting political, ideological and cultural issues are taking place. Impact of globalization, digitalization, automation and multiculturalism are central themes of these debates.

Many feel disgusted but it is a fact that the place of religion has once again under discussion. There are question marks about the future of nation state and the significance of national identities. These are very sensitive and explosive issues especially at a time when Europe is no longer home to homogeneous political thought where everyone agrees on a certain set of political, cultural and social values.