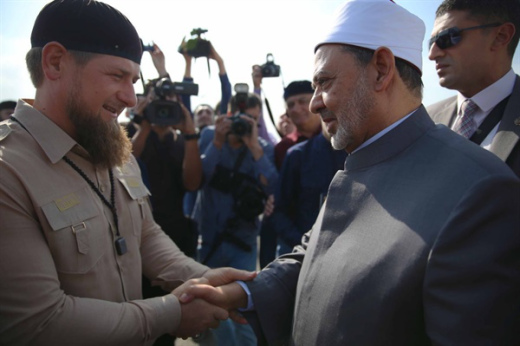 Saudis and Qataris Salafi Wahhabi Are not Spokesmen For Sunni Islam

Deobandi Clergy, Clerics from Nidwa and from Jammat-i-Islami always deceive Sunni Muslims about reality of Saudi and Qatari brand (so called) Islam. They depict it Sunni Islam. They give legitimacy all those ideas which were presented by Ibn-i-Taymiyya and Muhammad bin Abdul Wahhab while calling them great Sunni scholars and reformers. They wrongly link their Takfiri ideas to mainstream Sunni Islam.

Deobandi clergy and their organizations in fact are strategic partners of Saudi and Qatari Salafi clergy. They promote Wahhabi ideology in the name of Sunni Hanafi Islam. We can see Deobandi Clergy, Nindwa clerics and leaders of Jamaat-i-Islami always on side of Saudis and Qataris in every regional conflict in Middle East and they radicalize Deobandi and Jammati youth and make them foot soldiers for Saudi and Qatari ruling class.

Their role as strategic partner of Saudis and in distorting face of Sunni Islam is hidden and Sunni world like Al-Azhar or Sunni leaders from central Asia and North Africa do not know their original face and role. Surprisingly when Sunni world organized a conference in Grozny capital of Chechnya of Russian federation Deobandi clerics from India, Bangladesh and Pakistan were invited there.

From Pakistan Deobandi cleric Tahir Ashrafi was leader of the Deobandi delegation in that conference despite his nonstop campaign for Saudi agenda and support of Saudi Invasion on Yemen. Pakistan based Deobandi clergy invited Saudi ministers and clergy when Saudi Arab started war against Yemen and formed military alliance against Houthi Yemen tribes and forces of Ali Abdullah Saleh former President of Yemen. Saudi Day was commemorated by Deobandi Clergy in Pakistan. Wafaq-ul-Madaris organized big public meetings in which Saudi official clerics and Ministers for chief guests.

Pakistan based Deobandi clergy proved their partnership with Saudi rulers and religious establishment on every global and regional conflict arose either in Middle East or in North Africa. Deobandi Clergy supported stance of Saudi Arabia on Syria despite massive Sufi Sunni killings and destructions of Sufi Sunni shrines and mosques by Saudi backed Salafi Takfiri and Jihadist groups like Al-Nusra front.

Deobandi clergy always has criminal silence on Saudi backed and funded campaign against Sufi Sunni Islam. They provided every time refuges to all those Takfiri organizations and leadership which are involved in killing Sufi Sunni ,Shiite, Christians and other religious communities, attacks on Shrines,mosques,Imambargah,churches,temples and on processions of Milad and Ashura. Enemies of pluralism, diversity always get the support from Deobandi clergy. Fake Ahle-Sunnat Waljammat-ASWJ aka Spiah Sahaba Pakistan-SSP is best example to know about crimes of  Pakistan based Deobandi clergy in Pakistan.

Hundreds of Sufi Sunni mosques were captured by Deobandis with help of Deobandi Militants and support of state elements. According to some social scientists proportion of Sufi Sunnis in Muslim Population has been decreased from 80% to 60-50 and proportion of Deobandi Population have been increased from 10% to 30-35%. This is alarming situation. Punjab, Sindh, Baluchistan are more affected.

ASWJ, Khatam-Nawbat International and Deobandi Jihadist organizations have strong roots in Deobandi mainstream Deobandi religious seminaries. Wafaqul Madaris an umbrella organization of Deobandi Seminaries could not run without those Deobandi clerics who are promoters of Takfirism , Jihadism and militancy in Pakistan. Saudi intervention and funding destroyed moderate aspects of Deobandi Islam and strategic partnership with Saudi ruling class proved fatal for Deobandi Islam, Although this partnership helped many Deobandi clerics and leadership in changing their social class and now we can see many Deobandi political and religious leaders as billionaires and millionaires in Pakistan.

Saudi Arabia not only changed tendency of Deobandi religious seminaries but environment of modern universities of Pakistan also. Deobandi , Jammat Islami and Salafi powerful lobbies in universities radicalized many students and faculty members. Social scientists say that Saudization of Pakistani society is being done due to strategic partnership of Deobandi Clergy, networks of Jammat Islami, Jamat—ud-dawa, with Saudi religious establishment.

Saudis and Qataris  not only made a strategic with Deobandi, Salafi clergy and Jammat-i-Islami but they created their Rafique Hariri here in Pakistan. Mian Nawaz Sharif is Rafique Hariri of Saudi Arabia and Qatar in Pakistan.  Ruling elites of both countries have invested huge capital on Sharif Family.

But not only on Sharif Family but there are many other powerful political elite families who got petro- dollars from Saudi and Qatari Royal families and now that families are protecting interests of Saudi and Qatari Royal families in Pakistan. Rafique Hariri of Pakistan Nawaz Sharif is playing very important and crucial role in marginalizing mainstream Sunni Islam while making friendly environment for promotion of radical, militant and Takfiri Deobandi and Salafi Islam.

On issue of Mumtaz Qadri and Asia Bibi we are seeing fundamentalist and Takfiri extremism in some circles of Barelvi clergy. Deobandi clergy is exerting on Barelvi clergy to adopt more strict and Takfiri line against Shiite community in Pakistan althought still they could not get success in this regard.

Tehreek Minhaj-ul-Quran, Dawat-i-Islami and Sunni Itehad Council although deflected Deobandi’s move and they did not play on ground of Deobandis but some small groups like a faction of Sufi Sunnis organization Jamaat-i-Ahlesunnat Pakistan, JUP made an alliance with Pakistan Muslim League Nawaz. Sahibzada Abul-Khair and Awais Noorani son of Shah Ahmad Noorani unfortunately joined Pakistan Defense Council made by JuD and ASWJ which is protecting interests of Saudi Arabia in Pakistan. This is nonsense move and act made by these two Sufi Sunni leaders and totally against interests of Sufi Sunnis of Pakistan.

In my thought Sufi Sunnis clergy of Pakistan should link itself with center of Al-Azhar of Egypt as Sufi Sunni clergy of India and Bangladesh did. All India Ulema and Mashaiekh Board-AIUMB organized international Sufi Conference in Dehli and they called Vice Chancellor of Al-Azhar University Prof.Ahmad El-Tayib as Chief Guest ,same act was repeated by Sufi Sunni clergy of Chechnya of Russia in August 2016 and Ahlesunnat Waljammat Bangladesh mainstram Sufi Sunni organization headed by Mufti Bangladesh Jalal-Ud-Din Umari invited Vice Chancellor of Azhar University Ahmad el-Tayib in their representative conference.

Newly elected office holders of Jammat-i-Ahlesunnat Pakistan should organized such International Sufi Sunni conference in Pakistan and invite Sunni clerics from all over the world including Ahmad El-Tayib of Al-Azhar University and they should give same message to the world given by Sunni clergy in Grozny.