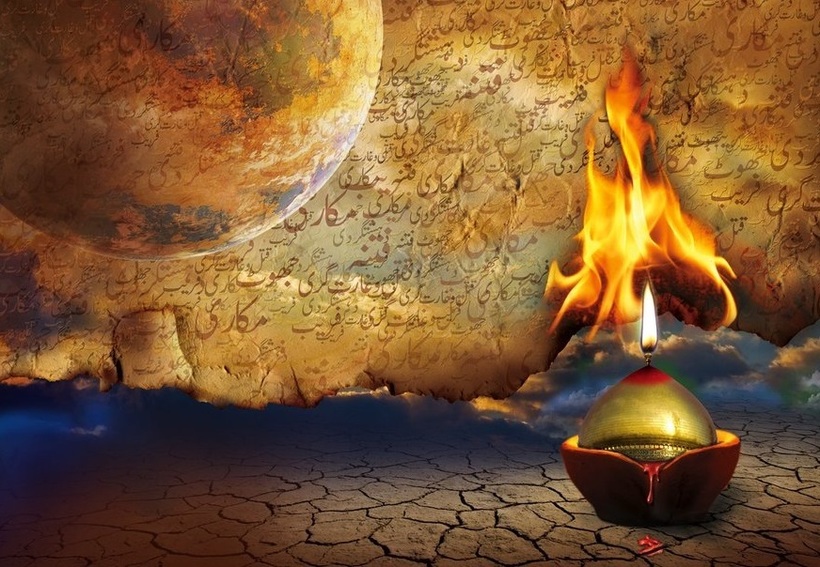 In less than a week millions of pilgrims will come together to commemorate the passing of their Imam: Hussain ibn Ali – Islam’s greatest martyr and beloved grandson of the Prophet Muhammad.

In less than a week the world will see play out the greatest pilgrimage of all time; and yet it is likely you never even heard of Arbaeen. Arbaeen is the 40-day mourning period following Ashura, the religious ritual for the commemoration of the Prophet Mohammad’s grandson’s death in 680 AD.

It is likely mainstream media will largely ignore Arbaeen for the event speaks too loudly of Islam’s rejection of this radicalism Western capitals have been keen to associate with the faith.

In truth, Arbaeen is more than just a pilgrimage. Arbaeen marks more than just the end of Imam Hussain’s mourning period. Arbaeen stands the embodiment of Islam’s tenets, the enactment of Islam’s message: social justice, freedom, compassion, tolerance, accountability … It is because Arbaeen testifies of humanity that so many continue to take the journey.

With Islam’s holy cities sitting still under Terror’s occupation, Karbala has risen a brilliant symbol of resistance against the evil of the Black Flag of Army, against the pestilence of Wahhabism, against the poison of fascism.

And so from all four corners of the Globe, from all walks of life, nations and faiths, men and women will rally under Hussain’s banner and remember … all will remember Hussain’s station as he towered a giant over brutal tyranny and falsehood, and aspire once more to resurrect his movement.

All will remember how the House of the Prophet stood abandoned against a heretic multitude so that man would learn dignity in the face of ignominy, and remember that true courage lies in speaking truth before absolute darkness.

The very soil which saw bled the greatest martyr of all time has now become a safe-haven against radicalism. There, pilgrims are given sanctuary, regardless of their origins, whatever the shade of their skin. Every year Karbala opens its gates and its heart to a flood of pilgrims, dispensing food, water, shelter, support and a comforting hand so that all would feel the Imam’s protection … aches will be soothed, pains will be massaged, prayers will be offered, so that pilgrims will remember the love of Hussain.

Karbala’s generosity it needs to be said is unparalleled.

Today History has come full circle. Today, Hussain’s army is once more surrounded, and it is fighting its back against the wall so that all could breathe free at last. Once more Islam has opened its arms to all creeds and manners of speech, for in humanity there should be no division.

Such is Islam’s message, the same message which was spoken to all prophets since the beginning of time, before man came to slap labels, so communities could be reinvented in division.

And yet it is apostasy many will choose to see.

It is slander many will still spread so that Hussain’s movement could be once more silenced. At such a time when Terror has gripped all people, threatening to drown all communities for their freedoms do not align with the despotism of Wahhabism, too few will look upon Arbaeen pilgrimage and recognise the power which lies in such a brilliant symbol of interfaith tolerance.

Arbaeen sits beyond Islam by the make-up if its processions. Arbaeen speaks to those who hold justice and freedom for themselves and others. Arbaeen speaks as much of Imam Hussain as it does of humanity, since it is to free humanity that Hussain opposed Yazid, and in the plain of Karbala fell betrayed.

Arbaeen lives in the spirit of all those who yearn for justice and liberation. Islam lives where communities strive to protect one another and respect each other for the rights they demand for themselves. Arbaeen lives in remembrance; it testifies to the History Wahhabism has worked so violently to disappear … like the cemetery of al-Baqee in Medina, Karbala was too raided and looted, so its rituals would be forgotten.

More than ever Islam is exemplified in the pilgrimage of Arbaeen

Arbaeen much of the Islamic world has been told, stands Shia Islam’s most sacred tradition – an affirmation of its people’s theological deviance; proof, Saudi Arabia’s clergy has claimed, that righteousness lives not on the lips of the followers of Ali ibn AbuTalib, the First Imam of Islam but on that of its kings’.

It is love Karbala speaks of … it is devotion and allegiance Karbala’s mourning houses echo of, it is Light Karbala offers all who chose to sit under its protection. There, in the shadow of Imam Hussain’s shrine it is brotherhood pilgrims have come to consecrate.

In less than a week time will stand still and only for a time humanity will breath in unison … only for a fleeting instant chests will rise together and speak faithful allegiance. In that moment, when tears become prayers, and devotion becomes palpable, Islam becomes manifest.

“Hussain is from me, and I am from Hussain.” Prophet Muhammad

And so every year, for as long as their strength will allow pilgrims will answer their Imam’s call – no matter the tribulations, regardless of the grave many threats radicals may have spoken against them, pilgrims will brave hail and high water to stand where their forefathers should have stood, and behind Hussain ibn Ali sit an immovable allegiance.

To know Imam Hussain is to know Islam.

To know Hussain ibn Ali is to stand in opposition to any, and all forms of absolutism, whether political or religious. To be a Shia of Hussain is to recognise no authority but God’s authority and forever seek Justice for the oppressed.

If Shia Islam speaks most loudly today of its Imams, it remains an invitation and a haven for those who seek peace, and protection from tyranny. In less than a week it is Islam’s most sacred principles which will be enacted in Karbala; and Hussain’s name millions will cry out.

In less than a week, humanity will meet under Hussain’s banner and from pilgrims’ lips a prayer will rise most high – a grand defiance in the face of Terror and its armies.