Faisal Raza Abidi’s arrest on the orders of ISIS terrorist Aurangzeb Farooqi a seminal event in the history of Shia Genocide
Hours ago, prominent senator Faisal Raza Abidi was arrested in Karachi for simply carrying licensed weapons for protection. Without a shred of evidence, LEAs and a pro Taliban media have already resumed their character assassination of Senator Abidi on the baseless allegations of his alleged involvement in the murder of two Tableeghi Jamaat activists and three terrorists from banned ISIS affiliate ASWJ.

Reports have already emerged that the murder of five Deobandi activists and militants is linked to the growing rift between ASWJ – Farooqi group vs ASWJ Ludhyanvi group. In order to ease pressure on himself, Ludhyanvi had collaborated with the security agencies last year to eliminate Malik Ishaq, his chief rival for Saudi largesse. This event widened a growing rift between Aurangzeb Farooqi and Ludhyanvi. Fratricidal violence is not new to violent ISIS affiliates like ASWJ whose militants had also killed their own Punjab chief, Shams ur Rahman Muavia in 2013 (“Murder they Wrote”, The News)

Senator Abidi’s arrest serves a number of purposes to the PML N government and the Pro Taliban layer of Pakistan’s establishment. It allows them to perpetuate their False binaries of “Sunni vs Shia” as well as remove impediments to their combined support for Deobandi terrorists of ASWJ, Taliban and Jaish. However, the results of this arrest have been the opposite.
This arrest has united not just Shia political parties and groups but other quasi secular parties like the MQM and PPP. PTI is also considering joining this alliance against the PML N government and its rabid support for ISIS-affiliated terror groups. Fake media accounts operated by ASWJ tried to widen the rift between the PPP leadership and Senator Abidi post his arrest have already been exposed.

The murder of low level Deobandi activists and militants was a pathetic and weak diversionary tactic by the PML N government and the Rangers. The country is in no mood to tolerate the terrorist groups under the DPC umbrella that are being lovingly nurtured by the PML N and the establishment. The country is sick and tired of ASWJ and its relentless targeting of Sunni and Shia muslims as well as Christians. 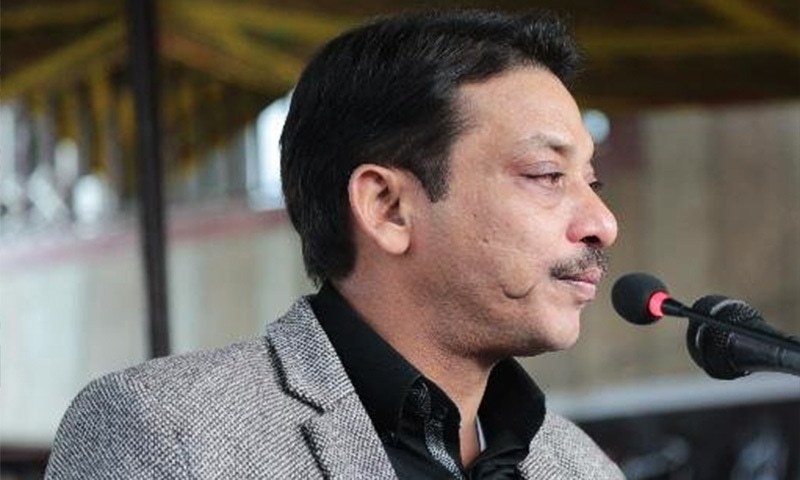 Faisal is the icon of the struggle against Genocide of Sunni Shia Christian Hindu all oppressed nations of Baloch Saraiki Sindhi Pashtun, United Let us Build Pakistan

Senator Faisal has been one of the most vocal against the Deobandi terrorism of the Taliban and ASWJ-LeJ that has claimed the lives of over 70,000 Pakistani citizens and soldiers. He singlehanded exposed the corruption and nepotism of Pakistan’s compromised former Chief Justice, Iftikhar Chaudhary. Under Iftikhar Chaudhary, the Supreme Court had become notorious for releasing Taliban terrorists while dragging its foot on the Baloch missing Persons case. Faisal Raza’s arrest has galvanized the nation and protests are erupting nationwide.