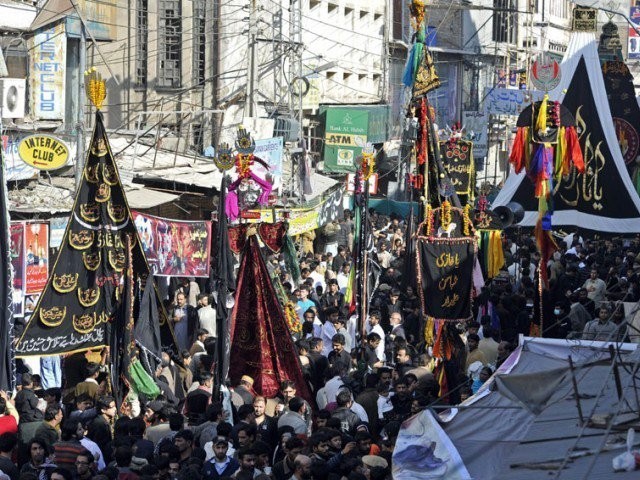 There are those who want to limit Ashura to politics and revolution – a far cry from when I was growing up in Karachi when it was about love and remembrance. Those were times when it was difficult to separate Shias from Sunnis in the bustling metropolis of Karachi.

In the 10 days leading up to Ashura, many Sunni households would not cook meat. Many would eschew celebrations; often up to the Chehlum of Imam Hussain. The city would be adorned with Sabeels offering cool water and sherbets during the day. At night, the back allys would be lined with giant cauldrons of haleem.

Sunnis and Shias would attend the speeches and elegies for Imam Hussain. On the 9th and 10th, hundreds of thousands would attend the Juloos (procession ceremonies and Sunnis would be a significant part of these ceremonies. The diverse communities and sub-communities of Karachi- intersected by faith, sect and ethnicities would commemorate Ashura in their various diverse ways which also included flagellation by hand and knives and as well as carrying Alams and distributing free food and drink.

Sunnis did not participate in every one of these rituals and neither did the Shias but Muharram was never about uniformity – it was about a shared heritage of commemorating the sacred and cosmic sacrifice of the Holy Prophet’s family to save Islam from despotism and oppression.

It still is about love and remembrance for the most part but one cannot deny the politicization of Ashura; especially after the Iranian Revolution. After the Revolution, some clerics feel a greater need to curb and limit the heterodox practices of commemoration and reduce Imam Hussain to a quasi-Left revolutionary. They want to legislate the passion out of Azadari and reduce it to a neatly packaged dogma that fits the lens of Post Revolution Iran. This sentiment has gained some foothold amongst elite Shias as well as expat communities. Similarly, we also see the Saudi-sponsored view, which simply wants to forget about events at Karbala and the sacrifice of Imam Hussain and his family.

However, nearly 1400 years after the events, neither has the passion dimmed or the love diminished. More than anything, it is this undying love that is one of the greatest unifiers amongst various Muslims. And Not just Muslims but Hindus, Christians, Sikhs and Atheists who all participate at various levels in this global commemoration.

Currently, we are going through a phase where intense efforts are being expended to promote a False Sunni vs Shia binaries and no where is this more apparent than the media coverage of Ashura and Muharram. Shias are presented as “barbaric” flagellants and Sunnis are presented as the terrorists who want revenge. Such depictions are full of omissions, misrepresentation and utterly lacking in nuance.

For those from a Sunni background, it is downright insulting that their participation over centuries has been wiped out. Similarly, for Shias, every other ritual is sidelined and all we see is Shias drawing blood. When Muslim kids are being blown up in Yemen, Syria, Iraq and Pakistan for geopolitical chess games and arms deal, what is really more barbaric? A small percentage of flagellants who draw their own blood versus an emerging global order that wants Muslims to drown each other in the most bloodiest of fratricidal civil wars.

The shared commemoration for Imam Hussain is probably the best alternative to this horrific nightmare.