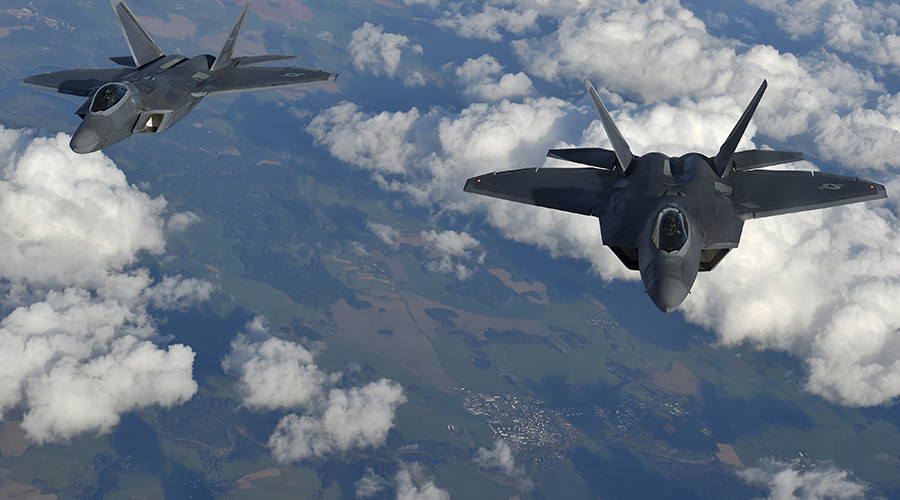 Talking about America’s exceptionalism, Clinton is trying to provide a rationale and an argument for US hegemony and domination of the world, says Gerald Horne, author and historian.

In an attempt to offer voters a different perspective on the United States than her Republican challenger, Donald Trump, who is pushing an “America First” platform, Clinton this week promoted the idea of the United States as the “exceptional” nation in the world.

“If there’s one core belief that has guided and inspired me every step of the way, it is this: The United States is an exceptional nation,” Clinton, the Democratic presidential nominee, told a meeting of the American Legion’s national convention.

RT spoke with author and historian Gerald Horne for his opinion on these sentiments and what they mean for global politics.

RT: In her latest interview to NYT, Hillary Clinton stressed the importance of the US going as far as to call the country “exceptional” and “indispensable”. What are your thoughts on that?

RT: During one of her rallies this year the Democratic candidate explicitly accused Vladimir Putin of raising the popularity of ‘extreme nationalism’. Do you think her stance on the Russian leader goes at odds with her recent statement?

GH: She gives away the game when she talks about the so-called alliances, the military alliances, such as the North Atlantic Treaty Organization, which lost its reason for being when the Soviet Union collapsed, but continues plotting along nonetheless and is moving ever closer to the borders of Russia, which is a direct provocation. When she talks about US exceptionalism, I would also urge her to go to her history books and study about the dispossession of the Native Americans and the enslavement of the Africans, which formed the foundation of this country. If she ingested and digested those lessons, I think she would be much less inclined to talk about so-called US exceptionalism.

RT: The idea of exceptionalism is something Hillary Clinton also dismisses as a part of the US patriotism, yet many deem it to be a flimsy comparison. What’s your take on that?

GH: Well, it’s very odd for Secretary Clinton to be talking about extreme nationalism. If you read those words that forms the basis for our conversation, you could easily conclude that the word chauvinism, which is actually a French derivation, might be of US derivation. That is to say, her words reeked with US national chauvinism, so it’s rather odd that she would accuse another leader of what she is actually guilty of.

RT: Boosting patriotism through imposing the ideas of being superior to other nations seemed like a worrying trend to quite a few people on social media, with some of the users even bringing up the policies of Adolf Hitler as an example. How fair is this comparison, in your opinion?

GH: Well, to repeat the United States is an exceptional nation. It’s exceptional in its level of violence, particularly in terms of the founding of this so-called republic. It’s exceptional in its level of racism, particularly towards black people as reflected in police killings that have pot marked the landscape on a regular basis for months if not years now, so yes, she is correct when she talks about US exceptionalism. The problem is that she’s looking through the wrong end of the telescope.

RT: The US exceptionalism can be also seen through the role of the “international police” the country has long assumed.

GH: Let’s put it this way. Like many people in North America right now, I’m very much concerned about the prospect of war right now. When Secretary Clinton talks about establishing a no-fly zone in Syria, she is basically saying that if she’s sworn in to the highest office in the land, in January 2017, she will be challenging Russian jets over Syria. This is a direct provocation. It could easily devolve into World War III. I’m very much concerned about the hawkish language coming out of Washington that in a very cavalier fashion is talking about confronting and challenging Moscow, a major nuclear power. This is insanity. This is lunacy. This is extremely dangerous.

The United States styles itself as the police officer of planet Earth. The problem is no one has appointed the United States to be the police officer of planet Earth. I would advise Secretary Clinton as I would advise others in Washington that they should take their demands and their claims to the United Nations Security Council and United Nations New York and hash them out there, and come to a compromise, rather than unilaterally seeking to impose their diktat all over the world, most recently in Syria.