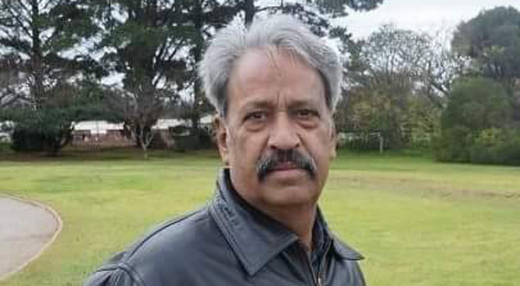 Non-stop Shia genocide continued in Pakistan, Now notable educationist, Shia Muslim Syed Mansoor Zaidi has been gunned down and his son Syed Ammar Zaidi critically injured by armed Deobandi Takfiri terrorists of so called Ahle-Sunnat Wal Jamat –ASWJ aka Sipah Sahaba-SSP today in Karachi , Syed Mansoor Zaidi and his som Ammar came under fire when they both standing in front of their house.

Syed Mansoor Zaidi was running a Mehran Public School in Sha, Faisal colony no 4 Karachi. He has permit of 7th Mohraam Juloos of Shah Faisal colony Karachi. And he was General Secretary of Private School Association. He was caretaker of Imambargah Zainul Abideen in Gulistan-e-Johar Block 8 area of Karachi.

As Mohraam started , first we saw target killing of four women from Hazara community due to their Shiite identity , then due to same Shiite identity two Pashtun Shiite Muslim young men were gunned down in Hassanabdal. And now this was Syed Mansoor Zaidi, who were targeted to death and his son also was target but miraculously he not yet died but is in Agha Khan Hospital in critical condition. Shiite community is in the line of fire due to Deobandi Takfirist terrorists who are roaming freely. ASWJ aka SSP is banned just in papers but leadership of this banned organization is spreading hatred and instigating Deobandi youth against Shiite community.

All four provincial governments in Pakistan actively putting curbs on Azaadari at behest of SSP/ASWJ /Jaish/Taliban coalition allies . Karachi where today Syed Mansoor Zaidi was targeted to death has become save heaven for ASWJ and its death squads. Sindh Police and Rangers have done little to uproot ISIS affiliated Deobandi terrorists groups. But Sindh Police and Rangers in Sindh are more interested in ransacking Sabeel-i-Imam Hussain and banning traditional Mourning processions and Majalis.