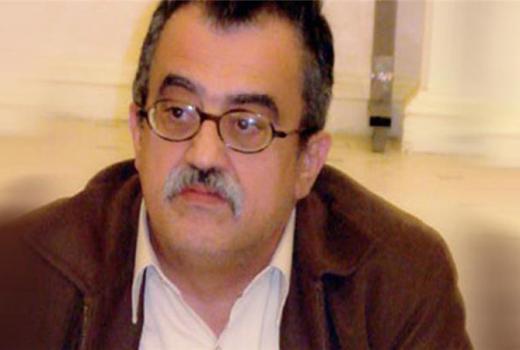 Socrates of Arab world, Nahed Hattar was killed. His crime of was to mock concepts of religion, God, Heaven and Jihad of ISIS.

A gunman has shot dead prominent Jordanian writer Nahed Hattar outside a court where he was facing charges for sharing a cartoon deemed offensive to Wahhabism.

This is very shocking news for me.Nahed Hatter was in my one of favorite Arab writers and journalists. He was alien intellectual in Jordan where influence of Wahhabism and Akhwan-ism made impossible for majority of writers and intellectuals to speak whole truth and adopt different discourse from Takfirists.

Nahed Hattar perhaps only one prominent Jordanian journalist who was not towing policy of King of Jordan on Syria, Yemen and Iraq. He was outspoken journalists who always wrote ‘truth’ about Al-Saud and their policies.

He committed two biggest crimes while residing in Jordon, one was his opposition to so called Free Syrian Army and others groups who were part of imperialist policy of regime change in Syria and Wahhabist strategy of Al-Saud in eyes of Nahed Hattar. Other big crime of Hattar was his Christian background.Wahhabists religious establishment of Jordan was not ready to give him right to say some dissent things on Question of Wahhabism , Takfirism and its link with regional and global terrorism. Therefor after his assassination we did not find any sympathy among Darbari and Sarkari so called Jordanian intellectuals. Even style of reporting in pro Al-Saud and Wahhabist Arab ruling elites media is not showing any sympathy. Al-Jazeera website quoted hateful remarks of Jordanian writer Fahad al Khitan, who called Nahed Hattar  a “fool” for “making a big mistake”.

Nahed Hattar was included among those intellectuals who always opposed Wahhabism as existential threat for whole Arab civilization due to its dreadful exclusionist tendency. He was outspoken against Wahhabist concept of religion, Jihad. He was against Islamism and Wahhabist Political interpretation of Islam.

His foes and enemies could not defeated him in the field of knowledge and they could not compete him through logic and argument. Then they used last weapon against him, weapon of blasphemy. He had shared a cartoon mocked ISIS-Daesh  on his facebook page and he was blamed for touching the divine, which caused great sensation in Jordanian society according to Sarkari and Darbari pen-pushers.

Nahed Hattar, Christian leftist journalist was born in 1960, graduated in Sociology and Philosophy from The University of Jordon and then Masters of Philosophy in the contemporary Salafi Ideology.He written many books including ‘al-‘Iraq wa-ma’ziq al-mashru’ al-imbraturi al-Amriki’ ‘al-Libraliyah al-jadidah fi muwajahat al-dimuqratiyah qira at fi al-halah al-Urdunniyah (Tahawwulat Urdunniyah), ‘al-Nukhbah al-Urdunniyah wa-qadaya al-tahdith wa-al-dimuqratiyah’. He offered sharp criticism on Political Islam and its link with Wahhabism, Ikhawanism and Takfirism. He analyzed well experience of Marxism and Arab Nationalism in Arab world. I began to read his articles appeared in Lebanese left oriented daily newspaper Al-Akhbar and translated some articles when Saudis started a war against people of Yemen. He was prisoned in 1979,1996,1998 due to his political ideas and his opposition to monarchy in Jordan. He had quitted to write in Jordanian newspapers since 2008.

Irony is that in Jordanian society which is depicted a modern and moderate society by some western analysts could not bear criticism and satirical cartoon mocking concept of Jihad, God and Heaven by ISIS and not only right winger Wahhabist camp in Jordanian Journalism declared mocking Daesh or ISIS equal to mocking Islam and God but demonized fully Nahed Hattar. Although he clarified that he was no intention of mocking God, Paradise and Islam and Cartoon was not about concept of Islam but about concept of Daesh or ISIS but hype had been created by Salafi Clerics and State was behind such Takfiri forces. Insane campaign against only one and single dissenting voice of Jordan and last intellectual non-frightened of Al-Saud and Wahhabist Takfirists proved fatalistic at last and a great Arab intellectual, writer , journalist was shot dead by fanatic despite heavy security around Nehad Hattar.

Interesting thing to know about Nahed Hattar is that he always exposed those Arab liberals in general and Jordanian liberal cults in particular who were calling chaos in Syria a revolution and spreading false conspiracy theories like Shiite Expansionist or Iranian Expansionist design in Middle East while obfuscating alliance among global imperialist forces and regional Wahhabist Monarchies in the name of regime change in Syria and its links with regional and global terrorists organizations sharing same Wahhabist Ideology. That was big crime of Nahed Hattar.Perhaps due to his that criticism on fake liberals of Arab we find mostly negative reporting on murder of Nahed Hattar in various western media official websites and many so called Arab liberals are stressing more to tell the people about his supposed follies rather than telling his contribution for progressive , enlightened thinking in Arab world.

Assassination of Nahed Hattar is a shame for Jordanian society. He was Socrates of Arab world. But from Arab world there are many voices who are not only admiring Nahed Hattar but condemning in strong words his Takfiri killer and their supporters.

“ If you cut one pen , we will make two pen” , wrote a close friend of Nehad Hattar on his wall on Facebook with hashtag NehadHattaR.

Oh, shame on us

Yes, You defeated Us