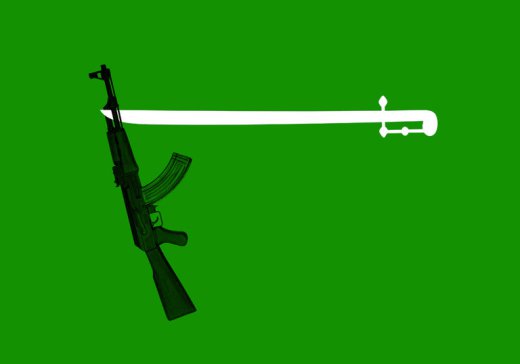 After identifying arrested suicide bomber who is now in custody of Karachi CTD police as student of seminar Abu Huraira in Karachi and knowing that both suicide bomber were Pakistani some myths and reality of false claims made by civilian and military officials have been exposed bitterly. Our Civil and Military leadership made claims various time that Indian spy agency RAW and Afghan intelligence agency RAMA are involved and they are sponsoring suicide bombings and other types of terrorist acts in Pakistan.

They insist that terrorism in Pakistan is joint proxy of RAW and RAMA.Sindh Rangers spokesman various time issued such press releases which say that these are target killers of MQM who are targeting Shiite community, Deobandi and Barelvi scholars even Ahmedis on orders of RAW in Karachi and Sindh.But arrested suicide bomber Usman is telling us other story which falsified claims of civil and military officials of Pakistan.

This is not only military and civilian authorities of Pakistan who are in denial state about Pakistani and Deobandi Exclusionist identity of 99% terrorists 100% suicide bombers involved in major and minor terrorist acts in Pakistan but mainstream  religious and political leadership of Deobandi School of thought , leadership of Jamat-i-Islami , Tableeghi Jamat and Deobandi Wafaq-ul-Madaris also are in this state.Wafaq-ul-Madaris –an umbrella organization of Deobandi Seminaries in Pakistan never cancelled registration of those Deobandi seminaries involved inpouring  Takfiri or exclusionist ideology in minds of Deobandi young students studying there and paving way for their recruitment in terrorist organizations like TTP, LeJ , Ahrar and others.We did not see even single notification banning entry of speakers, preachers, scholars of banned(just in papers) Deobandi Takfiri terrorist organization ASWJ/SSP in seminaries and mosques affiliated with it.Deobandi mainstream leadership political and religious never secluded itself from Takfiree elements like ASWJ.

Even leadership of Tableeghi Jamat like Tariq Jamil never condemned leadership of ASWJ.And radicalization of Deobandi youth through Deobandi seminaries and mosques are growing more and more day by day.On side of Deobandi sect target of takfiree elements are Deobandi youth and many young deobandis are accepting anti-Shiite, Anti-Sufi Sunnis, anti-Christians ,anti –Hindu and anti-Ahmadis militant ideas which ultimately are pushing them toward Takfiree so called Jihadist groups active in Pakistan and in other regions.

Deobandi mainstream leadership never bothered to think about tragedy happening with Deobandi young people who either are being hanged by military courts or killed in CTD police encounters or in picked up and then included already long list of missing persons or changed into pieces by airstrikes of military operations. They still do not put responsibility of this tragedy on those people who are champion of so called Jihad and pouring Takfiree Ideology in minds of Deobandi youth. They patronage, Takfiree Mullahs like Muhammad Ahmad Ludhiyanvi, Aurangzaib Farooqi , Ramzan Mengal , Rubnawaz Hanafi and others of banned ASWJ. We see such Takfirees/exclusionist Deobandi leaders in their main representative conferences, annual congregations and functions of seminaries.

Even mainstream Deobandi leadership come forward to save them whenever government shows its intention to take action such elements. Although some Deobandi leaders in Senate and National assembly raised question about policies of military leadership like Jihadi proxies during Afghan war but they did not uttered even single word against Saudi Arabia and Takfiree Deobandi Ideology in their criticism.

This is fact that Deobandi religious and political leadership without any exception never think about worst result of strategic partnership with Saudi-Wahhabi clergy and accepting huge funding from gulf Wahhabi Arab states, even Indian Deobandi clergy is not ready to quit this partnership and towing Saudis without any regret and shame. Pakistani Deobandi mainstream leadership do not accept that these are Deobandi radicalized guys who blew themselves in markets, Bazars , shrines, mosques, Imambargahs, religious and cultural congregations of Sufi Sunnis(like Eid-i-Milad-un-Nabi ) , Shiite, Christians, Ahmadis and Hindus.

They not only obfuscate their Deobandi identity but call them Indian, American agents. We never see Fazalurahaman-head of Deobandi mainstream religio-political part uttering even single word on real identity of terrorists having takfiree ideology.This is clear hypocrisy and Deobandi families are also victims of this hypocritical policy based on opportunism in addition to victims of Takfiree/Exclusionist terrorism in Pakistan.

In mainstream media very rare debate we see on radicalization of Deobandi seminaries, Deobandi youth and growing popularity of Takfiree fascist ideas among Deobandis and Salafi people and its links with Saudi factor.No doubt in Deobandis Takfiree Ideology began to dominate after strategic partnership between Deobandi leadership and Saudi Wahhabi clergy. Even history is also being distorted to hide some facts.

When Ottoman Caliphate declined and Ibn-Saud established Wahhabi state in Hijaz and others areas which are included now in Saudi Arabia then Deobandi and Ahl-i-Hathis Leaders including all leadership of JUH, Majlis Ahrar became supporters of Ibn-i-Saud and they deceived Sufi Sunni leaders like Abdulbari Farangi Mahal then it has become clear that Deobandi mainstream leadership has surrendered in front of Wahhabism.With the passage of time boom of petro-Dollar pushed Deobandis more toward in Saudi camp.Pakistani Deobandi leadership further joined imperialist so called Afghan-Jihad project and paved way for recruitment of  hundreds of Deobandi young people for this project.Deobandi and Salafi youth of Pakistan were used to run Jihad-i-Kashmir project of Pakistani Military generals with help of mainstream Deobandi leadership.

Indian and Pakistani Deobandi leadership both joined Saudi camp and gave great cooperation to Saudis for their project of expansion of Wahhabism not only in south Asia but in north Africa , Europe and America also. Saudi Wahhabism could not expanded under banner of Salafism as fast as it expanded and expanding under guise of Sunni-Hanafi Deobandi Islam. It is very interesting to know whole story of opportunism adopted by Deobandi clergy with changing geo-political situation in Middle East after decline of Ottoman Empire.

When Ottoman Empire was not declined and powerful at that time leadership of Deobandi sect posed itself Sufi Sunnis as we can see their joint letter showing them staunch enemy of Muhammad bin Abdulwahhab and their hatred toward Wahhabi movement of Ibn-Saud  sent to pro-Ottoman Sufi Sunni Arab clergy in Hijaz including Mecca and Medina signed by prominent Deobandi leadership including Mahmoud Hassan founder of Rashmmi Rumal Tehreek , Hussain Ahmad Madani , Ashraf Ali Thanvi and others.But after creation of Wahhabi State Saudi Arabia Deobandi clergy at once changed their stance and they all became supporters of Wahhabi Movement while calling Ibn-i-Saud real Islamic ruler and follower of Book and Sunnah.

What happened in last days of Caliphate Movement and how Deobandi and Salafi leadership of Indian sub-continent started to support child of British imperialism and then of American Imperialism is that story which always is excluded  or distorted in history books written by Deobandis and Salafis of Pakistan and India. Even our some progressive and left circles do not tell this story to their followers and readers.

Deobandism with mixture of Wahhabism funded by Gulf Arab Wahhabi states has become hub of Takfirism-Exclusionist Ideology and this is cancer for our society.Majority of Deobandi Seminaries has become nursery for Takfiree Ideas.Shiite, Sufi Sunnis , Ahmadis are polytheists, Innovators, friends of enemies of Islam so they all deserve to death and their congregations should be destroyed through suicide bombings are crux of teachings of Neo-Deobandism.

Irony is that Pakistani Secular-liberal parties and their leadership could not form still any substantive position on Question of Neo-Debandism , strategic Partnership of Deobandi Clergy with Saudi Arab and growing Takfirism in society. Military Junta still see Deobandi and Salafi mainstream leadership as their assets and they are patronizing more radical elements in Deobandi and Salafi like ASWJ, JD and others.

They are protecting bad guys like Hafiz Saeed, Farooqi , Ludhiyanvi , Masood Azhar and many more others. Saudis are free to pouring Riyals in pockets of Deobandis and Salafi leadership and then to use for their interest. Urban commercial centers are their focus of activities and small and remote areas provide them foot soldiers.